This feature is currently seen by WABetaInfo 2.22.7.4 version. The update is currently under development and is supposed to roll out to beta testers, followed by all users in the upcoming days. 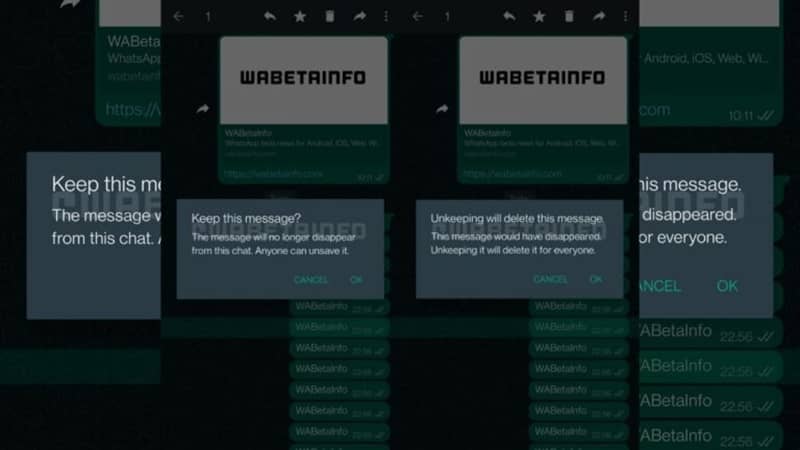 See how this feature works :

Similarly, if you tap on ‘Unkeep this message’ it will show “This message would have disappeared. Unkeeping it will delete it for everyone” with this your selected message would disappear after its time limit.

The feature is currently in its very early development stages and is yet to be rolled out to beta testers. As a result, we might see a few changes in the UX or how it works or is implemented.

In new updates, we will get this feature’s benefit to reduce the issue caused by having the disappearing message feature enabled by default.