Twitter is a platform where you can connect with celebrities. It’s also an exciting place to watch videos, read news, connect with people with similar interests, and more.

While the functionality of Twitter has changed a lot over the years, there’s a thing that remained unchanged – Bugs. Twitter has a few bugs that prevent users from using the site’s features. Recently, a Twitter bug is logging out users of their accounts.

So, if you are also a victim of the Twitter bug that logs users out, you may find this guide very useful. In this article, we will discuss a few things that will clear all your doubts related to why Twitter logs me out.

Contents show
Fix Twitter Log Me Out Problem
1. Twitter’s servers are down
2. You are Using a Private Browser
3. Cookies are Disabled in your web browser
4. Your Twitter App is Problematic
5. You are using a VPN/Proxy
6. You are using a third-party Twitter app

Along with the reasons, we will also share the troubleshooting tips that will prevent Twitter from logging you out of your account. So, let’s get started.

1. Twitter’s servers are down 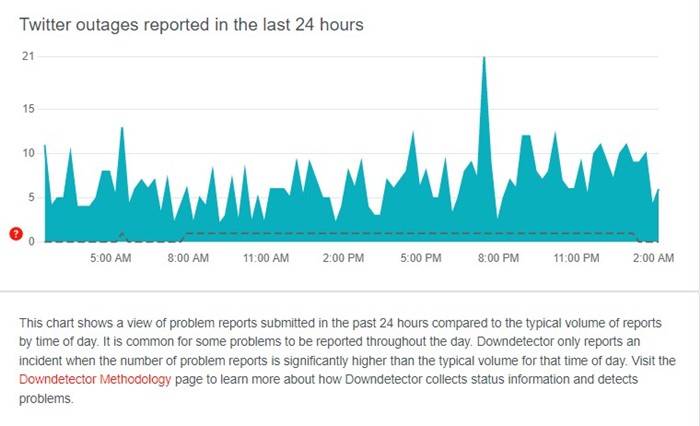 When the servers of Twitter are down globally, you will face problems while using most of the features. You won’t be able to reply to the tweets; the media files won’t load, the videos won’t play, and more.

So, chances are that the servers of Twitter are down, and hence the mobile app or the desktop version is asking you to log you again and again.

2. You are Using a Private Browser 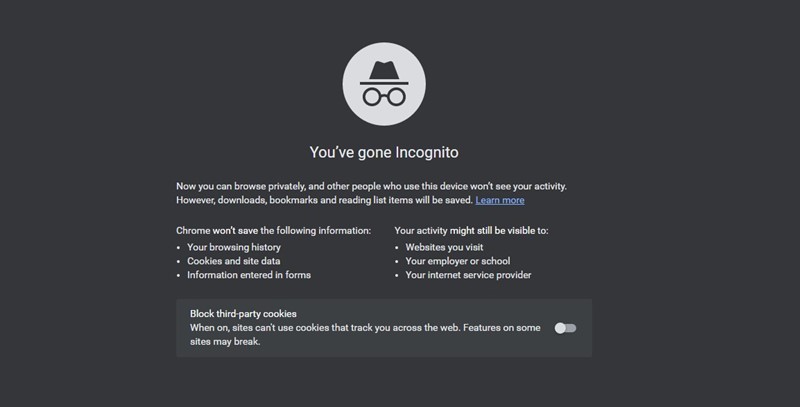 While Twitter runs fine on the Incognito or Private browsing mode of modern web browsers, some less popular browsers may raise compatibility issues.

Hence, if you want your browser to save your login information, make sure to use the normal browsing mode instead of Incognito/Private mode.

If you don’t know, Cookies are text files used by websites to save information about your visit. Websites stores your data along with the login information in the cookies.

The problem is that several extensions or browser add-ons can delete the cookies files. When this happens, you will be asked to log in again.

So, make sure cookies are not disabled on your web browser. Below, we have shared steps to enable cookies on the Google Chrome browser.

1. Open Google Chrome, and tap on the three dots in the top-right corner. From the list of options that appears, select ‘Settings‘. 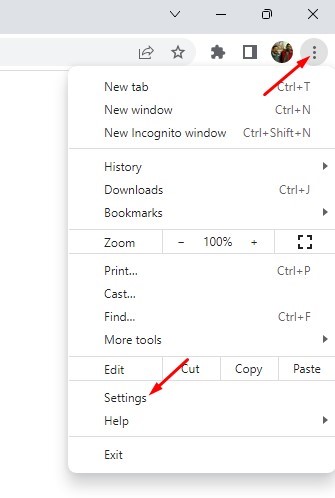 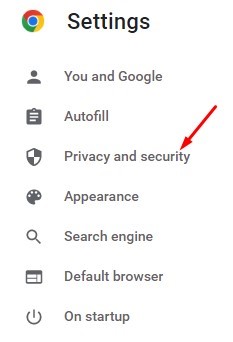 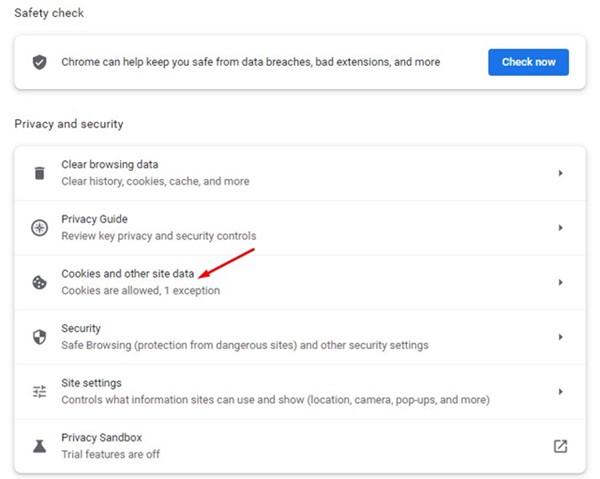 3. Next, under the General settings, select ‘Allow all cookies‘. 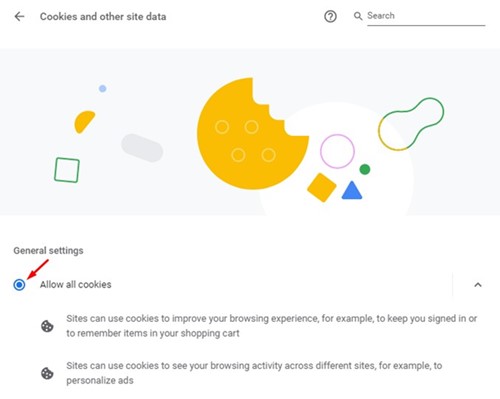 That’s it! This is how you can enable cookies on your web browser.

If you are wondering why the Twitter app keeps logging me out, there could be an issue with the app itself. Occasionally, the Twitter app for Android and iOS can run into problems and instantly log you out.

If Twitter logs you out randomly, it’s best to clear the app cache. Clearing the Twitter app cache on Android will probably fix corrupted/outdated cache files.

When the app cache gets corrupted, the app tries to read from the corrupted cache and logs you out. It’s pretty easy to clear the Twitter app cache on Android; for that, follow the steps we’ve shared.

1. Press the Twitter app icon on your home screen and select ‘App Info‘.

3. On the Storage usage, tap on Clear Cache.

That’s it! This will possibly fix Twitter’s randomly logging you out problem on Android. On iOS, it’s recommended to reinstall the Twitter application.

5. You are using a VPN/Proxy

Using a VPN and Proxy is not recommended, especially on sites like Twitter. Most social networking and instant messaging app run into a problem when your phone/computer connects to a VPN Server.

Many users have reported fixing Twitter keeps logging-out problem just by disabling the VPN app. The problem happens when the app detects VPN and fails to connect to a different server.

When the connection to Twitter’s servers fails, you are immediately logged out and asked to log back in. Even if you’re not using a VPN, make sure to check the proxy settings. It’s recommended to disable both VPN/Proxy servers to resolve Twitter keep logging-out problem.

If you are a regular user of the Twitter Android app, you may know that the app lacks many important features. To fulfill those features, users often install third-party or modded Twitter apps.

There are quite a few legitimate Twitter apps for Android that unlock many useful features. Those apps are free to download, most of which are available on the Google Play Store.

You will also find third-party Twitter apps for iPhone as well on the Apple App Store. Twitter doesn’t recommend such apps; if it detects one, it will log you out. In the worst case, using a modded Twitter app can lead to an account ban.

So, if you’re using a third-party Twitter app that is no longer active or in development, it’s best to uninstall it. However, make sure to unlink your account before you uninstall such apps from your smartphone.

So, these are the reasons why does Twitter log me out. If you need more help understanding why Twitter logs you out, let us know in the comments. Also, if the article helped you, make sure to share it with your friends as well.