Microsoft has finally announced Windows 11 at the live event. The live stream has begun on the Microsoft website with the chief product officer Panos Panay. After months of the teaser and leaked details, the company has provided us an early look at Windows 11.

The CEO of Microsoft, Satya Nadella, said that this version is “one of the most significant updates to Windows of the past decade.”

Windows 11 will Release Later This Year, Testing Release Next Week. 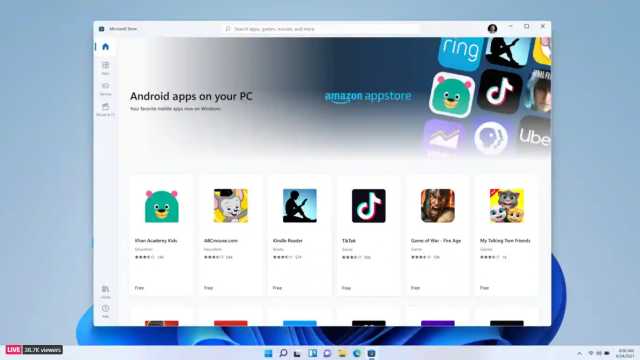 The chief product officer Panos Panay announced that the Start Menu has moved to the center, and it looks like the design has been rebuilt. These new changes are similar to Windows 10x. The dock bar at the bottom looks like Mac.

Windows 11 is more touch-friendly; it allows you to use two apps side-by-side. The Snap layouts allow the users to select different layouts while opening multiple apps. Windows will remember the layouts that the user selects and use them later when needed.

If you are a tablet user, then this OS will work better in touch mode. In Windows 11, the company has enabled Haptics which will make it easier to use a pen. It has brought vertical tabs to easily see all the tabs that you had open on Edge browser.

Windows 11 is integrating with others, as the users will be allowed to call anyone, make a video call on any device, including mac.

Microsoft has redesigned the entertainment section; it will highlight all the movies and shows.

Microsoft is bringing superior graphics with Auto HDR for gaming. You will see a whole new level of gaming with these graphics. More than 1000 games on Windows 11 devices that support Auto HDR will automatically be enhanced. Such technology is used on Xbox.

The game pass for Xbox will be built directly in Windows 11 with the Xbox app.

The new Operating System brings a new application store and also better compatibility with widgets. The OS will also have a dark and light mode.

The new app store will support Android apps. With the new feature Snap layouts, the users will be able to use apps in smartphone format, just like picture-in-picture mode.

Will the Windows 11 Upgrade Free for Windows 10 Users?

The new OS will be available as a free upgrade for Windows 10 users.

The upcoming OS Windows 11 will be launched later this year; the official release date is not announced. However, it will be available for testing next week for Windows Insider.

The new features of Windows 11 are built for business users, especially for those who use the OS with the external monitor. For example, it will automatically adjust the apps to a single screen when the user undocks the machine to take a call in the room and then readjust it when the machine is re-dock.