If you are reading tech news for a while, you might know that Microsoft released its first Windows 11 preview build a few weeks ago. The Preview build is only available to those who have joined the Windows Insider Program.

After about one week, Microsoft is rolling out the new Insider build (version 22000.65) to Dev channel users. So, if you are running the first preview build of Windows 11, you can easily get the second Windows 11 preview build via Windows 10 updates. 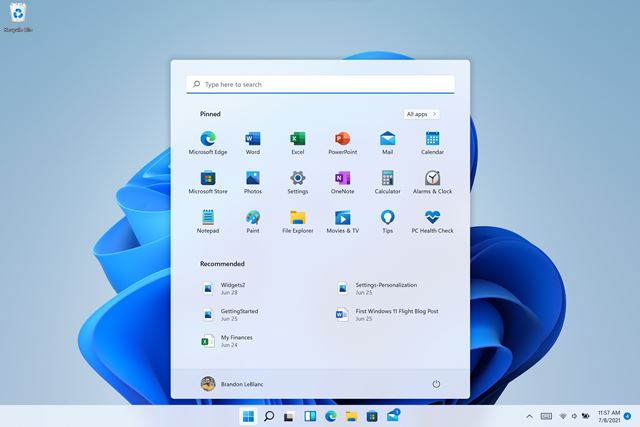 As expected, Windows 11 Build 22000.65 introduced lots of bug fixes and new features. However, the numbers of features were still less than the number of bugs fixes.

Usually, every new Preview build update from Microsoft is targeted at fixing existing bugs and enhancing the system performance. Windows 11 (Build 22000.65) does the same, and it will make your Windows 11 experience even better.

Although most of the Preview build updates only resolve existing problems & fix bugs in the operating system, the update has introduced some new features this time. Below, we have listed some of the best features of Windows 11 (Build 22000.65). 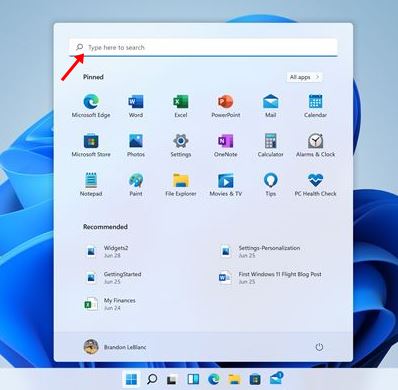 A new search box is one of the noticeable visual changes introduced the new insider build. The new update adds a new search box straight to the Start Menu, allowing you to search for apps & files directly.

If you are running Windows 11 on a laptop, you might find the new Power Mode very useful. The Power Mode settings are now available on the Power & Battery usage page. Users can access the page via the Settings panel.

Refresh Option in the Context menu 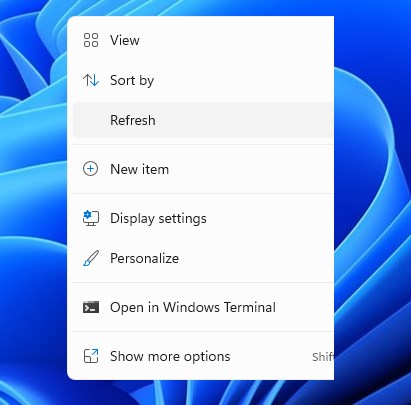 In the first preview build of Windows 11, the refresh option is hidden under the Show more options. However, with the second preview build, Microsoft added the refresh button straight to the right-click menu.

Like every Windows 11 preview build update, this one also has a few issues. The first and foremost issue you will face is the Start menu. Sometimes, the Windows search button might not work in the Taskbar.

Along with it, some taskbar issues are also reported by Microsoft. For example, the taskbar will sometimes flicker when switching input methods.

Also, users might face some issues with the Settings app, File Explorer, and Widgets. For a complete list of known issues, check out this webpage.

So, this guide is all about how to download & install Windows 11 Insider preview build 22000.65. I hope this article helped you! Please share it with your friends also. If you have any doubts about this, let us know in the comment box below.