This upcoming big update in its wearable operating system will also bring new features and enhance the performance of the previous workout apps integrated with the iPhone. 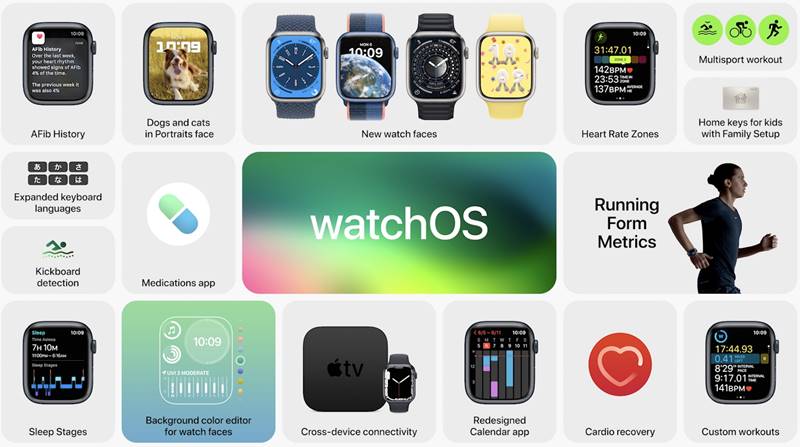 Let’s discuss every new feature and upgrade coming to WatchOS 9 that can improve users’ experience with the Apple Watch series.

The workout app launched by Apple is a fascinating update for users. It tracks heart rate zones while running and doing exercises to measure the intensity of the workout.

Now, users can easily create custom workouts or multisport workouts. Moreover, this update is helpful for athletes, and they quickly shuffle between different exercises.

These watch faces provide the depth effect on photos and focus on the selected one.

The update brings a fitness app that helps users get more workouts such as Cycling, Rowing, treadmills, and others. Users will get the workout sessions for fitness.

The medication app is the new tracking app for watches or iPhones announced by Apple. This app allows the users to scan medicine in the medical labs and many more.

Apple adds a new feature of sleep tracking, which detects sleep stages to measure the level of sleep. You can track your sleeping level through the sleeping app and get further details through the Health app.

Some other features added by the updates include:

In July, watchOS 9 Beta will be available for the public. This software update will be supported with Apple Watch Series 4 or later and for iPhones that run iOS 16, which means iPhone 8, or later including iPhone SE (second generation).