Especially, There’s a new story feature for gaming content that allows you to share your game moments to your friends & the Xbox community through a short story like Instagram and new Quality of Service (QoS) Tagging feature. 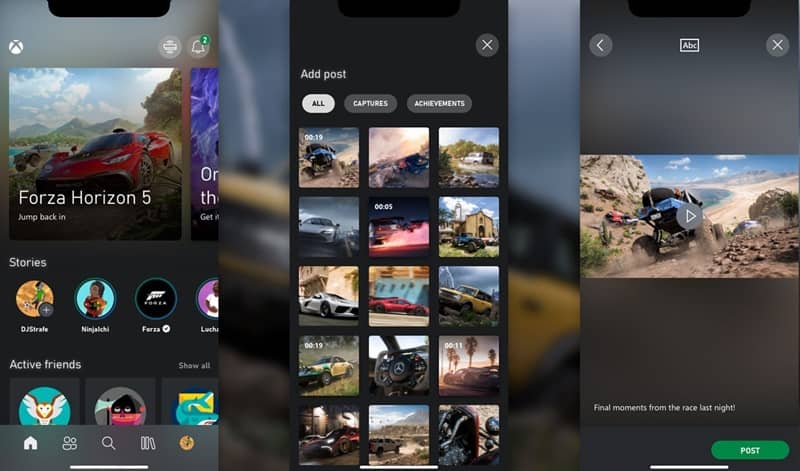 With the TikTok’s trend of vertical short videos for a limited time now, Gaming Creator can also take its benefits their way.

According to an official report from Xbox, This new story addition allows you to create the story of gameplay clips, screenshots, and achievements within a viewing capability of 72 hours.

Users can also reply to their friends’ stories with a message or a quick emoji reaction like the Instagram story feature.

Likewise, anything you share on your story is also going to post to your activity feed on your profile, and this stories channel bar can be discovered right on the main screen of the Xbox’s app.

And the other feature is Quality of Service (QoS) Tagging, which allows to sets the priority tags to outbound traffic like chats, console streaming, and multiplayer.

According to Microsoft, this feature will enhance your gaming experience from connection issues during high traffic times on the network.

This update is currently only launched in Australia, but soon other regions will also get this update.

How to Create a Story on Xbox Mobile App

To create a story, first you have to click on the ‘+‘ button on your Profile on the stories bar, as you can also see in the screenshot, and then select the game clip, screenshot, or achievement that you want to post from the gallery.

After selecting, you will go to the story preview page and you can also add a caption to your post and then click the post button.