We all know very well that a couple of months ago, in the middle of summer, when it became official with great fanfare the launch of MIUI 9. Now the Chinese smartphone manufacturer Xiaomi recently launched its MIUI 9.5 Global ROM and released the full list of compatible devices.

A few days ago the Asian manufacturer announced the news that it would come with the latest version of its interface. Now we know which terminals of Xiaomi will be able to update to MIUI 9.5, the personalized layer of the Chinese firm which is based on Android 7.0 Nougat

In principle it was expected that the Xiaomi Redmi Note 4 was the first terminal to be able to get the upgrade to MIUI 9.5 but as we have seen in the official blog of the company based in Shenzen the vast majority of terminals with Android 7 Nougat will receive this update.

For now the Xiaomi Redmi Note 4 Special Edition, Redmi Note 3 with Qualcomm processor, Redmi Note 4 and Redmi Note 4X, Xiaomi Mi Max, Mi Max Prime, Redmi 3S, Redmi 4 Prime and Redmi 4A will be the first terminals that will receive the update at the end of this month of March.

Finally, the Mi Note 2, My 5s, Xiaomi Mi MIX, Mi Note 3, Mi 5s Plus, Redmi Note 2, Redmi 3, Redmi 4, Mi 3 and Mi 4 will receive their MIUI 9.5 ration in the middle or end of April. As always, this update will arrive via OTA and in a staggered way so you should be patient because if your Xiaomi phone is on this list, sooner than later you can update it to MIUI 9.5. 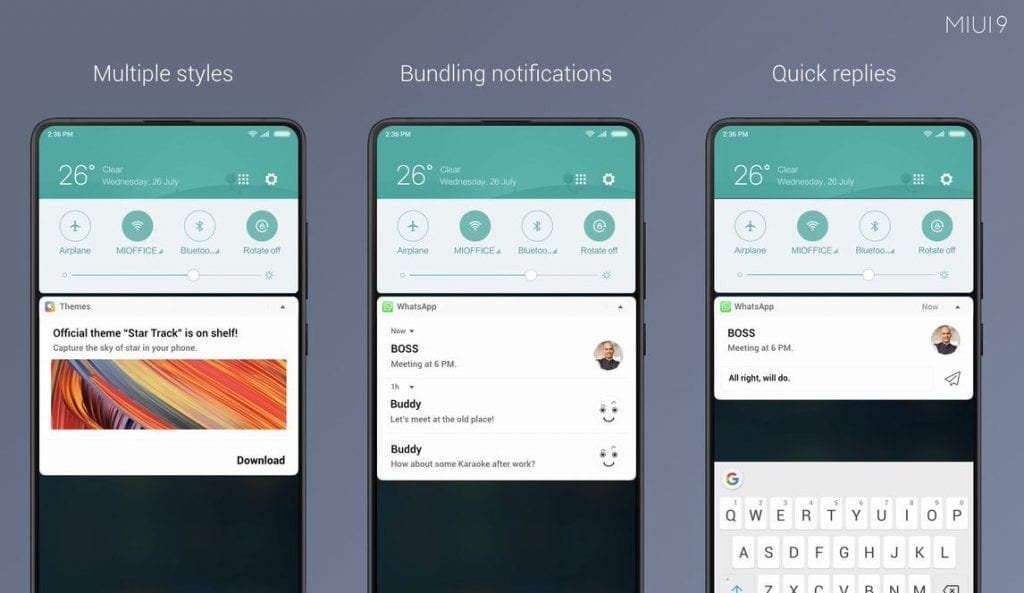 These are the novelties that MIUI 9.5 will bring

Among the news that will come after the update of MIUI 9.5 highlights the new notification system that will respond much more conveniently. And the Xiaomi terminals that receive the latest version of the interface of the manufacturer based on Android 7.0 Nougat can now respond to any message directly from the notification bar, without having to stop using the application they are at that time.

Yes, it is one of the main novelties of Android 8 Oreo that will arrive at the customized layer of the Asian manufacturer facilitating, and much, the process of answering notifications. In this way, by grouping the notifications as we have seen in Stock Android, it will be more comfortable to answer them. In addition, stability improvements are expected that will make the user experience much greater.

Now we just have to wait for the manufacturer to deploy the MIUI 9.5 update to the mentioned Xiaomi terminals to enjoy the latest version of its custom layer.