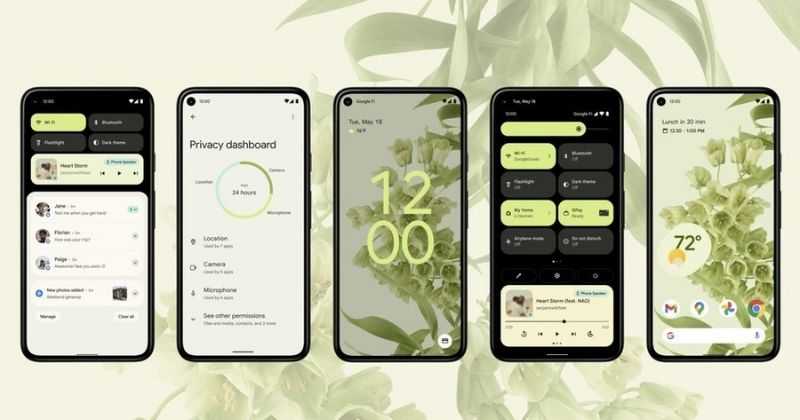 It can now be downloaded on 10 smartphones brand. However, even after a beta version, we will see some more changes till the stable version arrives.

Android 12 is the next operating system that is now available on more than 3 billion devices globally.

The developers can now try the final SDK and NDK APIs before the apps are ready for the next update.

Each brand has posted a full guide on installing the new OS beta version on the supported device. Make sure you are not installing Android 12 Beta on your daily driver. This is the first beta version, so it might contain bugs and issues that may harm your device.

However, not all the changes have been listed by Google in a press release. Instead, it shows the overview of changes that can be seen in the next version. We have already seen many details in Android 12 Developer Preview 1, Preview 2, Preview 3, so, not all the designs will be new to us if you follow the news from first.

It has brought a new feature where the lock screen can be adjusted from the darkness. Another feature is spotted on the lock screen there is a new button for Quick Wallet Access. The next one is the Quick Settings space is redesigned as it has included Google Pay and Home controls.

Now, you can long press the power button and turn on Google Assistant. Even performance wise it is improved, as the CPU time of the system server is reduced by 22%. We have also seen some new privacy features, like a new privacy dashboard that shows the timeline of apps.