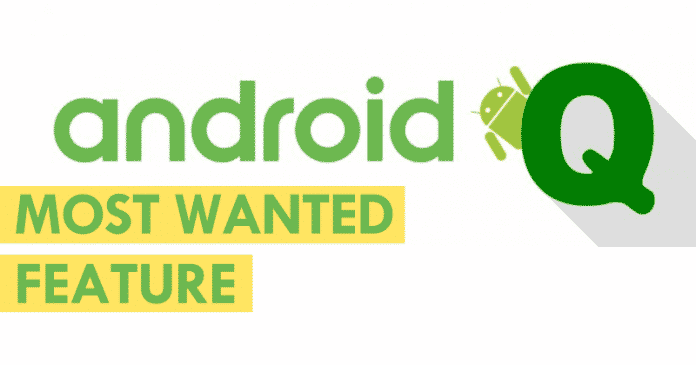 After the South Korean giant Samsung abandoned the screens that can identify the touch pressure on the Galaxy S10, now the tech giant Google decided that it would be interesting to take this ability to Android and natively.

Android Q To Get This Most Wanted iPhone Feature.

Even after the South Korean giant Samsung abandoned the screens that can identify the touch pressure on the Galaxy S10; now the tech giant Google decided that it would be interesting to take this ability to Android and natively.

The information appeared in documents for Android Q and clearly states that it is still in the initial testing phase. The paper demonstrates the operating system’s reaction to user interaction, whether in a simple touch, with a stylus, mouse, and a new definition known as “Deep Press”.

“The current event stream represents the user by pressing the screen more forcefully and intentionally. This sort of rating should be used to accelerate the behavior of pressing for a long time,” the document stated.

This type of interaction became famous with the 3D Touch of the tech giant Apple’s iPhone, which delivers the entire front of the device in a layer of the screen that can identify the pressure exerted, providing a different form of experience of use.

On the iPhone, the hardware needs to support the technology, but it’s still unclear if this will be true for Android Q or if the tech giant Google has some upside-down card that uses conventional screens to detect pressure.

ATheSouth Korean giant Samsung even delivered a pressure-sensitive area on the Galaxy S8, kept the feature on the S9, and ultimately abandoned the recent Galaxy S10. No other large companies like Motorola, LG, and Sony use something similar in their smartphones or the more expensive models.