A group of hackers, Anonymous, has announced that they are getting involved in the war going on between Russia and Ukraine. They have declared a “cyber-war” against Russia.

Earlier this week, the invasion of Ukraine started; since then, the Anonymous hacker, the Conti ransomware gang, and a threat actor in Belarus have got more active. On the other side, the US Cybersecurity and Infrastructure Security Agency (CISA) has issued a warning about the growing threat from the Iranian advanced persistent threat actors.

Anonymous group is supporting Ukraine, as the Russian military has ordered special military operations in Donbas. This hacker group claimed that they have taken down dozens of Russian websites in response to the military action in Ukraine.

Anonymous Supports Ukraine in the War Between Russia & Ukraine 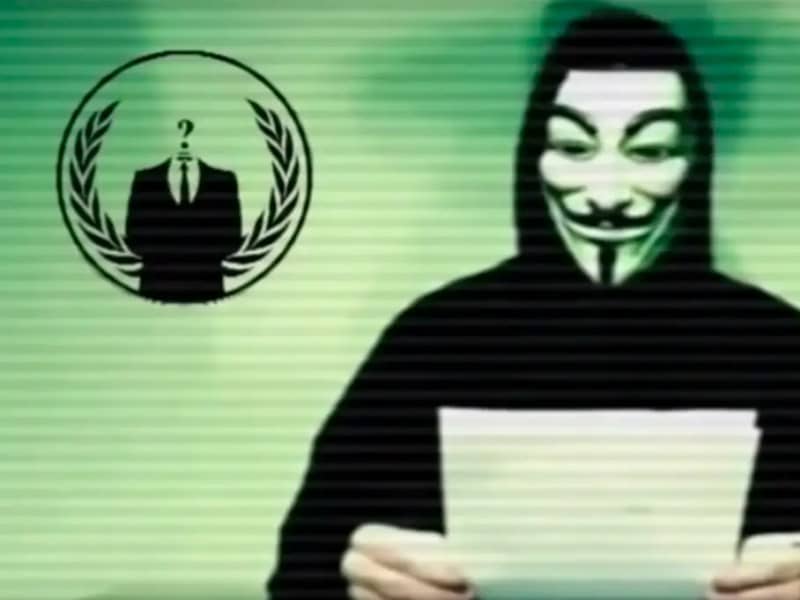 It was confirmed by the Russian state-controlled international television network, RT. The websites of the Russian government, the Kremlin, Duma, and the Ministry of Defence were affected by this cyber attack. A few of the sites were slowed down, and many others were taken offline.

According to the latest Tweets by Anonymous, the Russian armed forces are planning to bring a huge bombing operation in Ukraine.

The Anonymous collective is officially in cyber war against the Russian government. #Anonymous #Ukraine

On Thursday, the group announced on Twitter that they will launch an attack against the Russian government. Later on Friday, the members said it would leak login credentials for the Russian Ministry of Defense website.

The co-founder of Kyiv-based cybersecurity company, Yegor Aushev, told Reuters that he was asked by a senior Ukrainian Defense Ministry official to publish a call for help. The defense Ministry was looking for both defensive and offensive actors.

Anonymous is not the only one who got involved; there are other ransomware groups Conti and CoomingProject also published messages by saying they support the Russian government.

Conti wrote and said they are supporting the Russian government, “if anybody will decide to organize a cyberattack or any war activities against Russia, we are going to use our all possible resources to strike back at the critical infrastructures of an enemy.”

The researchers from cybersecurity firm ESET said a dangerous malware is found in Ukraine which can erase all the data from the system which is infected.

This malware is so dangerous because, once the data is deleted, it can’t be recovered. It can also attack the system recovery tools. However, still, it is not identified who has spread this malware.