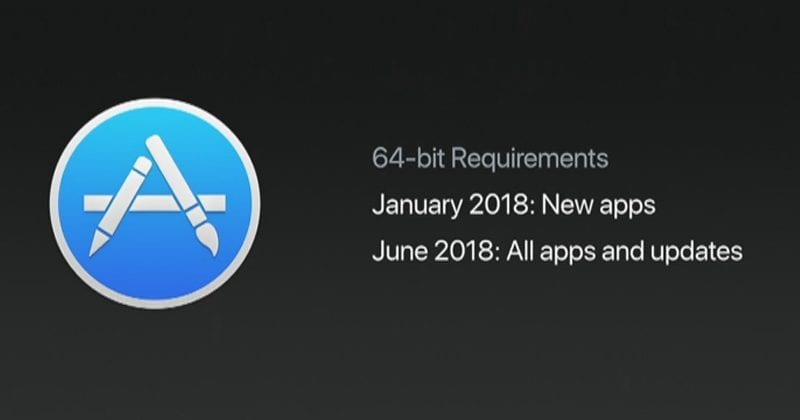 We all know very well that the tech giant Apple decided, some time ago, to end support for 32-bit applications on their operating systems. If in the case of iOS this process has already been and is already finished, in macOS is still taking the first steps.

Apple To End Support For 32-Bit Mac Apps This Week

The tech giant Apple decided, some time ago, to end support for 32-bit applications on their operating systems. If in the case of iOS this process has already been and is already finished, in macOS is still taking the first steps.

With well-planned goals and well-defined deadlines, this week the tech giant Apple ends the support for these apps in macOS. From January 31st the 32-bit apps can no longer be sent to the App Store. But there are other measures in the field.

With all of its devices already supporting 64-bit apps, it’s time for the tech giant Apple to take the step of eliminating 32-bit applications. With obvious advantages, this migration is expected to occur in the coming months.

In the first of these measures, and that will be taken to create awareness among users, the tech giant Apple will alert whenever an app with 32-bit dependencies is released. This will arrive with MacOS 10.13.4, which has now started to be publicly tested. The tech giant Apple introduced this measure in the release notes of this release.

“To prepare a future version of MacOS where 32-bit software will no longer work without compromise, starting with MacOS High Sierra 10.13.4, the user will be notified when launching an application that relies on 32-bit software. The alert will appear only once per application”.

The idea is even to alert users, preparing them for change and raising awareness for the need to update these apps. These alerts will only be shown once per application.

The measures set for the App Store

The focus on the App Store will also be important as that is where users have access to the new applications and the updates they currently use. The first step is taken on January 31st, with the end of new 32-bit apps. From that day on, only apps with 64-bit support will be able to be sent to the App Store, as announced.

Later in June this year, current apps will have to be converted to 64-bit, thus ensuring full conversion from the App Store to this new architecture.