We all know very well that we are almost in September and, every year, history repeats itself: As the tech giant Apple launches new iPhones. At this time of the year, the eyes of the whole world are focused on Cupertino company, of course, the tech giant Apple simply for the extraordinary news. Hence, this year will be no different. According to the latest reports, the tech giant Apple to launch three new iPhones, Apple watch with the larger screen, updated iPad Pros and much more.

Contents show
Apple To Launch Three New iPhones, Watch With Larger Screen, Updated iPad Pros
When will this event take place?
Where will the event take place?
What will be the name of the next iPhone?
Apple Watch with the new design
iPad Pro with Face ID
New upgraded Macs
AirPower
New software?
Conclusion

We are almost in September and, every year, history repeats itself: As the tech giant Apple launches new iPhones. At this time of the year, the eyes of the whole world are focused on Cupertino company, of course, the tech giant Apple simply for the extraordinary news. Hence, this year will be no different.

Come and let’s find out what the tech giant Apple should be preparing for its great annual launch event.

When will this event take place?

No one yet knows for sure when the tech giant Apple is going to hold this big event but when the rumors do not go away it’s because they must be true.

By carefully analyzing the pattern of recent events, and assuming that the dates of the past events serve as an indication of future events, it is most likely that the tech giant Apple will hold its iPhones launch event on September 12.

In addition, given certain rumors that have already reached us regarding the pre-sale date of the 2019 iPhones, and which we will discuss in the next paragraphs, September 12 seems to be the one that will appear in the invitations that the Cupertino company still have to ship.

Where will the event take place?

This auditorium is named after Apple co-founder Steve Jobs because of the enormous contribution made to the company. In addition, Steve Jobs loved the launch day of new products.

In recent years, the tech giant Apple has launched new iPhones in various auditoriums and this year in March, it was in Chicago that it held its Education-oriented event. But, we must assume that this year we will return to the auditorium with the name of Steve Jobs for the revelation of another iPhone.

Over the last couple of years, it has become common to see rumors and discoveries quite revealing about new iPhones yet to come. So we have been following them closely and informing them whenever something new comes up.

The iPhone X, launched last year, was the best-selling smartphone in the early months of 2019 and this year the tech giant Apple is expected to introduce three new iPhones with different screen sizes, different technologies and, above all, different entry prices.

Apparently, two of the models will have an OLED screen and the third model should include an LCD screen, but with improvements in color. The latter will be the cheapest iPhone.

According to rumors, the iPhone with LCD screen should have an A10 Fusion processor, the same processor found on the iPhone 7. In addition, the tech giant Apple should exclude features such as 3D Touch to be able to put the Face ID and maintain the price of this smartphone near $700.

What will be the name of the next iPhone?

On the other hand, for iPhones with OLED screen, there is information that confirms the tech giant Apple Pencil support. In recent weeks, this rumor has generated some controversy because Apple has always been against the use of the stylus.

The truth is that the tech giant Apple’s well-known Apple Pencil is not a stylus nor is it critical to operate it with the iPhone. This is something that many people do not understand. The Apple Pencil is an accessory that is only purchased by the users who actually wants it, and that helps to awaken the creative side of the user.

Other features worth mentioning are the 512GB storage that should be available on OLED models and the new Bionic A12 processor will be even more faster.

In terms of pricing, the tech giant Apple usually increases them slightly. Thus, we can anticipate that in India the new model Plus with OLED screen should be around $1400. On the other hand, the smaller model, also with OLED screen, can lower for the 1000 dollars. According to rumors, launched by a German network, the new iPhones will be available for pre-sale on September 14, two days after the official presentation.

Apple Watch with the new design

Apple Watch remains the best smartwatch available on the market and the ideal device to keep up with the iPhone. The two are a perfect team and, next month, we expect to see a new model with improvements compared to the previous generation.

The great news should be in design. The new Apple Watch Series 4 should have a screen up to 15% higher compared to the Series 3 model, resulting from the decrease of the edges of the device. This results in a more immersive user experience.

Moreover, new health and exercise sensors are also expected. On the other hand, a new processor and WatchOS 5 should guarantee better performance to the new Apple Watch Series 4. 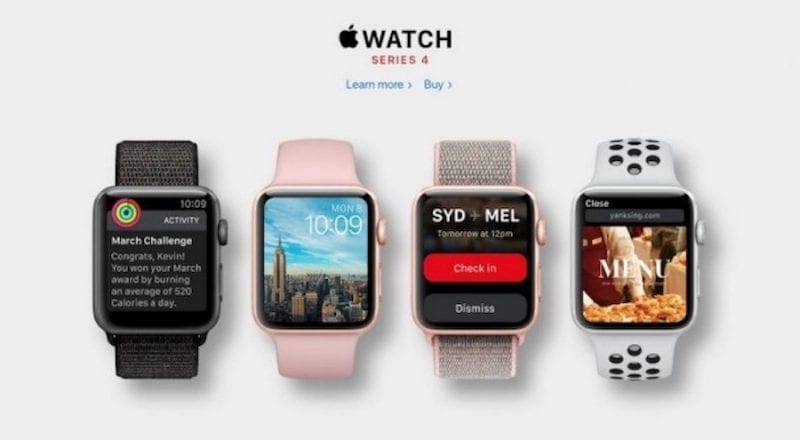 As far as price is concerned, we expect everything to remain the same.

In March of this year, the tech giant Apple brought to market a new iPad of 9.7 inches cheaper and that supports the Apple Pencil as well. But according to the information that has been circulating over the last few months, the tech giant Apple will also have to update the Pro line as early as next month. 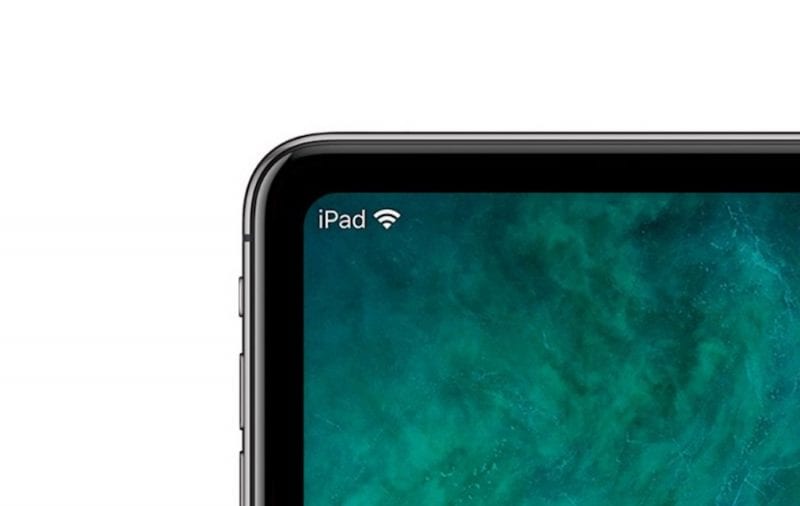 The iPad Pro is expected to undergo quite a few design changes. The Home Button should disappear, which means the Touch ID will be discarded. So the apple brand should start using Face ID as a new authentication system in the iPad Pro. However, the new model should not have the cut-out similar to the iPhone, where the front camera and the True Depth sensor are.

There are other rumors that confirm the disappearance of the headphone jack in the next model of the iPad Pro. Are we finally going to see a waterproof iPad? In addition, it is expected that the new iPad Pro will bring a new processor, probably called AionX Bionic, and more RAM.

In July of this year, the tech giant Apple updated its MacBook Pro computers with the Intel Coffee-Lake processors. However, neither the iMac, Mac mini, MacBook or MacBook Air received the new processors. Will Apple update these models next month?

Rumors suggest that the tech giant Apple will finally upgrade the MacBook Air model and Mac mini. The Apple Mac line is not really making much profit to the company and this is due in part to the price of computers and the fact that some models have not been updated for some time.

A MacBook Air with better specifications and, in general, more current hardware, can quickly change the Apple Mac line. Certainly, many users would thank.

The tech giant Apple is known to have encountered some difficulties with which it was not counting and has therefore postponed the arrival of this device to the market. But it is expected to be available now in September and the announcement is to be made at the Cupertino company’s event in a few weeks.

Although they have already reached a high maturation stage, they have not yet been released to all users. The tech giant Apple is expected to release the final version, moments after the introduction of the new iPhones for users who have joined the Apple Beta program.

The final versions of iOS 12, macOS 10.14 Mojave, WatchOS 5 and tvOS 12 should be available for download for everyone a few days after the event. However, the date is still unknown.

The launch of the next iPhone is right there on the door and there are lots of new things to look forward to at the tech giant Apple’s launch event.

The technological community is, at the moment, in expectation and quite enthusiastic. Let’s wait and see what the tech giant Apple has prepared to introduce us next month.