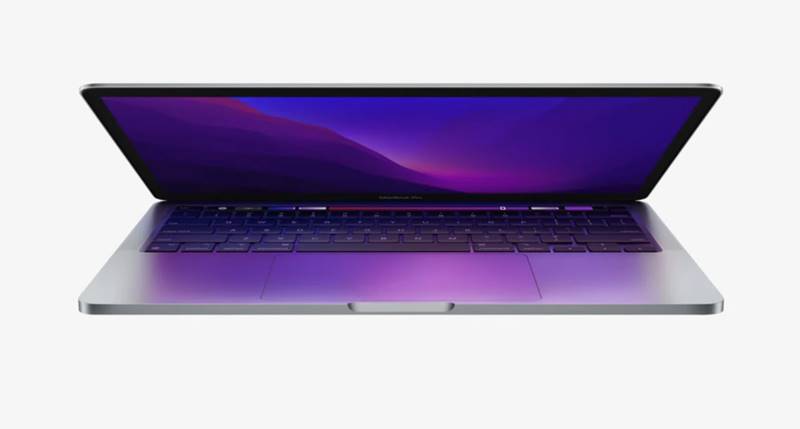 Apple announced the launch of a new 13-inch MacBook Pro at WWDC, having a demended Touch panel and glossy M2 processor which is the updated version of the M1 processor released in 2020.

At the WWDC event, Apple also launched the 13.6-inch MacBook Air it also powered by M2 chip and with redesign & Magsafe. 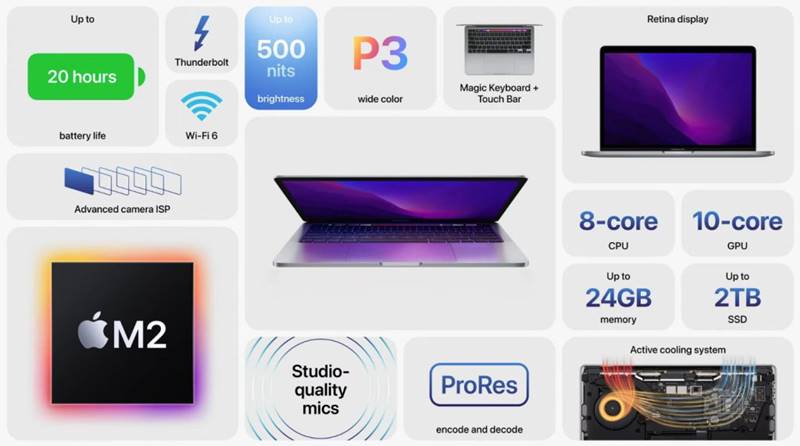 The M2 chip-powered MacBook is the second-gen of Apple after the M1 chip and has improved performance and capabilities than the latter. This MacBook Pro does seem to come with great changes.

The display size of the new MacBook 2022 is 13 inches, but disappointment comes at the point when we move toward its design because new MacBook Pro has a similar design to its previous version.

Rumors were claiming that the Touch Bar display above the magic keyboard got some new functions.

It will slightly dim the display to save energy while using the battery power. Also, the MacBook Pro will choose the graphic mode according to your battery usage.

There is no change in ports, weight, and dimension. One only significant change to speak is its new M2 processor chip.

The brand new 13-inch MacBook Pro 2022 will available to buy in July, 2022. As earlier we covered a report that “due to its China lockdown it production delayed” got in action.