Last year in October, Apple released macOS Monterey (MacOS 12) with a revamped Safari web browser, improved FaceTime, and more. However, the latest update on macOS 12.3 it brings a lot of features, including universal control, which is a long-awaited feature.

Universal Control is released for Mac and iPad users. However, it is still in the beta phase; it allows you to use one mouse and keyboard across multiple Macs and iPads. 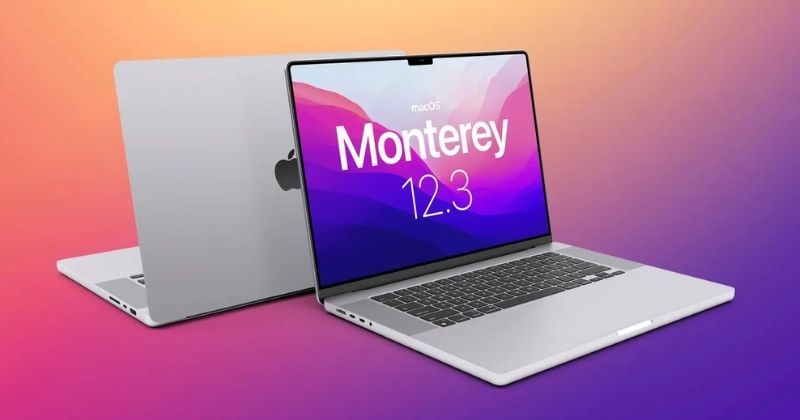 Universal Control is the biggest change brought in the software update. This feature was first announced in June 2021 at WWDC. It was expected to release in October, but Apple delayed the feature.

This feature is now available on selected Mac models. Similar to this functionality, there were some apps in the past, from which few work across Mac and Windows.

The Podcasts app is updated within macOS 12.3. It brings episode filters for seasons, unplayed, played, saved, downloaded. The webpage of Safari translation got support for Italian and Chinese. The shortcuts include support for adding, removing, reminders with tags.

Also, there are many security patches in macOS 12.3 which are explained on the security updates page.

macOS Monterey 12.3 is released for all eligible devices MacBook Air, MacBook Pro, iMac, Mac Mini, and Mac Pro. You can manually check for the update and download it.

Open your device, click on the Apple Menu icon at the top left corner, and go to System Preferences >> Software Update.

Apple Watch users also got a few upgrades like the ability to authorize Apple TV purchases and subscriptions. In Fitness+, you can use audio hints with audio commentary of visual moves during workouts.

The irregular rhythm notifications is also improved to atrial fibrillation identification. However, it is available in the US, Chile, Hong Kong, South Africa, and some other regions.