Apple has officially confirmed the upcoming special event called “Unleashed” that will take place on October 18th. The upcoming hardware event will be broadcast live from Apple Park.

It is highly expected that the company will launch new MacBooks, redesigned Mac Mini, and a third-gen Airpods. 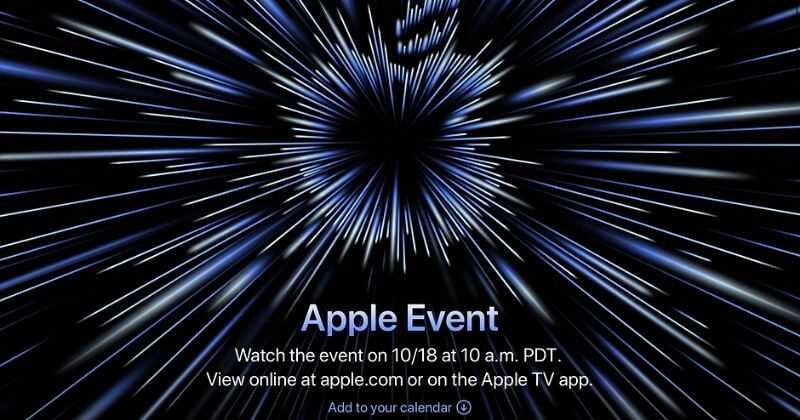 The Unleashed event will be live stream on Apple.com at 1 PM ET/ 10 AM PT on October 18. The event will take place at Steve Jobs Theater in Cupertino, California.

Unleashed! These next six days are going to speed by. #AppleEvent pic.twitter.com/0ops2bVPvl

According to the rumors, it is said that Apple will launch 14-inch and 16-inch MacBook Pro models that will be redesigned with thinner bezels and bigger displays. Already there are reports that the display might be of 3024 x 1964 and 3456 x 2234 resolutions.

MacBook Pro uses an M1X chip which is faster and more powerful than M1, and it might support up to 32GB RAM.

These new MacBooks will be the latest in Apple’s transition from Intel chips, which are replaced with an Arm-based processor called M1X which is designed by Apple itself. The M1X chipset has ten CPU cores as compared to M1. Moreover, the graphics processors are 16 or 32 cores which are seven or eight in M1.

The upcoming MacBook Pro will have the new MagSafe connectivity, it is replaced by USB-C. Also, the company is bringing back the HDMI port and an SD card slot. However, there is no Touch Bar as Apple is bringing a standard function row of keys.

All the MacBook Pro models of 2021 will be redesigned with many changes that were introduced in 2016.

At the September event, we expected AirPods 3 but it didn’t come alongside iPhones. So, now we can see the third-gen AirPods at the October event. If the reports are true then the new AirPods will have shorter stems and AirPods Pro-style case. However, it will not have an option of Active Noise Cancellation.