[dropcap]W[/dropcap]ant to rename tons of Windows files? Now you can easily Batch Rename Files in Windows with the help of all the possible ways that we have discussed just below with which you can even convert bulk files too. So read out the complete article to know how to batch rename files in Windows 10.

Renaming a single file could be no difficult task as anyone could do that by just right-clicking on the file and then from the “Rename” option from the list menu simply put up another name for that file. But, what if you have to rename multiple files means more than 10, then this could be the real time-consuming task. You would get broken if the number of files is huge and it might also happen that you could take up the whole day long to rename the number of files in Windows.

Now no one would have ever thought of the thing of renaming the whole batch files all at once because this feature could feel impossible and is also not there in the default Windows options. Although this thing could feel impossible to let you know about that, this is totally possible, and the multiple files or the batch files could be easily renamed all at once. Forgetting that feature enabled in the Windows there has to be a method followed by the users, here in this article we have written that particular method. Just go and read on the method to know about it, hence apply it up!

Also Read: How to Disable the Lock Screen in Windows 10

How to Batch Rename Files in Windows

Below are the methods by which you can easily batch rename files. So follow the below steps to proceed.

Step 1. First of all, select all those bunches of files which all you wish to rename. Note that by the method your files would get up the much similar type of names although could be differentiated easily. If you wish to go with that, then this method could prove to be beneficial because, through this, you could easily rename all the selected file at the once.

Step 2. After selecting the files, just choose the renaming option from the Windows Explorer, you could also press up the F2 button for that if you are using some other kind of file browser in which this command is missing. After that, you would notice that all the selected files remain selected while the first one of these all gets its name highlighted to be renamed.

Step 3. Type in the new name for the file that is highlighted and then presses the enter button. You would see that all your rest of the selected files will automatically get renamed using the name you have used for the highlighted file. The only difference between the alter files would be the numerical extension text added to all the files that all would be completely different from each other.

To rename the files using the command prompt, just try to use the command: ren “file-name” “my-name” You could use the * with the file names to match the similar kind of file names and hence rename these all at once.

For eg. ren *.txt*.html and all the files would get their extension changed from txt to HTML.

Step 1. Just type in “Rename-Item” to rename any file on the Mac, use this command with the filename like rename-item “wordfile” “name”

There are some of the apps named Bulk Rename Utility and the AdvancedRenamer app made for the purpose of renaming the multiple files all at the once and through that apps many other aspects of the naming could be set easily!

Also Read: How To Fix or Repair Windows Registry Errors

On Windows operating system you will find tools for every purpose. So, you can use Massive File Renamer tool to rename multiple files easily. With Massive file renamer, you get the job done for a wide variety of renaming tasks.

The app is not much popular, but, it is so effective that it can rename files in bulk. The app is available in English and Spanish language.

Advanced Renamer is a program for renaming multiple files and folders at once. By configuring renaming methods the names can be manipulated in various ways. With Advanced Renamer you can construct new file names by adding, removing, replacing, changing case, or giving the file a brand new name based on known information about the file.

If you want to set up a batch job to rename multiple files on your Windows computer, Advanced Renamer could be the best choice for you.

Also Read: How to Identify Music With Google Assistant

Well, Bulk Rename Utility is one of the most advanced batch rename tool that you can use on your Windows 10 computer. The best thing about Bulk Rename Utility is that it allows users to rename multiple files at once without the need of command prompt. The interface of Bulk Rename utility looks complicated, but its super easy to use. Just select the files that you want to rename and then change the options in one or more of the many available panels.

The utility shows you the preview of the file in real-time. So, if you like the output name, then you can click on the ‘Rename’ option. The app is really very fast, and it can rename tons of files in no-time.

Siren is another best and advanced batch rename tool that you can use right now. The most notable thing about Siren is its ability to use the information from file properties to rename the files accordingly. That means you can add custom batch action on an extension basis. The features of Siren doesn’t end here as it also has support for command line interface.

However, the tool is a little bit difficult to understand due to a wide range of features. However, with time you will be able to master the bulk rename utility. So, the siren is another best bulk rename tool that you can use on your Windows 10 computer.

Well, if you are looking for a free Windows 10 tool that can make renaming files a lot easier, then Ant Renamer might be the best pick for you. Guess what? Ant Renamer is one of the capable Windows 10 tools which can rename large amounts of files and folders in just a few clicks. Not just that, but Ant Renamer also provides users lots of filters to select files for renaming like you can search files for uppercase, lowercase, first letter, each word in uppercase.

Rename-It is one of the best and open source Windows tool to batch rename multiple files and folders. The great thing about Rename-It is that it allows users to set filters to apply on a list of files & folders to rename the whole list in just a single click.

It checks the file name, integrates via Explorer context menu and supports regular expressions. So, Rename-It is another best Windows tool to batch rename multiple files.

Well, Rename Master is another best Windows 10 software that can help you to rename multiple files and folders in just a single click. The great thing about Rename Master is that it’s capable to rename images, videos, music files, video files as well.

So this was the method through which you could easily rename your multiple batch files while using the Windows on the computer. As from the article, you have got up that the method isn’t too difficult or complex but any moderate user could apply it without any issues. It’s now your time to apply this method to your Batch files in Windows and hence rename them all at once easily. Hope you would like up the method, don’t forget to share your views. 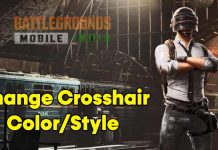 How to Change the Crosshair Color & Style in BGMI 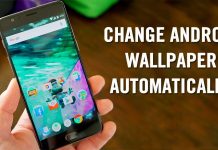 How To Change Android Wallpaper After A Particular Time Interval 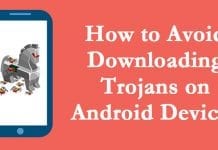 How to Avoid Downloading Trojans on Android Devices

How to Change the Crosshair Color & Style in BGMI

How To Change Android Wallpaper After A Particular Time Interval

How to Avoid Downloading Trojans on Android Devices