Battery-life Of Smartphones Getting Worse With Each Generation

Smartphones’ battery capacity is not always a feature that users of the current generation do not consider when buying any smartphone. However, later, the device’s autonomy is essential, forcing even the user to manage a set of actions to reduce the device’s power consumption.

With new smartphone models coming to market every day, some of them at a good price, manufacturers do not want to bet heavily on their autonomy? Yes, it is true that nowadays the smartphone manufacturers are not giving any importance to autonomy, as they are only focusing on the trend, which is device specs.

Most manufacturers promise “all-day” battery life. However, it is not always what happens with normal use these days. Hence, the device ends up giving service to its user.

Hence, according to an article recently published in the well-known media channel, of course, I am talking about the Washington Post; some smartphones released in 2019 have less autonomy than their predecessors, which were launched in 2017.

Hold on, as the negative highlight is also for the South Korean giant Samsung‘s recent flagship smartphone, of course, I am talking about the Samsung Galaxy S9 and Samsung Galaxy S9+ that have a range below the 9hrs. 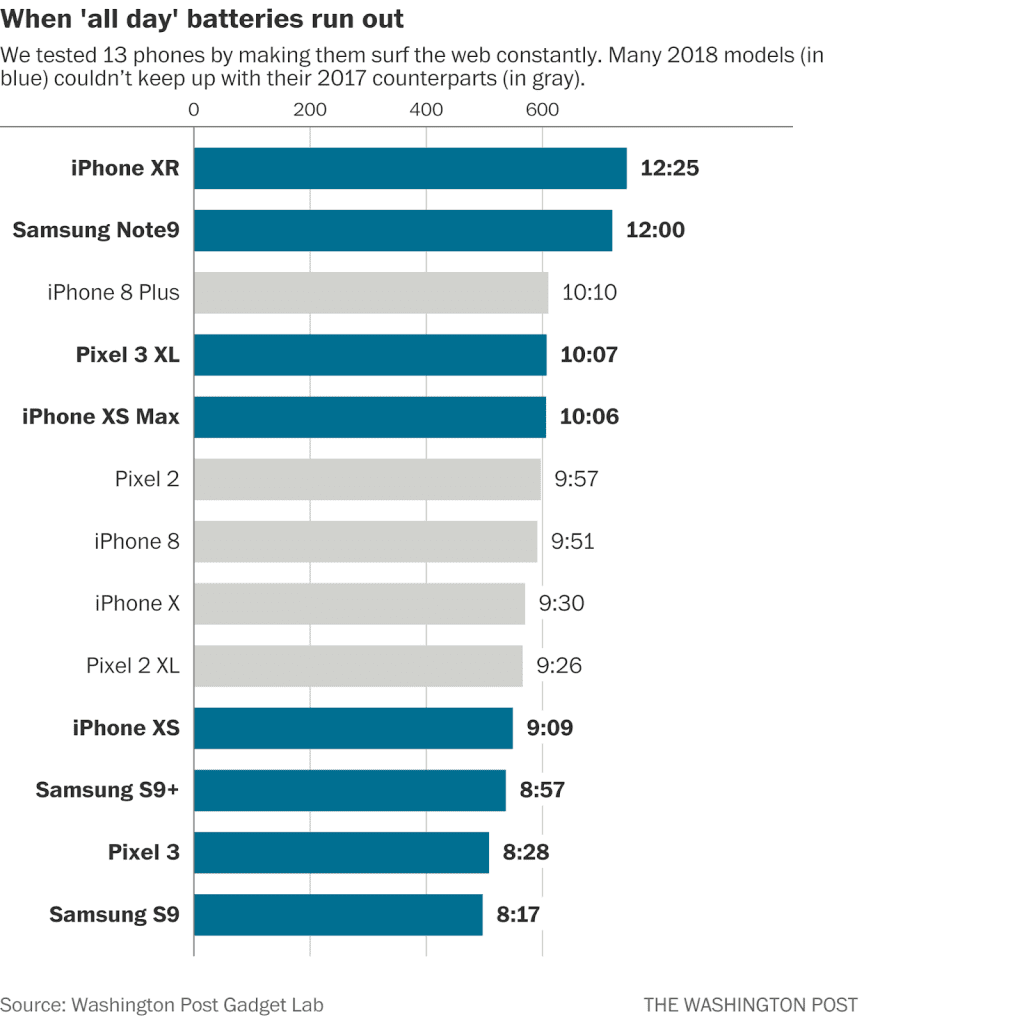 According to Nadim Maluf, the CEO of Qnovo, batteries’ autonomy has improved slowly, about 5% per year. However, the power consumption of the phones, in general, is growing more than 5%.”

Despite several developments at the SoC level, especially at the power level, the truth is that smartphones still can not offer a multi-day autonomy like the phones of a few years ago.

Certainly, in the future, everything may be different, but until then, users are forced, in various situations, to hang around power banks and control the autonomy of their smartphones. So, what do you think about this? Share all your views and thoughts in the comment section below.