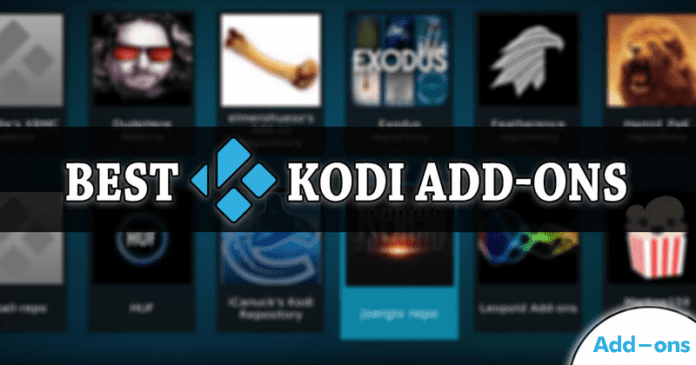 We all know very well how popular the well-known multimedia center, of course, Kodi is; hence, today in this article will show you an awesome list in which we have mentioned the best Kodi add-ons that you should install, and not only that, even all the mentioned add-ons are legal.

15 Best Kodi Add-ons You Should Install

In recent times, the popular Kodi multimedia center has been attracting much attention both from the media and the users themselves for various reasons, not all of them within the law.

First, we must remember that, as many of you already know, we are talking about excellent open-source software for playing and managing all kinds of multimedia content. Therefore it gives us the possibility to take control over all those music files, videos, or photographs that we have.

At the same time, it allows the reproduction of all of them and watching online television channels, among many other things. But that is something that we can carry out in the beginning since it also allows the use of additional complements, either our own or any third party, which increase the versatility and usefulness of Kodi in an obvious way.

But of course, at the same time, some users have used picaresque to train this free software of the possibility of accessing and reproducing copyrighted content through some of these third-party add-ons. Hence controversy is generated.

That is why Kodi and its accessories are related to piracy content for a good number of users, but not all of them can be considered illegal. Therefore, below we will list some of the best legal add-ons for Kodi that we can use.

In addition, we must remember that we refer to a multiplatform program, so it can be used in almost all operating systems and devices that we have today, both mobile and desktop. So now we will list some of the best supplements you can add to Kodi in a completely legal way, and not only that, even many of them are available in the official repository of the media player itself.

Also Read: 4 of the Best Kodi Add-ons to Stream Your Favourite Sports Immediately 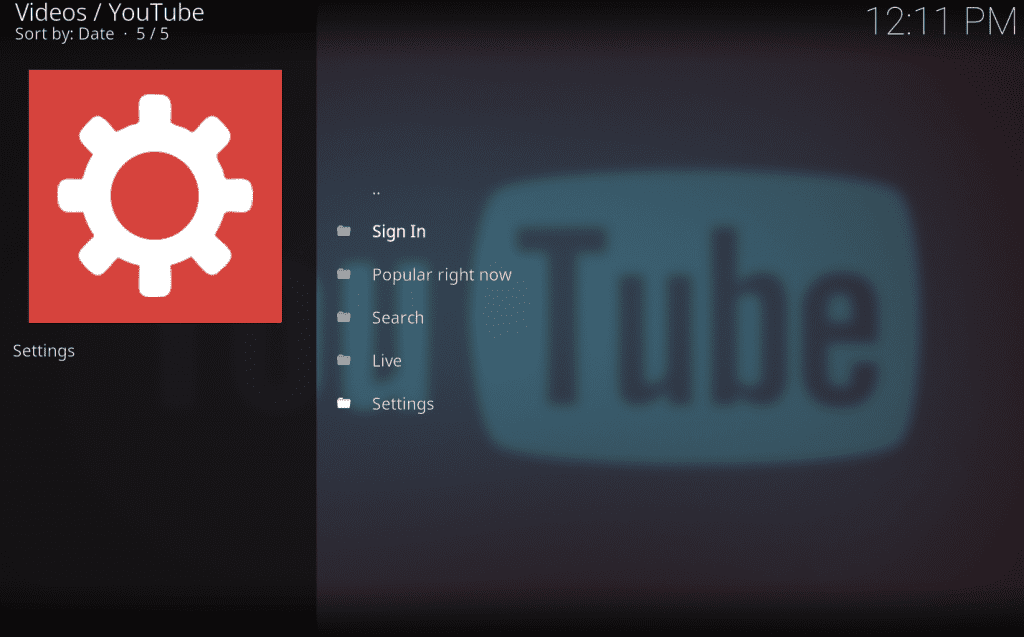 This is a streaming video portal that does not require a presentation since it is a multimedia website known throughout the world and which has its own official complement for Kodi to improve its experience as much as possible. As expected, this add-on will allow us to carry out the video playback in this software directly at no cost.

In addition, it allows you to personalize it and thus be able to enjoy, for example, the almost infinite contents of YouTube on our television through a set-top box with Kodi installed. 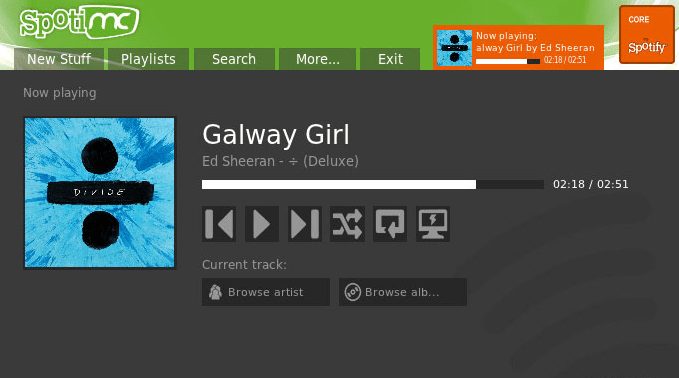 As you already know, the Spotify platform is one of the world’s largest and most famous streaming music services, so the same regular fans of Kodi can use SpotiMC. This is an add-on that is available in many third-party repositories and can also be downloaded from Github, although it must be borne in mind that to use this add-on, it requires a Spotify Premium account simply to access the available services.

Once authenticated, we can access the songs easily since the interface facilitates its use in terms of navigation and theme playback. 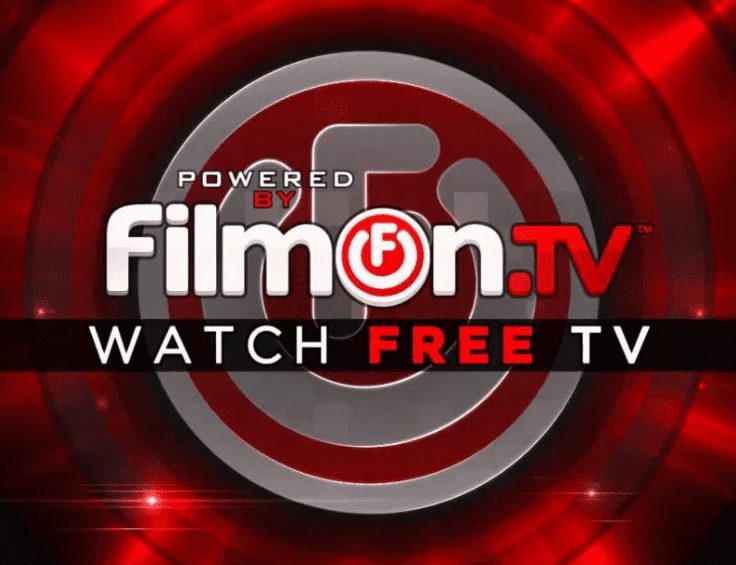 If you are a movie lover, this is an interesting addition to Kodi that will allow us to watch movies, TV series, and live channels from all over the world. It has a Premium version in addition to another free one, but we need an account on Filmon.com to access the contents from the multimedia center.

Many people consider that this add-on is highly recommended for this platform since, in this way, we can enjoy the corresponding channels that are not under geographic restrictions, which can be downloaded from the Kodi repository, SuperRepo. 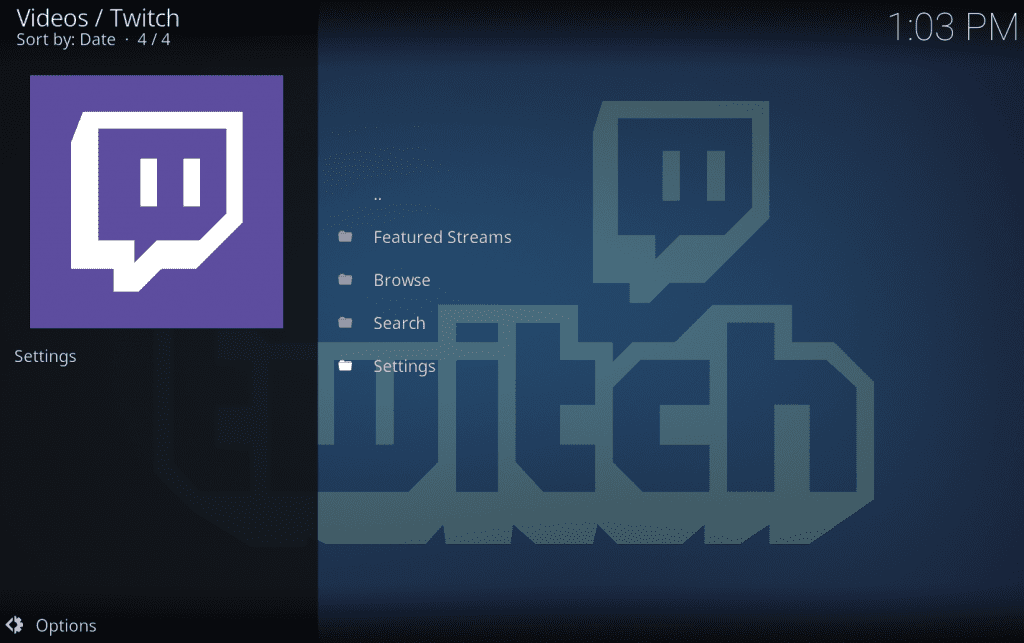 Nowadays, most players love to be up to date with all the latest news and developments in video games, so the Twitch online service is an essential complement that can be downloaded.

So, if you want to add this addon, then let me clarify that this addon is available in the official repository of Kodi, and in this way, you will have one of the platforms streaming games that is most popular in the world. 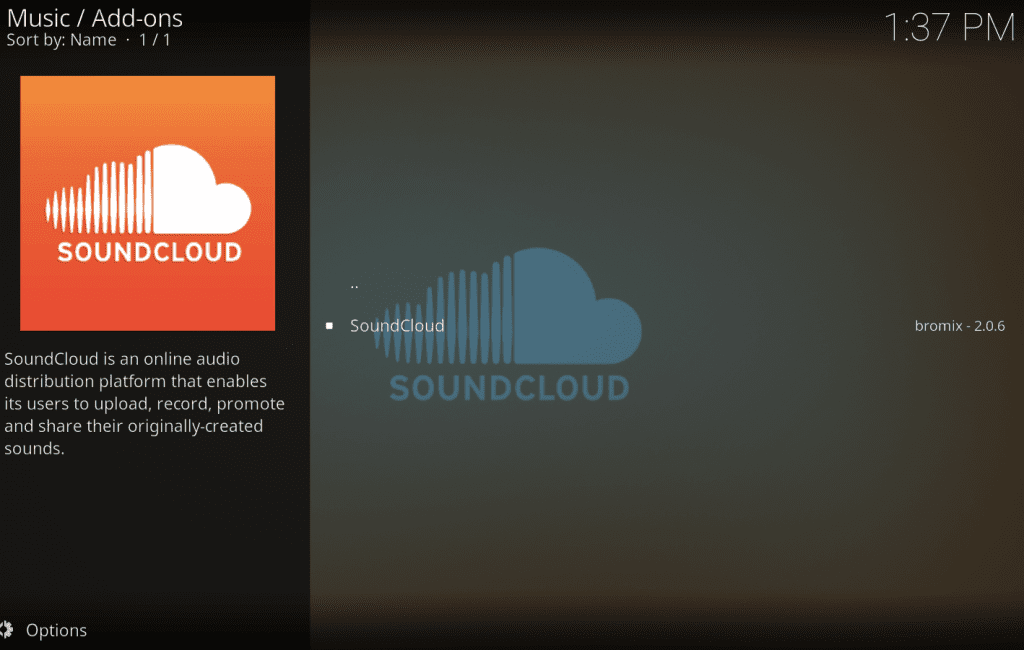 Now we will refer to a popular musical platform where artists can upload and share their created songs with other users. As it has its own add-on for Kodi, and here we can follow a multitude of DJs and artists from the program itself.

It should be noted that the Soundcloud plugin is available in the official Kodi repository, and in case we want to deal with playlists, it is recommended that we have to authenticate with the music service account. 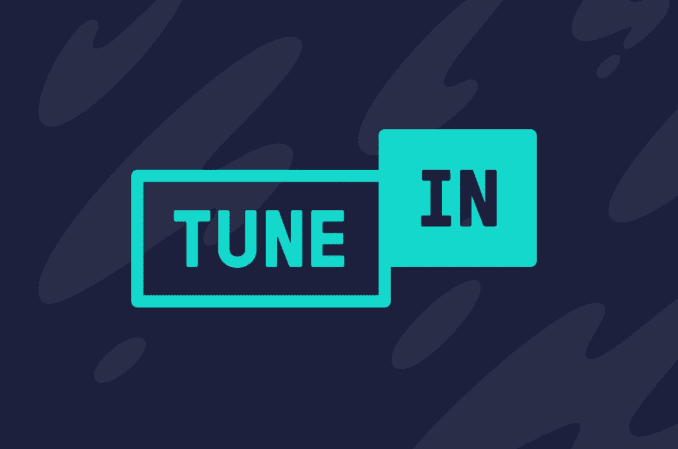 This is one of the best add-ons for Kodi, as it combines the simplicity and features of a complete podcast service. Thus, with this add-on, we will access nearly 100,000 radio stations and more than four million podcasts from a single software.

In addition, the add-on has a very well-ordered and organized interface with functions like “Favorites”, “Browse”, “Search”, etc as we told earlier, is also available in the well-known and popular repositories, of course, SuperRepo as well. 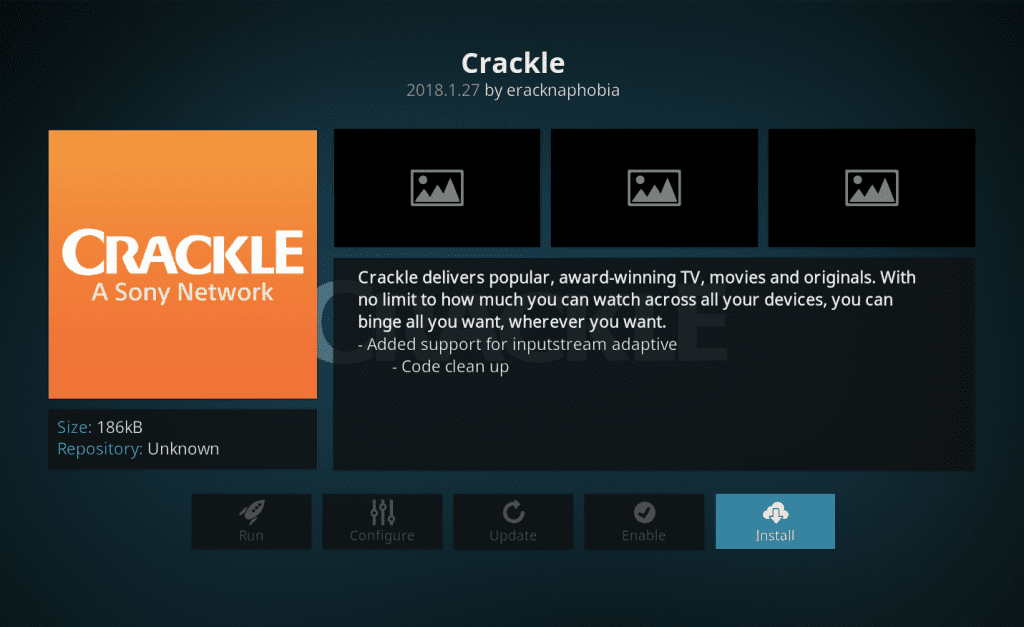 In this case, we are talking about a popular streaming media platform which is recently acquired by the well-known Japanese multination company, of course, Sony. Moreover, this platform has a renowned series and movies, and this is an add-on that is available in the official Kodi repository. 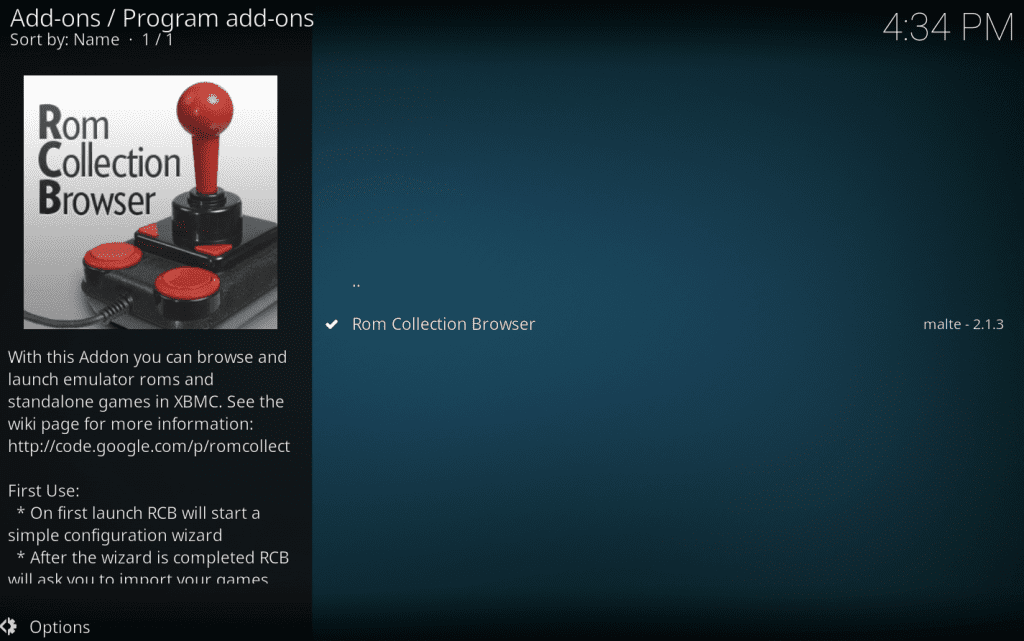 Kodi is not only for watching series and movies to listening to the radio or watching television, something that is demonstrated with the complement Rom Collection Browser. This allows us to explore and launch ROMS of emulators and independent games in Kodi, so we will also need to install a compatible game emulator. The add-on in question can be downloaded from the official repository of the multimedia center, of course, Kodi itself. 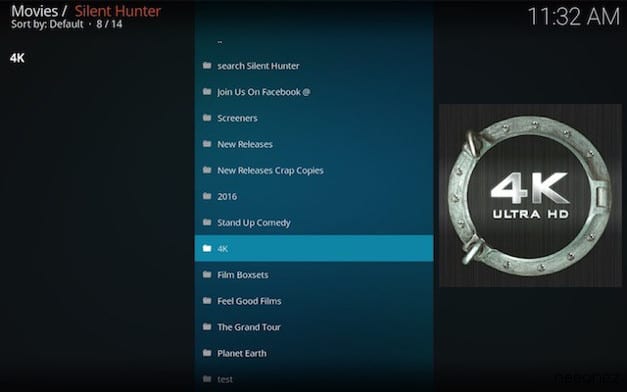 The Silent Hunter addon for Kodi simply allows us to stream movies and TV shows. It has several categories, such as screeners, new releases, comedies, science fiction, etc., but the most remarkable thing is an original section of junk movies. It also has a section dedicated to 4K movies containing a decent collection of recent movies in 4K. 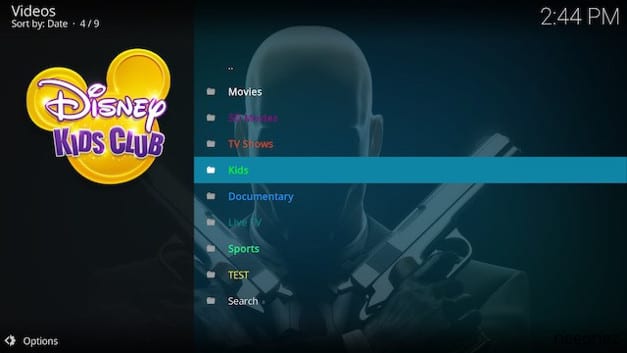 Apart from having a strange name, this well-known add-on for Kodi is from the same developer as Addon AK-47. So, do not be fooled by these classifications, which were so peculiar to the developers.

No Name is actually a great Addon to stream has a lot of 3D movies, 4K movies, documentaries, and much more. And not only that, but even with this Addon, you can also watch live TV, and sports, and there is even a dedicated section for kids as well. 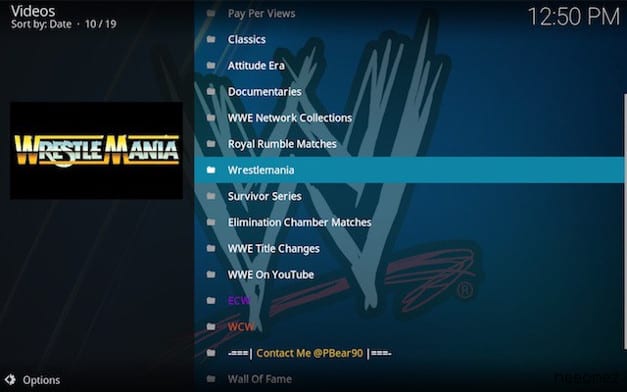 This well-known Addon, of course; I am talking about the WWE On Demand, this is the Addon that any WWE fan should have. It has a wide range of videos and services related to the WWE, including the possibility of watching the WWE live, classic matches, documentaries, and videos of the Attitude Era, along with payment events such as Royal Rumble, Wrestlemania, etc. 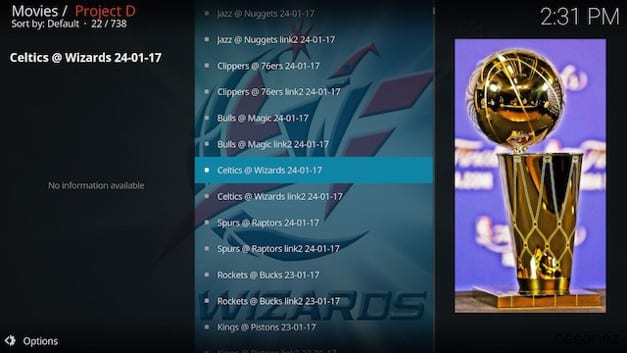 This Kodi Addon, of course, Project D includes reps and sports videos for soccer, basketball, Formula 1, baseball, Rugby, NHL, NFL, and much more. If you are a fan of any of these sports, the installation of Project D is almost mandatory.

Moreover, it also includes a movie section, but it has a very limited amount of files. So, If you want to stream movies, there are much better options that you can find in this list. However, if you are looking for sport, Project D is a perfect Addon with many reliable and quality sources. 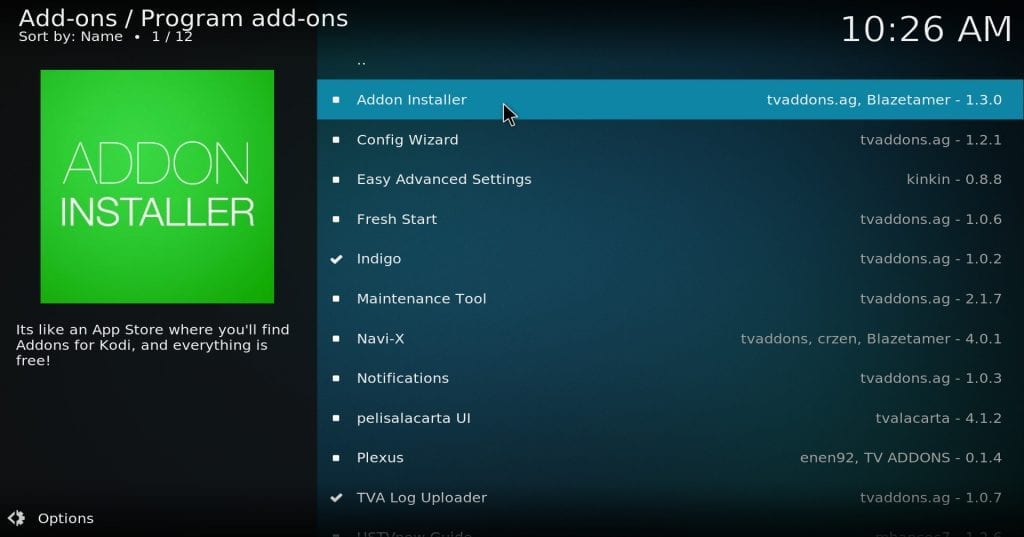 If you prefer to manage everything related to Addons from a centralized interface, then this awesome addon, of course, I am talking about, the Addon Installer, is probably the first thing you should install. It simply allows you to browse, install and update other Addons as long as they are available in their repositories. 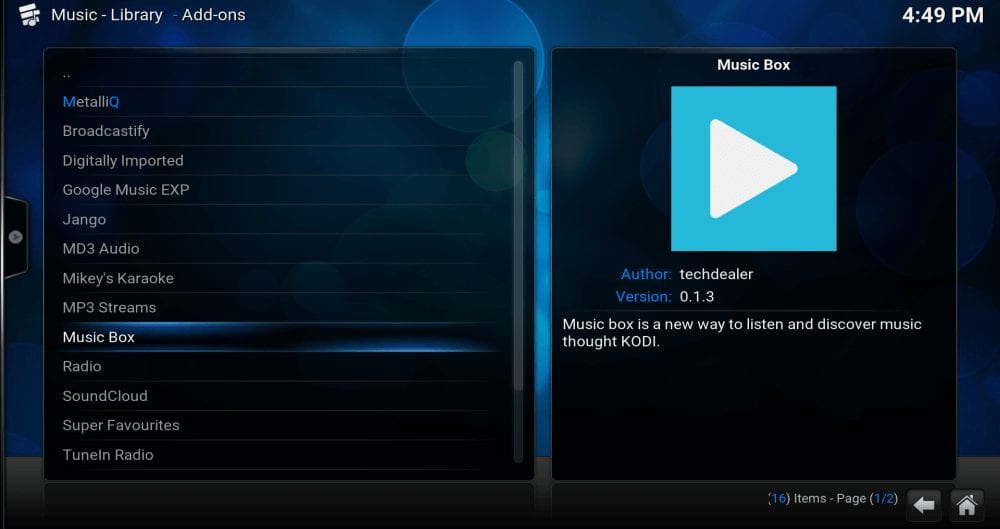 MusicBox is one of the best Kodi Addons ever created for music lovers. The add-on incorporates support for music streaming services provided by third parties such as iTunes, LastFM, 8tracks, Digster, and many more well-known platforms.

But, to use this addon, you simply have to create a VK.com account. Other add-on features include listening to playlists or musical albums from different stations or programs in the United Kingdom and the US.

While it lacks support for watching music videos, if you want to listen to playlists of music from different sources to keep up to date, MusicBox is the ideal option for you. Unfortunately, it has no support for Spotify, so if you want integration with this service, you should try other add-ons like Spotimc, which we have mentioned earlier in this list. 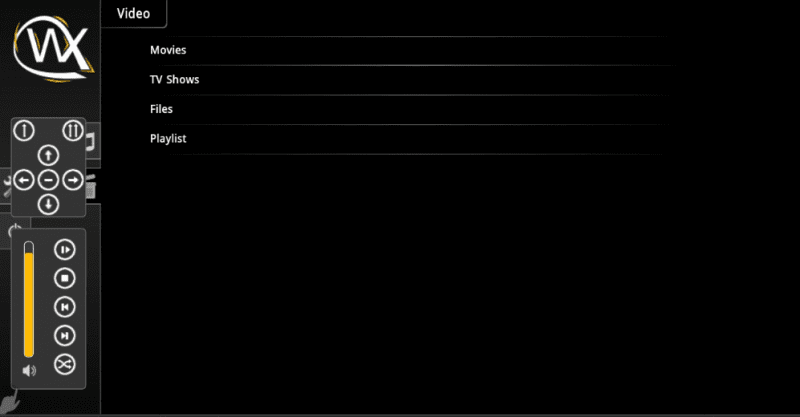 AWXi is a web interface to control Kodi’s audio and video functionalities. It serves to perform the most common functions like play & pause files, stop files, explore the media library and add files to playlists. Moreover, it requires that you have a web browser that supports web sockets and JavaScript since it uses AJAX.

The well-known free and open-source media player software application; of course, I am talking about Kodi, developed by the XBMC Foundation and designed as an Xbox Media Center.

However, as we all know, the well-known free and open-source media player software application, I am talking about Kodi, is compatible with many platforms.

A broad range of Kodi add-ons is available today to simply increase its features and functionalities, which anyone from the Kodi repositories can download.

Now, if I will talk about the add-ons, then let me clarify that all these latest Kodi add-ons mentioned above in the list are currently working flawlessly with the latest version of Kodi. But, many popular add-ons are available which have been taken down due to copyright infringement, like Covenant, Exodus, Genesis, Velocity, and much more. So, what do you think about this list? Simply share all your views and thoughts in the comment section below.