You can’t change this IMEI number to detect over the mobile network, but you can change this on your device for the temporary time. So, now you can Change IMEI number of any android using the cool tweak on Xposed Installer. You can fake your device identity and you can use this in a very cool way of faking some recharge apps to get the bonus.

[dropcap]I[/dropcap]MEI number of every mobile device is its identity to recognize that network on the cellular network and this identity is by default set by the maker of that device. You can’t change this IMEI number to detect over the mobile network, but you can change this on your device for the temporary time. And this fakes your device identity, and you can use this in a very cool way of faking some recharge apps to get the bonus. You can also change the IMEI number to its default also. So have a look on complete guide discussed below to proceed.

Why Should We Change The IMEI Number?

Contents show
Advantages of Changing IMEI Number?
What are the Disadvantages?
Steps To Change IMEI Number of Your Android: (change imei android)

Well, there are several reasons why you might be interested in changing your IMEI number. Changing the Android IMEI number has both advantages and disadvantages which we have discussed below.

By changing your IMEI number, you can make your Android device fully untraceable. Not just that, by changing IMEI Number you will throw off the tracks of people who are stalking you.

If your smartphone is showing traces of IMEI related issues, then you can change it to fix them. So, you can quickly fix some IMEI related problems like lost or invalid IMEI.

What are the Disadvantages?

How To Change IMEI Number Of Any Android

The method is quite simple and just need a rooted Android device that will allow an Xposed installer to run on a device. And after having the Xposed installer, you will be using a Xposed module app to change the IMEI number of your android. For this follow the guide below.

Step 2. After rooting your Android device you have to install the Xposed installer on your Android, and that’s quite the lengthy process and for that, you can proceed with our Guide to Install Xposed Installer On Android.

Step 4. Now download and install the app XPOSED IMEI Changer the app that will allow you to change the IMEI number of your android. It’s by far the best imei number changer software available for Android.

Step 6. Now launch the app and you will see the IMEI screen changer option where you will have an IMEI changer field, there type any of your desired IMEI numbers that you want to assign to your device.

Now just click on Apply option there and the app will assign that IMEI number to your device. That’s it! You can now check your IMEI number that will be same as you assigned through the app and you can now perform lots of cool tricks with this.

Also Read: How To Directly Download Songs From SoundCloud App

So above is all about Change IMEI Number Of Any Android. With this cool method you can write system files that contain a number of your IMEI numbers and with that actual IMEI number of your Android device will get changed, and you can fake your device identity using this. So try out this cool method today. Hope you like this, do share with others too. Leave a comment below if you have any related queries with this. 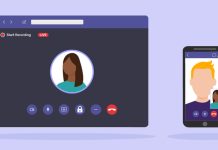 How to Blur Your Video Background in Microsoft Teams 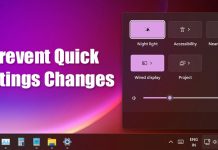 How to Prevent Quick Settings Changes on Windows 11 (2 Methods) 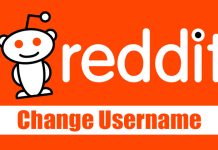 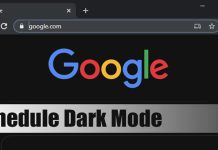 How to Schedule Dark Mode in Google Chrome 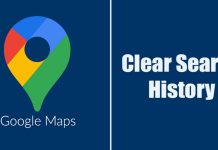 How to Clear Google Maps Search History in 2022