The era of the Internet has brought about an insane amount of connectivity. One can access anything from any corner of the world, mostly free of cost. But even brilliant tools and inventions have their drawbacks.

Along with the advantages that the Internet offers, it brings a barrage of privacy and security concerns.

Contents show
DNS Firewall Launched by KeepSolid as a StandAlone App
Why use DNS firewalls?
Key features to look out for in DNS-based Firewalls:

DNS Firewall Launched by KeepSolid as a StandAlone App

No one wants to be exposed like that, do they? This is where using the right online security software like KeepSolid DNS Firewall, launched today, becomes really important. 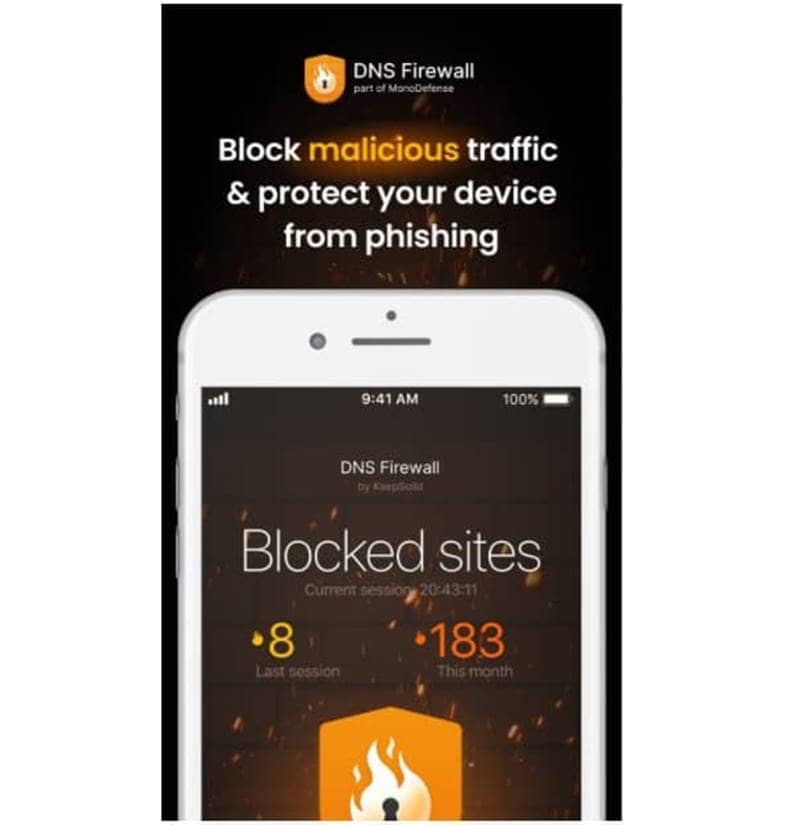 What kind of DNS-based threats does an average user face?

To know what kind of firewalls to use to protect their data, it’s good to know the risks an average user faces on a regular spin around the Internet.

A DNS (Domain Name System) threat is one of the most underrated and common issues a user faces. DNS is essentially a programming tool that transforms a user-friendly domain into a computer-friendly IP address, such as 309.88… What a DNS-based malicious software attack does is allow an attacker somewhere on the Internet to take advantage of the vulnerabilities that your DNS presents to them.

For every problem presented by Internet malware, defense filters exist to keep you and your information safe, such as KeepSolid DNS Firewall.

Launched by the internet security company KeepSolid, DNS Firewall is a tool that protects its users’ personal information by preventing them from connecting to known malicious websites on the Internet. This mechanism does something simple yet important – it functions as a safety net in one’s cloud, keeping unwanted data from unsafe servers away from the consumer’s device.

Why use DNS firewalls?

The answer to that question is straight and simple: they protect your devices from malware infection, all the while keeping them super user-friendly. As a user, one can also benefit from features that allow you to block websites with unsafe content or constantly show pop-ups and undesirable content.

DNS Firewall examines DNS resolution requests from the user’s computer and prevents known malicious websites from serving unauthorized content such as malware, irritating pop-ups, and phishing websites. The users’ confidential data and privacy are often protected in this way.

This new technology from KeepSolid intercepts any malicious response and redirects it to a walled garden, effectively making this malicious network unreachable for the user’s device. To put it simply, DNS Firewall is to malware as a customs officer is to contraband; it keeps the bad things out of your territory!

Key features to look out for in DNS-based Firewalls:

An extensive database of malicious locations is key in a Firewall’s ability to provide the user with the ultimate defense tool. With hundreds and thousands of addresses already a part of the database, it keeps adapting to newer malicious locations thanks to the carefully assembled team of experts that manage it.

Every Firewall’s ultimate goal is to protect the user from malicious attacks on the Internet. However, the best DNS firewalls are the ones that also allow for detailed, user-friendly customization. Using categories such as adult content, fake news, social media, games, etc. KeepSolid DNS Firewall has shown that presenting many options and being user-friendly are the secret ingredients to a great protective firewall.

What better than the user can construct their own DNS blocklists to get the most out of their Firewall, right?

3. Available on all major Operating Systems

As users, most people use a variety of Operating Systems on an assorted mix of devices. If a firewall needs to be good at its job, it could take a page from DNS Firewall’s model; extending its services across platforms like iOS, macOS, Android and Windows alike to give users the best possible protection. This Firewall, originally associated with VPN Unlimited, will now function on separate servers for providing better speed and reliability.

Good things can happen if one uses the right tools for the right job. For example, using firewalls such as KeepSolid DNS Firewall to protect your data may be the best online safety decision you’ve ever made.

You can Purchase the KeepSolid DNS Firewall here: iOS, macOS, Windows, and Android.

It will also be included as a part of the MonoDefence security bundle.