According to the latest reports, mobile data traffic will be multiplied by eight times between the year 2017 and 2023, reaching 110 exabytes per month. Hence, recently, Ericsson demonstrates 5.75Gbps 5G network setup in India.

Mobile data traffic will be multiplied by eight times between the year 2017 and 2023, reaching 110 exabytes per month.

The number of mobile broadband 5G subscriptions will reach 1,000 million in 2023, according to the latest edition of Ericsson’s ‘Mobility Report’, which indicates that the coverage of this technology, which will begin in the densest urban areas, will arrive in more than 20% of the world population that same year.

The report anticipates that the first commercial networks based on 5G New Radio will be operational in 2019, although the large deployments will take place after 2020. In its opinion, the United States, South Korea, Japan and China will be the first markets to deploy the 5G.

Specifically, Ericcson points out that in 2023 5G will represent 37% of subscriptions in the United States and 34% in Northeast Asia, while in Western Europe the new mobile technology will represent 16% of the total that year.

In this line, the study indicates that the LTE technology will reach in 2023 the 5,500 million subscriptions and its coverage will reach 85% of the world population. In addition, it will close 2017 as the dominant mobile access technology.

Moreover, Voice over LTE (VoLTE) technology has already been launched in more than 125 networks in more than 60 countries and in 2023 it will reach 5,500 million subscriptions, equivalent to more than 80% of all LTE and 5G subscriptions.

However, apart from all these things, after the massive explosion of 4G LTE network in India last year, now the Indian consumers have been eagerly looking at faster Internet connections. Hence, to fulfil the needs of users, Ericsson has recently, demonstrated their test bed for 5G network in India. 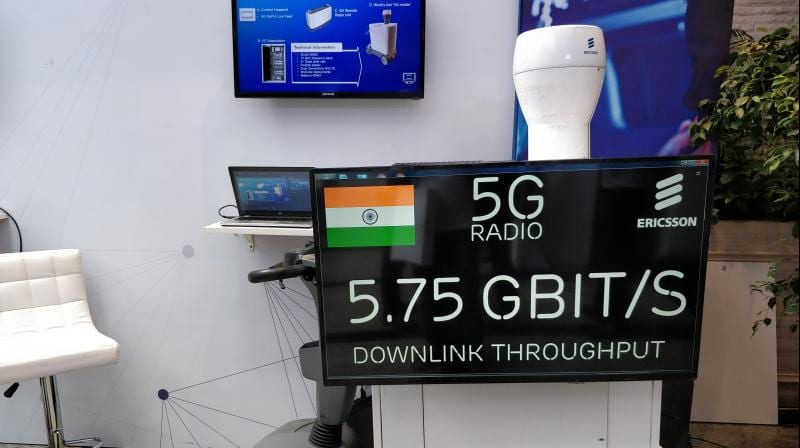 Ericsson demonstrated the test to achieve a maximum data transmission speed of 5.75Gbps and to do so, the well-known company, Ericsson showcased a throng of products by utilizing the benefits of 5G connectivity at the Ericsson Connect 2017 event which was held in Mumbai, India.