Mark Zuckerberg has announced that Facebook is now known as “Meta” at the company’s Connect Event. There are reports that the company is working on a smartwatch that can capture photos and videos.

However, the first images of the smartwatch have been leaked and we can see a notch with a front-facing camera.

Meta is Working on a Smartwatch With An In-Built Camera 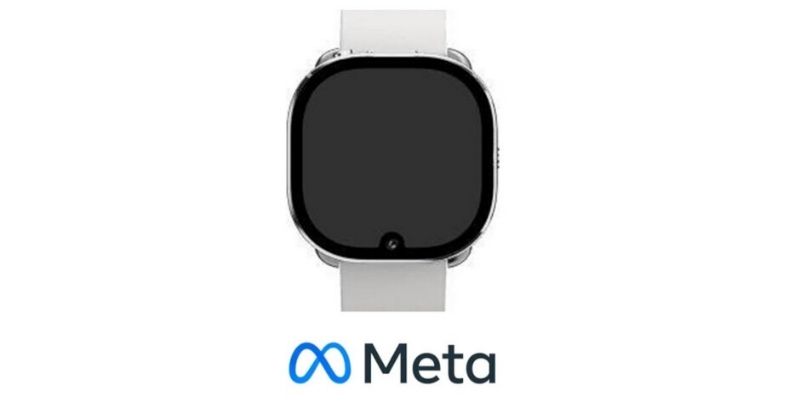 The image of the Meta smartwatch is found by the app developer Steve Moser inside the app that controls the Ray-Ban Stories AR sunglasses. It gives a hint that the glasses can be used to control the watch in the future.

Bloomberg was the first to report the photo. In the code, the watch is referred to as “Milan,” which has a large display like Apple Watch.

Earlier, in June, there were smartwatch reports; if this is the same one, then there can be a second detachable camera. The front camera has a 1080p resolution which will be used for video calls. The smartwatch will support LTE.

According to the leaked images, the Meta smartwatch has a square display with rounded corners. There’s a notched display, similar to Apple devices. Apple was the first to introduce notch on iPhone X, and now notches have come a long way.

Having a notch on the smartwatch is something new that any other smartwatch brand does not offer yet. No other specifications of the watch are announced, but it is said that there will be detachable straps.

This new smartwatch by Meta is planned to launch in early 2022, but it’s not confirmed. At the Connect event, CEO Mark Zuckerberg said about introducing new hardware in the market next year.

Meta smartwatch will be compatible with both Android and iOS devices. Once the watch is launched, it will be a competitor to Apple Watch.