Google Accidentally Confirmed The New Pixel 3a & Pixel 3a XL On Its Official Website.

PPart of the specs came up in the Google Play Developer Console, an area designed to manage apps offered in the Google store. Developers use the section to provide information on Android smartphones and tablets.

The newer models appeared with the name “sargo” and “bonito”, supposedly codenames of the all-new Pixel 3a and Pixel 3a XL, respectively. While the identification of the devices had already been revealed in March, it was thought that “sargo” was the Pixel 3a XL at the time.

According to the well-known media portal 9to5Google, the new Pixel 3a, codenamed “sargo,” will have an OLED screen with a 1080 x 2220 pixels (440 PPI), which indicates a screen of 5.6 inches. While talking the other specs of this device, it will feature Snapdragon 670 SoC, a 12-megapixel rear camera, and a 3000mAh battery.

While if we talk about the Pixel 3a XL, codenamed “bonito,” will have a 6-inch screen with a screen resolution of 1080 x 2160 pixels (400 PPI). Moreover, the Google Play Developer Console does not reveal any information about the processor, but it is expected that the device could be shipped with the Snapdragon 710 SoC.

A list of system resources deals with what “PIXEL_2019_MIDYEAR_EXPERIENCE” would be. The code indicates that the launch should occur before October, when the tech giant Google often uses it to launch their smartphones.

In addition to the developer’s section, the official Google store has confirmed the smartphone’s name ahead of time. In a navigation bar, the site displayed links to the Pixel 3a and its protective cover, which will continue to be made of fabric.

Moreover, the page also displayed, for a few moments, a link to the Nest Hub Max; of course, the device appears to mark a change of the name of the Google Home Hub. It will have a 10-inch screen, speakers, and a camera. However, all the changes to the Google Store have gone live, and the navigation bar has returned to what it was before. 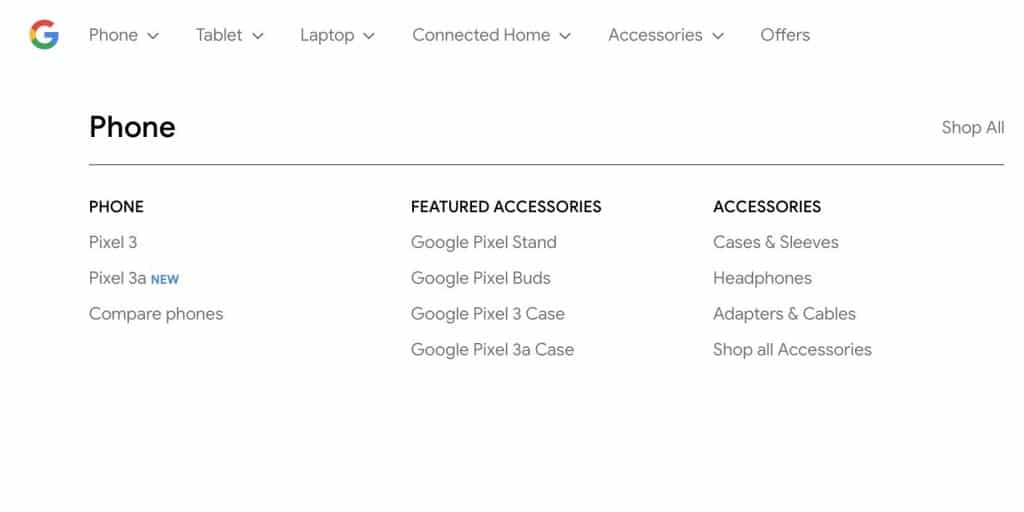