Contents show
OMG! Google Accidentally Confirms Pixel 3
Pixel 3 “filtered” in the Android source code
What if the Pixel 3 is presented ahead of time?

One of the advantages of Android being an open source system is that sometimes we can discover news about Android and future Google devices. For example, the existence of Google’s next flagship, as it seems to have happened recently.

The Android source code hides secrets that only some people are able to discover. For example, this review was last updated on March 9 (that is, almost a month ago), which has gone unnoticed until a little while ago. 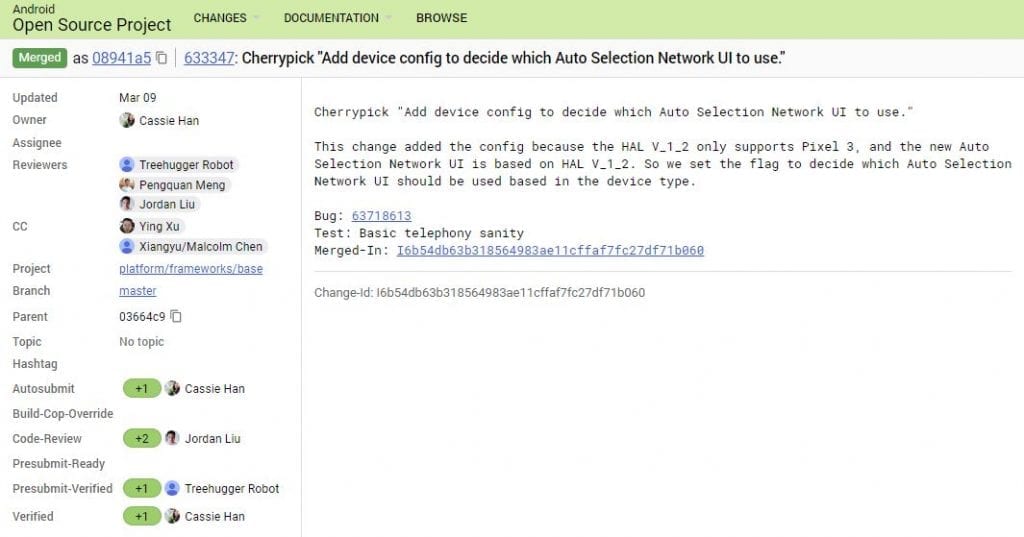 Without going into much detail about the code, they talk about a feature of version V_1_2 of the hardware abstraction layer (HAL). The change of the code makes reference to that version is only compatible with the Pixel 3. The function, in particular, seems to make reference to a new automatic selection of network, characteristic that according to the source code, would only be exclusive to this new model.

There is a detail that strikes us, and that is in the source code of Android have referred to this device as Pixel 3, what is usual in these cases are that they refer to the “code name” of the mobile. A name with which the manufacturers try to avoid this type of errors.

What if the Pixel 3 is presented ahead of time?

Beyond the confusion, it could happen that Google did not want to modify this source code file, with the intention of an imminent release. As we told you a few days ago, it is possible that Google is working on a more affordable Pixel 3 simply to compete with manufacturers such as Oppo or Xiaomi.

Rumours suggest that the Pixel 3 would be presented in summer, and knowing the update calendar of Android P, we believe that the date could be August, with the intention of anticipating the launch of its biggest rival, the iPhone.