With the initiative, all these companies want to facilitate the transfer of information from one service to another, without requiring users to download and submit their data manually. 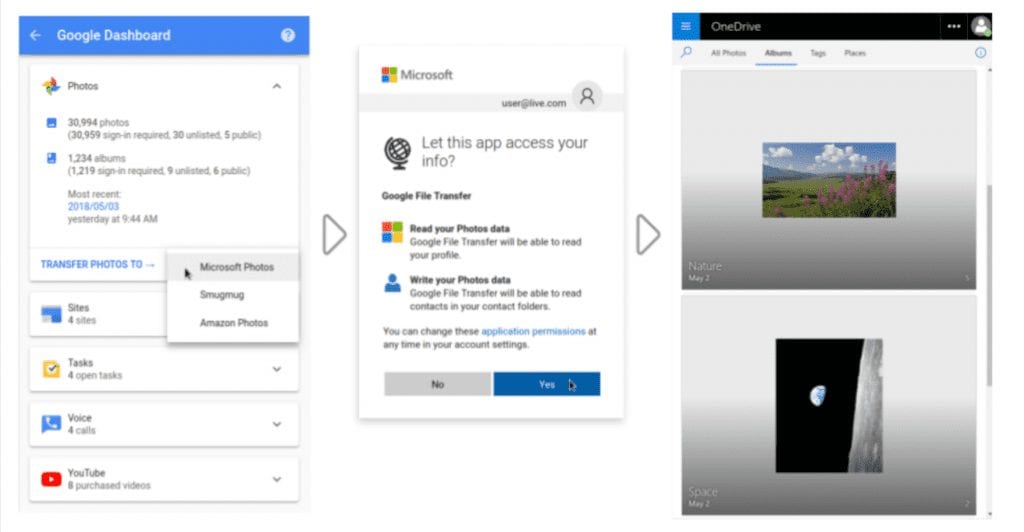 In the official blog, the tech giant Google reports that it already has a ‘Download Your Data’ tool (formerly known as Takeout) where users can download their data saved in more than 50 company services such as YouTube videos, Gmail messages, Hangouts conversations and much more. This information can be sent not only to Drive but also to Dropbox, Box, and OneDrive.

Now the idea is to allow content to be migrated from one service to another in an automated way. You could transfer your emails from Gmail to Outlook.com, or your photos from Instagram to Google Photos, for example. The Data Transfer Project site leaves open the entry of new members, which would make it possible to migrate playlists from a music service or loyalty data from a supermarket. 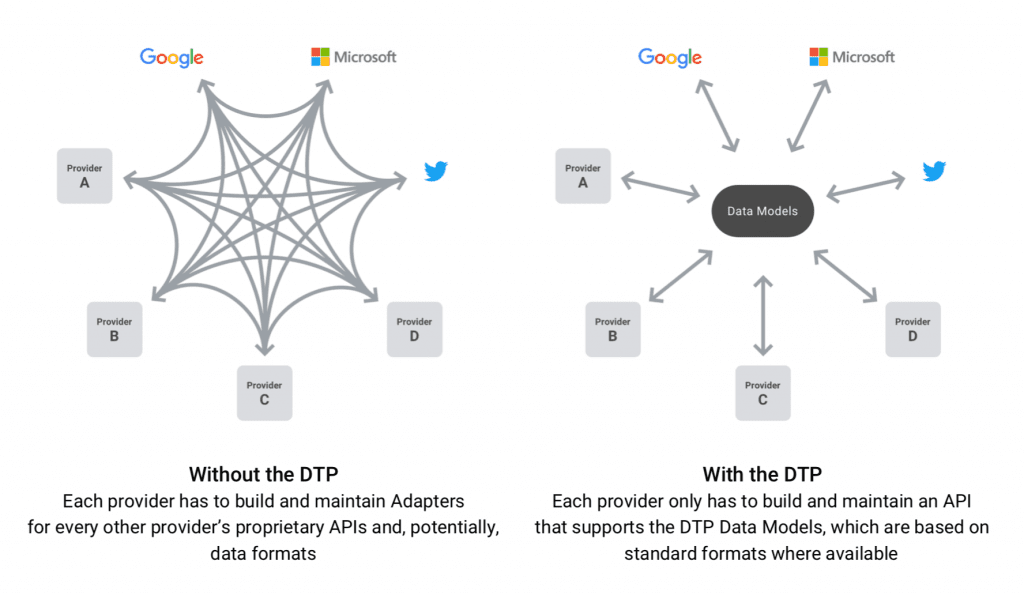 The Data Transfer Project has open source and is being published in GitHub. It consists primarily of “adapters” that convert the data generated by a proprietary API into standardized information that can be understood by another service. Everything is transferred through a system that encrypts the information in transit, preventing files from falling into the wrong hands.

Of course, the project can be a major breakthrough for data portability – especially since today it is difficult to migrate information from one service to another, as there is often no standard and the upload speeds of our connections also do not help. At the same time, the “collaborative” and “open” spirit can help technology giants cope with recent increasingly frequent data breach scandals and monopoly charges.

Also read: How To Change Android Wallpaper After A Particular Time Interval