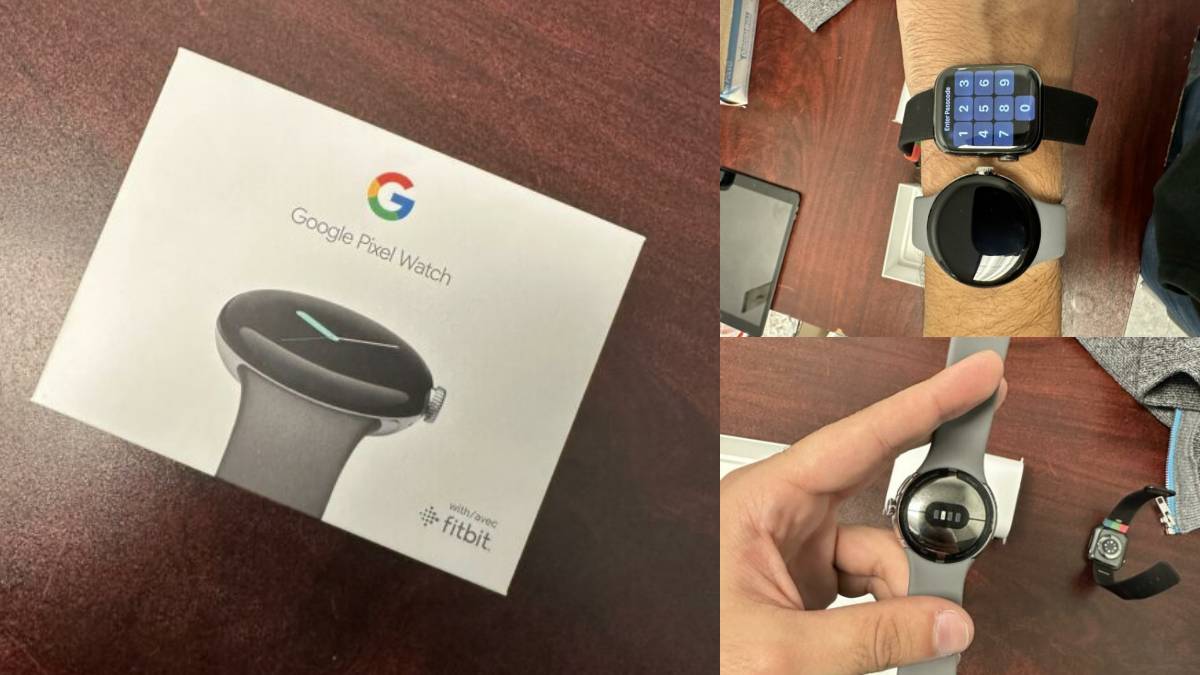 Someone has unofficially unboxed Google Pixel Watch and shared clear & close captured images, which detail many things about it, such as which OS powers it and its charging system.

While the company has already announced the release date, which is just two days after, which means this Thursday, however, let’s discuss the see these upfront details below. 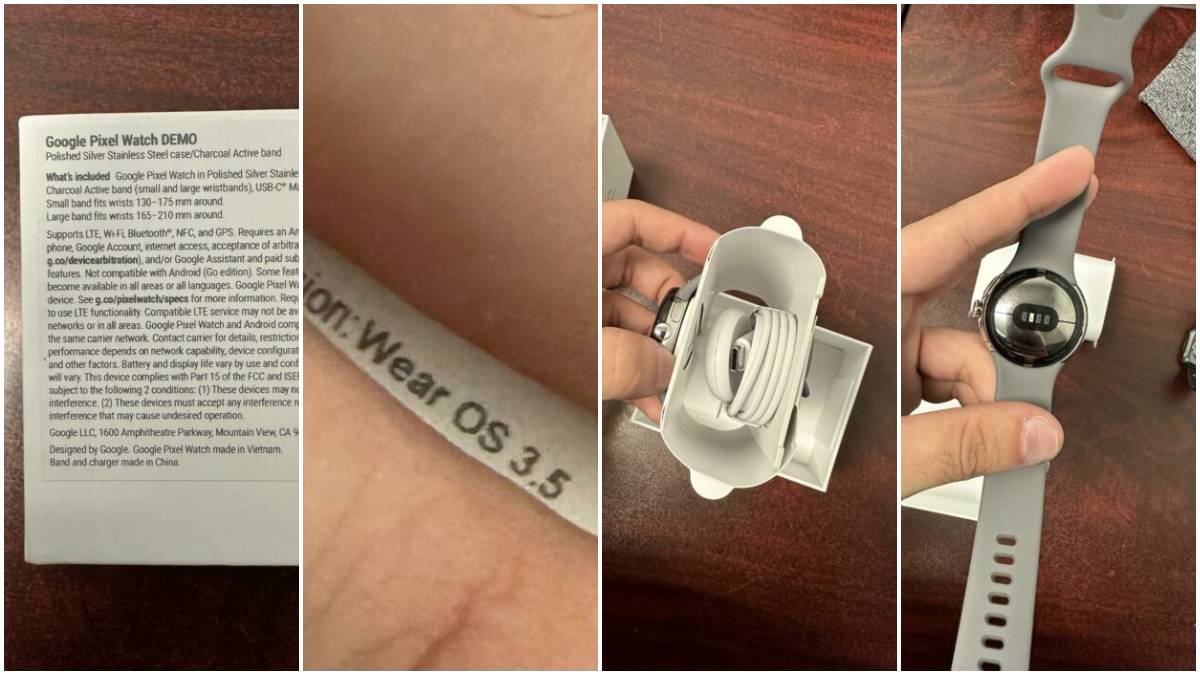 A Redditor has posted multiple images of the Pixel Watch in the community named GooglePixel and claimed that he unboxed the Google Pixel Watch. He also published more than 20 images of it from every angle and comparison.

As you can see images, the watch comes in polished silver stainless steel shade and completely black off-screen, which seems really good. And if you remember the first real leaked images of it, so it is the exact same.

You can see the above image features its packing box, and as the leaker mentioned, the box includes Google Pixel Watch, an Active band in your selected color, and a USB-C magnetic charging dock.

As expected, it doesn’t come with a charger, but it doesn’t matter nowadays because we all got used to it, and for the further, the Redditor has noted about its OS, which is WearOS 3.5.

This watch is expected to come in two different variants: the LTE and Bluetooth-only, but both are GPS–supported.

Besides, he also posted an image comparing this watch with the Apple Watch 7’s 41mm model, and Google’s watch is slimmer than it. Also, he mentioned that this watch is bigger than we expected in comparison to bezels.

But the Redditor didn’t turn it on for privacy reasons, so there are still many details for what we have to wait for, so keep up with our website for more updates.