This Guy Bought 25 iPhone X To Propose His Girlfriend

Well, we must admit that iPhone X was one of the most anticipated smartphones of 2017 and it was also the most expensive device ever produced by Apple. However, due to heavy demand, the company is struggling to produce the required units to match users demands.

If you are an Apple fan and still waiting to receive the all-new iPhone X, then you are not going to digest this news. Recently, a game designer from Shenzen named Chen Ming bought 25 iPhone X smartphones to propose his girlfriend.

Well, Apple had increased the iPhone X shipping time to 6 weeks. However, this guy managed to catch no less than 25 units of brand new iPhone X just to impress his girlfriend.

So, what after purchasing those 25 iPhone X? Well, he placed all the iPhone X on the ground to form an expensive heart with an engagement ring right in the middle. Now you all might be thinking why only iPhone X? Well, let me tell you, both the couples are game addicts, with the new iPhone X they are supposed to enjoy almost every game without any performance issue. 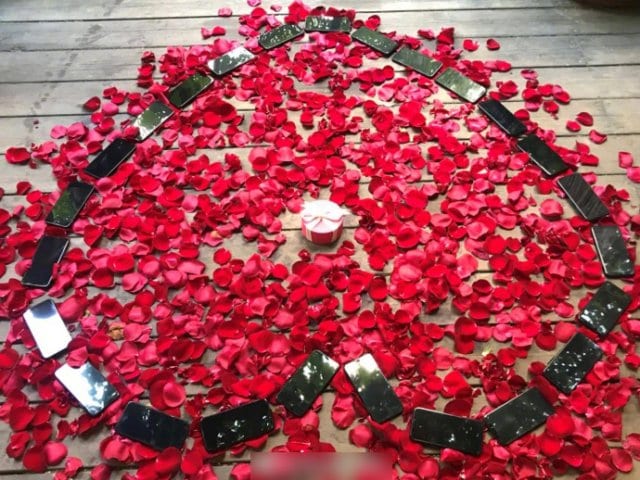