We all know very well that last week, the social network giant Facebook and other similar platforms were affected by a serious security breach discovered by hackers that allowed hackers to steal the data of more than 50 million users through access tokens. However, now according to the latest reports, the hacked Facebook logins are now available on dark web just for only $3.90.

Hacked Facebook Logins Are Available On Dark Web Just For $3.90

Last week, the social network giant Facebook and other similar platforms were affected by a serious security breach discovered by hackers that allowed hackers to steal the data of more than 50 million users through access tokens.

Unlike what happens when the vulnerability is discovered by security researchers, this time the data has fallen into the hands of hackers, so, for several days, they are selling on Dark Web to the highest bidder.

As the Independent media shows, the hackers behind the Facebook hack are already doing business with the stolen accounts of the 50 million users. In the Dark Web, the data of the 50 million users and the tokens of the accounts that would allow access to other people’s accounts are already on sale. The tokens can be purchased for just over $3.90, although there are some more relevant accounts that have a slightly higher price, which is around 12 dollars.

Moreover, if anyone wants to buy them then simply have to pay using the well-known cryptocurrencies, such as Bitcoin or Bitcoin Cash. 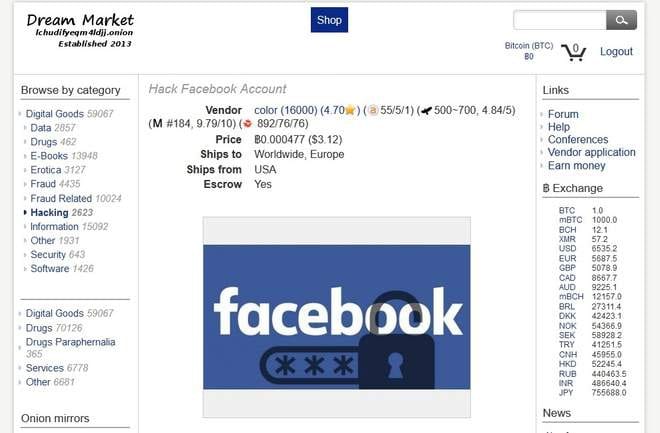 If these accounts were sold individually, hackers could easily have made an amount of money between 150 million and 600 million dollars, depending on the price of the tokens of the accounts. In any case, it is likely that cheaper “tokens” packs that would lower the final value of the theft that are already on sale. 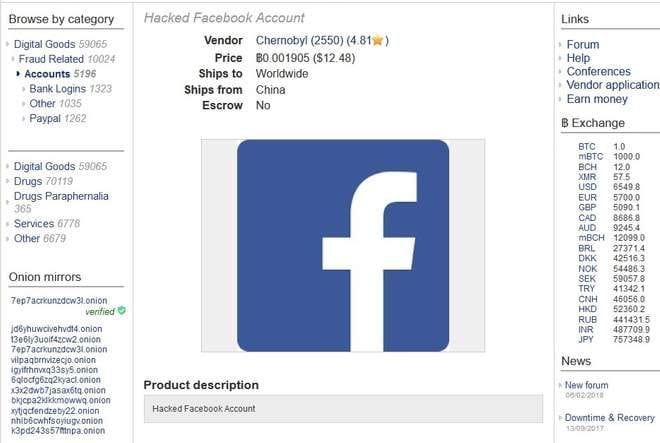 For now, the social network giant Facebook’s top managers say that they do not know who is behind this computer attack, although they are investigating to gather as much information as possible, information that will help them identify the attacker.

This data theft can be expensive for the social network giant Facebook (although, as always, it probably is not). If we take literally the new European data protection law, the GDPR, for not correctly protecting the data of Facebook users could be sanctioned with a fine of 1630 million dollars, 4% of the company’s annual global revenues.

However, the truth is that being a problem in the Facebook code, we do not have much to do to protect ourselves. As soon as the social network giant Facebook security researchers realized the vulnerability they revoked all user access tokens. Therefore, we have probably seen this weekend that we have closed the session on Facebook and all platforms and websites where we had logged in using our Facebook account.

When logging in again, new access tokens would be generated that would leave our account protected. Anyway, it never hurts to review the security settings of our account and take advantage to change our password as a precaution. So, what do you think about this? Simply share all your views and thoughts in the comment section below.