We all know very well that Huawei is preparing what will be the presentation of its new models for 2019 and will take place in Paris on March 27. In this event, Huawei will present the successor of Huawei P10, the model of last year, the new Huawei P20 with 19:9 Display & iPhone X Like Notch.

We have been able to know, finally, how will be the design of the new Huawei P20 will look, thanks to the filtration that has shown that this model will not have a triple rear camera.

More and more details of the Huawei P20, one of the terminals that will not be presented during this Mobile World Congress 2019, but on March 27 at its own event that prepares in Paris. The most innovative thing that was being guessed in the pools of this new phone of the Chinese house was its triple camera.

Finally, it will stay in a double chamber as we have been able to know through the leakster Evan Blass. Unlike the P20, its Plus version seems to have this expected triple camera. This triple alliance would have a vertical disposition as it has been seen in previous images.

The new Huawei terminal would come with Android 8.1 Oreo and all its built-in news. Although in the data and leaks that have been appearing, it has not been possible to know too much about the system with which the new Huawei P20 will operate: the EMUI 8.1. 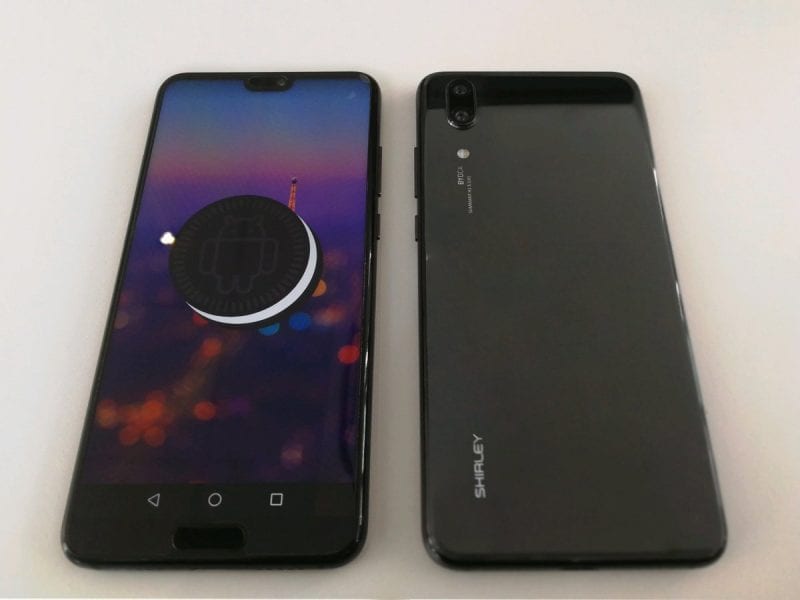 Earlier this month we echoed the Chinese mobile whose design will have a lot, perhaps too much, to do with the iPhone X. It seems that this new Huawei P20 will not go behind the Leagoo, Noa, Doogee, Vivo and other Chinese companies. The new terminal of the Chinese smartphone manufacturer Huawei will have a design that will remind us a lot of Apple’s notch that has left no one indifferent.

In fact, some images that leaked in their day showed how Huawei mounted the same notch that the tech giant Apple has already put in its flagship device front. However, Huawei has managed to put the new notch in smaller dimension as compared to the Apple’s iPhone X, just enough to house the front camera, the sensors and the speaker.

The price of this new Huawei model is not yet known, but the price of its older brother with the triple camera is known. Through the leak of a Chinese leakster we have known that the price of the Huawei P20 Plus would be of 6000 Yuan, about 950 dollars.

Considering that the price of the Huawei P10 Plus with 128 GB of storage was $980, we can assume that the price range will not vary too much. Although perhaps we take a pleasant surprise because the information that has been released refers to the 256 GB version.