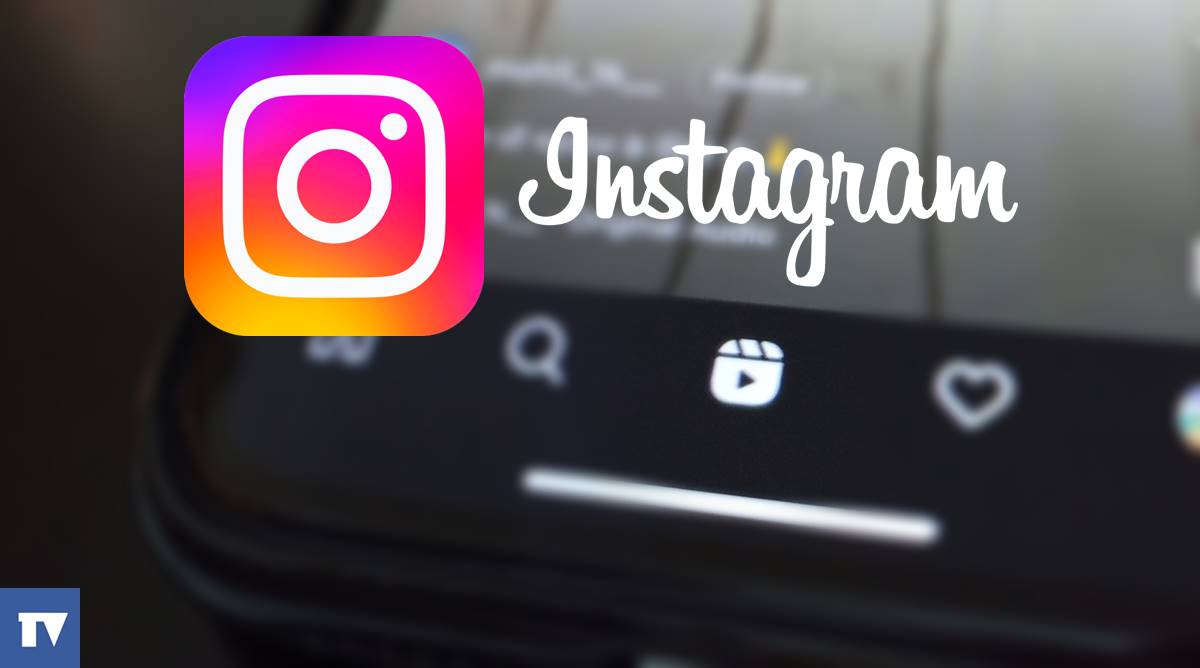 We already saw some of these features in Instagram beta testing and some leaks from the leaker. Let’s discuss them below.

You Can Now Remix Photos & Turned Into Reels 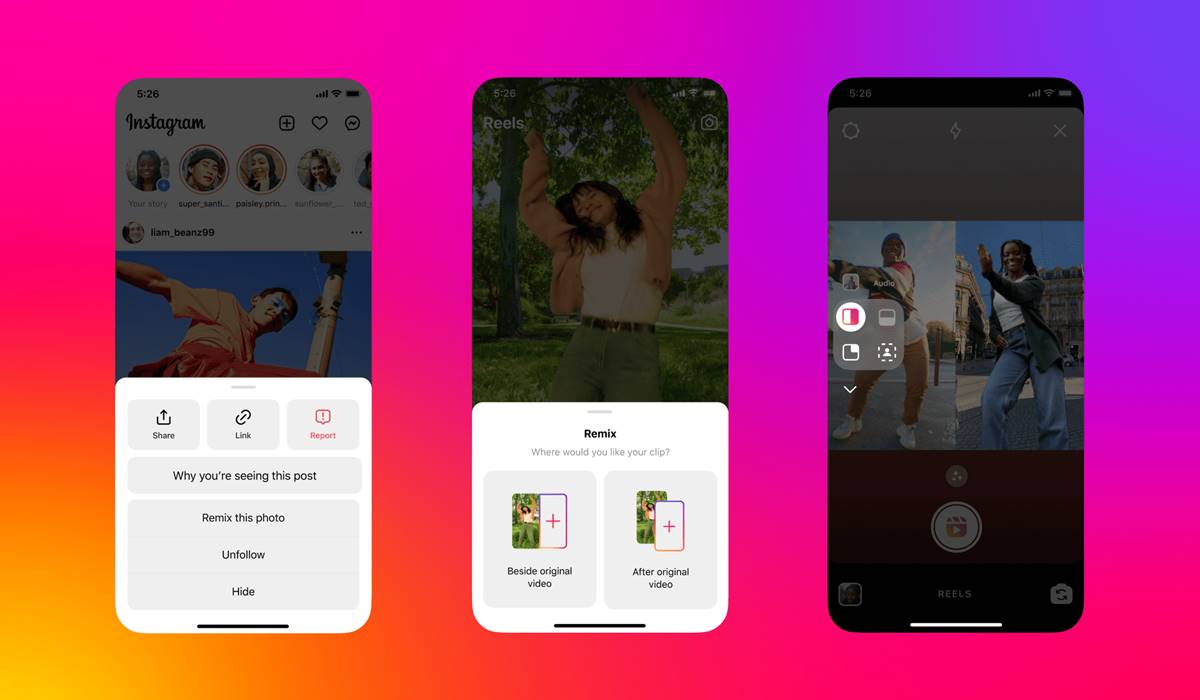 Remix photos will allow you to remix your photo with any public posted photo. You can also make reels of these remixed photos with all the available features, such as adding music, filters, and stickers.

There is an expansion of remix layouts with new capabilities of vertical and horizontal split screens in the reels, and you can also choose a green screen or a new picture-in-picture layout to add a reaction to the reels.

Also, you can add your past reels video clip without adding them in the remix to show a specific part of the reel video. 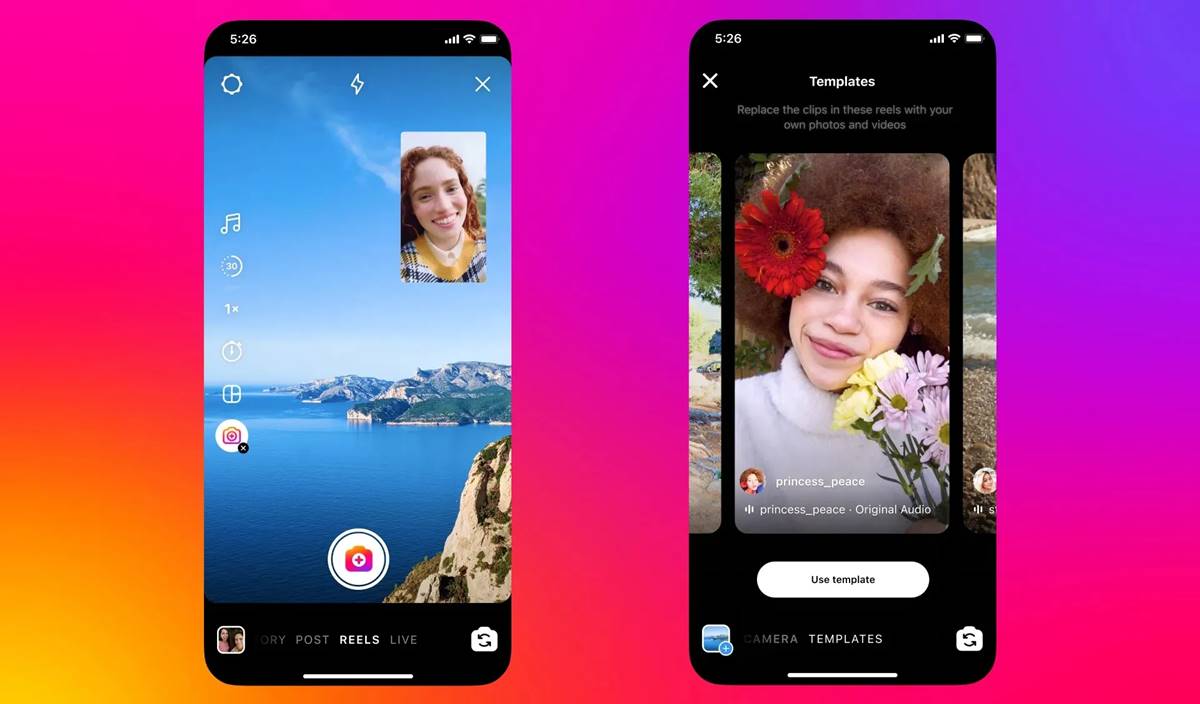 Along with these remix features, there are also two new features in the reels segment for saving your time, such as a dual camera capture and a new templates feature.

The dual features allow you to capture video with the front and rear camera, which means you can record your reaction and actual video at the same time. You can see in the above first image how it will work.

As we are all familiar with templates, it will save your time in creating templates for reels, and you might be allowed to keep multiple templates, so you have to add photos and videos. 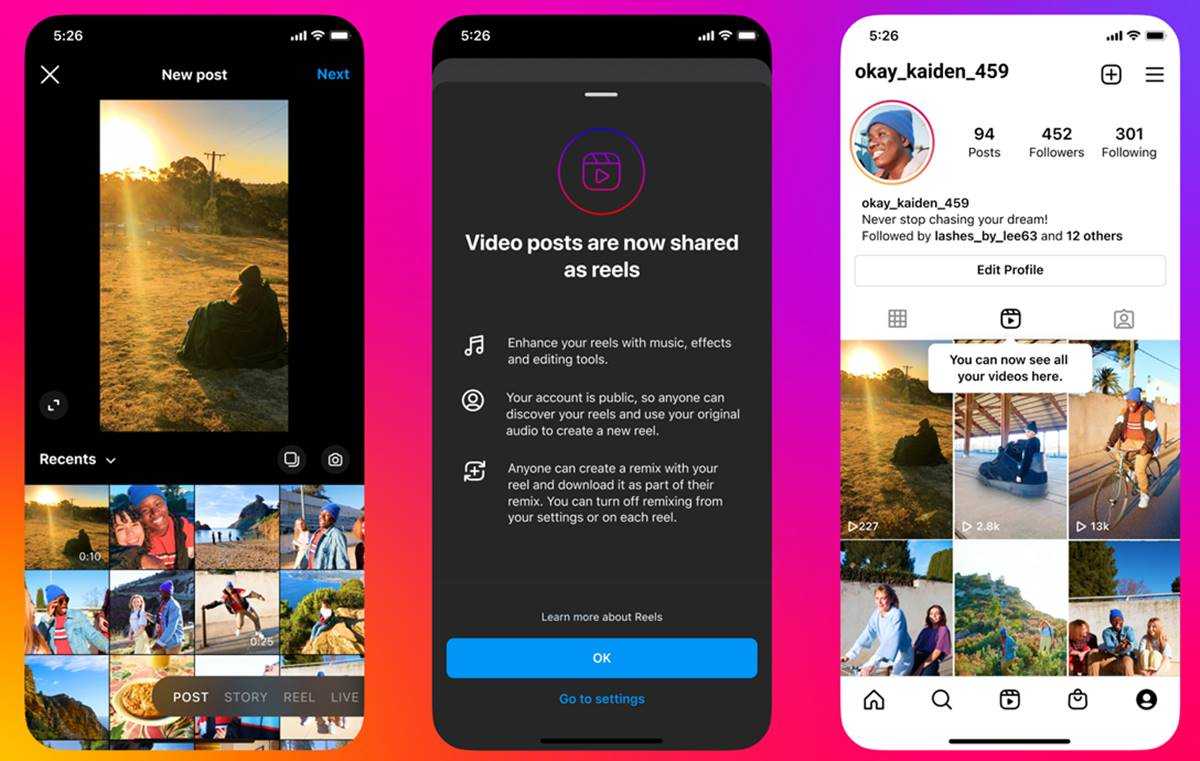 Besides, the Meta-owned platform will now give some reach boost to your reels video by its recommendation segment, but it only applies with reels under 90 seconds, and private accounts will go the same as earlier.

Instagram will roll out all these features in the coming weeks.