We all know very well that Intel is the world’s largest and giant chipmaker, which has now officially unveiled its new family of eighth-generation Intel Core processors, which target especially the most demanding gamers, content creators and users looking for superior performance on their desktop computers.

Intel, the world’s largest chipmaker, has officially unveiled its new family of eighth-generation Intel Core processors, which target especially the most demanding gamers, content creators and users looking for superior performance on their desktop computers.

The technology company, based in Santa Clara, Calif., Has launched its new generation of desktop microprocessors, the eighth-generation Intel Core, as highlighted in an official statement.

In addition, the most powerful model of these new eighth generation Intel processors is the Intel Core i7-8700K, which can reach up to 4.7GHz frequency per core thanks to the technology Turbo Boost 2.0 provided by the company.

In fact, these new components presented by the company, offer a much more immersive user experience, quick and easy, compared to their previous models and also represents up to 25% more frames per second in titles such as Gears of War, compared to the performance of its predecessor.

It is for this reason that Intel has ensured that its new processors are prepared to deliver “up to twice as fast performance in a three-year-old computer” by simultaneously performing the tasks of gaming, recording and streaming content on the Internet. 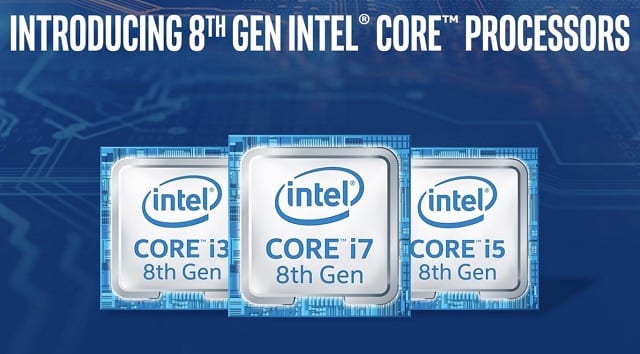 Finally, Intel’s new family of processors increases the speed of editing 4K 360-degree videos compared to the seventh generation by as much as 32%, as the company said. Similarly, content editing is “up to 65% faster” compared to a three-year-old computer.

It is important to note that this new generation of processors, will be available in stores from October 5, while the flagship will be available – the Intel Core i7-8700K – at an estimated price of $359 in the United States.