Intel came up with a new driver update for its recently launched Arc-series desktop graphics cards, and this update brings around a 2X performance boost in multiple DirectX 9 games.

The company launched its first desktop GPU series earlier this year, and now, to make an impact on its popularity, the company has rolled out huge improvements with its latest update, so let’s discuss all details about it. 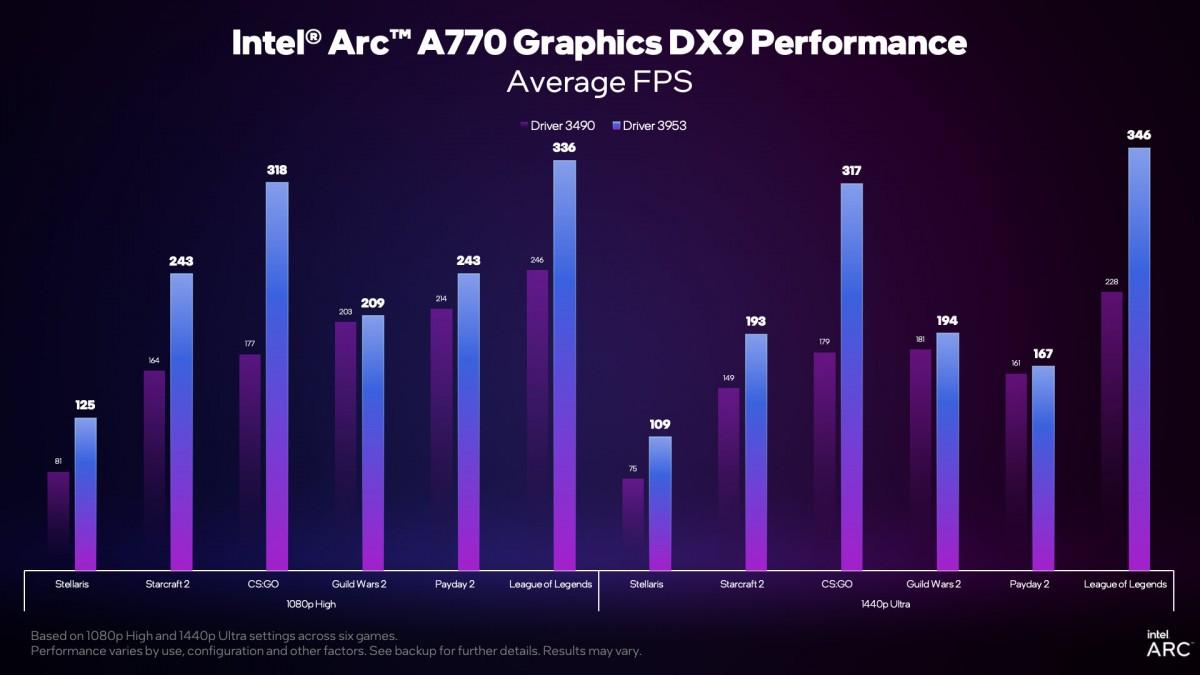 This new update to the Intel Arc A770 GPU driver turned driver 3490 into driver 3953, which will deliver an average 1.8X improvement to all most DirectX 9-supported games, and some of may will also get 2X.

The company has shared FPS data of some games, such as PayDay 2, CS: GO, and League of Legends, while playing at 1080p resolution and high graphic settings, 1440p resolution, and Ultra graphics.

To show all these changes, the company has demonstrated performance stats in the gameplay of the well-known first-person shooting game CS: GO (Counter Stike: Global Offensive), which you can see in the below video.

There’s a serious performance difference in both side gameplay, as the gameplay with the earlier driver seems to get around an average of 150 fps and sometimes lower than that.

But, on the right side, gameplay with the latest driver update is getting an average of 300 fps and most of the time higher than that and seems more smooth because there are also some improvements in its frame time.

The frame time is more important than fps as it marks stability in gameplay. And now, this update will also deliver a more stable frame time without many high or lower peaks during playtime.