The device can access all data stored in smartphones, even the IMEI number that differentiates it from any other phone.

The Rayzone Group is a prominent Israeli firm dedicated to computer security, and among the devices offered in their catalog is InterApp. This gadget has the powerful feature to access without any barrier to the information stored in a user’s personal smartphone.

Also Read: How To Surf Anonymously On Smartphones & PC

And when we say no barrier, access is virtually unlimited: the black and white box can reach passwords, photographs, or personal and private information stored on the mobile.

Contents show
InterApp That Governments Can Use To Hack Your Smartphone
How it works
How to avoid it?

InterApp That Governments Can Use To Hack Your Smartphone

The clarification is that InterApp is developed by policy bodies and government intelligence agencies to enable them to steal sensitive information through the cloud leveraging vulnerabilities in smartphone operating systems and installed applications.

Of course, the dilemma is that while it is an effective way to access helpful information in the fight against terrorism, on the other hand, is the challenge of digital privacy remains since it flagrantly violated.

Also Read: How To Lock/Unlock PC Using Bluetooth Of Smartphone 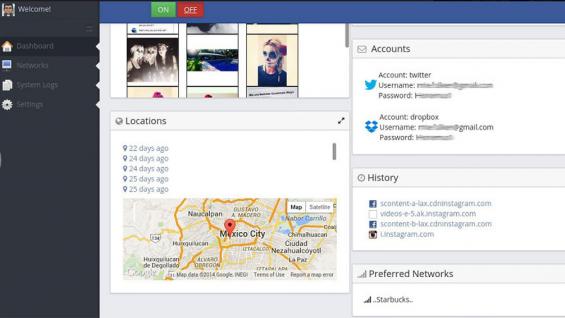 InterApp facilitates entry next to the device. The only condition for phones to transfer your privacy is to have open access; once connected, it doesn’t even need to click on the Internet again and will be controlled by the hacker. According to Rayzone, InterApp can get email accounts, passwords, and social networking services like Twitter or Facebook, photos stored on your phone or uploaded to Dropbox platforms, as well as the device IMEI, MAC address, contact list, or browser history. That is, virtually anything that is storable in the smartphone.

You can watch hundreds of phones simultaneously, no matter if they have Android or iOS; it leaves no trace; it is straightforward to use for security forces and displays the results of hacking extremely orderly fashion on a board. Just in case, to give some reassurance (if possible after learning that this device exists), Rayzone Group reports that it is sold to governments and federal agencies only.

Also Read: How To Check Devices Connected To Your wifi Using Your Smartphone

How to avoid it?

IThisdevice can only access enabled smartphones with its wifi connection. Still, it is good to remember the benefits of limiting the information we pour into networks and what we keep in the cloud.