The 10th anniversary iPhone is expected to arrive with lots of a never-seen-before feature. Apple is right now testing two different iPhone 8 version. Both the version have the different TouchID arrangement.

Well, the rumors regarding iPhone 8 are spreading like a fire on the internet. In 2016 we have seen Apple launched iPhone 7 which was undoubtedly a huge hit. Apple fans are just a few months away from getting their hands on Apple’s tenth Anniversary iPhone.

The 10th anniversary iPhone is expected to arrive with lots of a never-seen-before feature. We have shared an article in which we have listed the top 3 rumored features of iPhone 8 that proves it will be an extraordinary phone.

Previously, the rumors suggested that Apple is planning to put the TouchID sensor underneath the screen on the next iPhone. Whereas the other reports claimed that TouchID is going to be placed on the backside of the iPhone.

The recent reports from iDrop News claimed that Apple is right now testing two different iPhone 8 version. Both the version have the different TouchID arrangement. iDrop had even published some concept images which are credited to designer Benjamin Geskin. The concept images give an idea of how the upcoming device would look like. 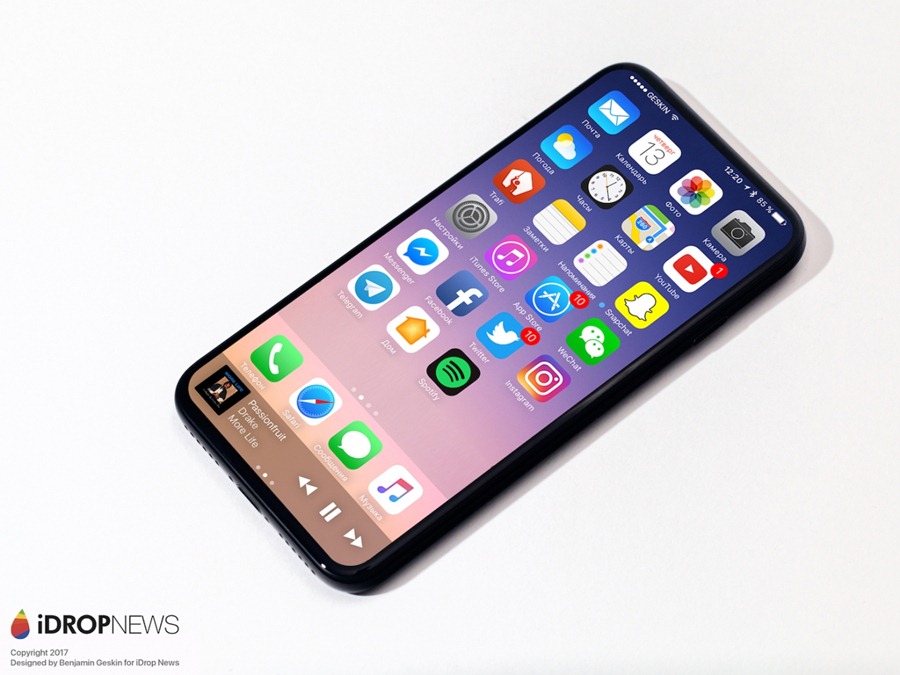 The concept images also point to the existence of an invisible front-facing camera. The invisible front camera will be hidden inside iPhone 8’s touchscreen. Well, to find out more features about upcoming iPhone 8 visit this link.