We all know very well that with the new iPhones, the tech giant Apple has also brought its new processor, of course, the all-new A12 Bionic SoC. As expected, the new A12 Bionic chip is faster and more powerful than the previous proposal, which was already a threat to the competition. However, now according to the latest reports, the new iPhone XS Max and the iPhone XR first benchmark tests are out and they are just insane.

With the new iPhones, the tech giant Apple has also brought its new processor, of course, the all-new A12 Bionic SoC. As expected, the new A12 Bionic chip is faster and more powerful than the previous proposal, which was already a threat to the competition.

Now the new iPhones which are about to hit the market, it’s time to evaluate the hardware power and capabilities, in short, the benchmark test score. The first benchmark results for the new iPhone start to emerge and they are fantastic.

The tech giant Apple, as it always did, has minimized the specs of new iPhones. It focused on the core elements, such as the camera and the processor, and left out some information that everyone wants to know, with a special focus on memory and A12 performance against the competition.

With the start of the availability of these items come since the first benchmark tests scores and some important additional information and everyone wants to know scores that the new iPhones have managed to achieve.

The first results that have emerged are relative to what is thought to be the iPhone XR. This model shares the new and powerful A12 processor. The tests on GeekBench shows that it has reached 4754 points in one core test and 9367 points in multi-core tests. 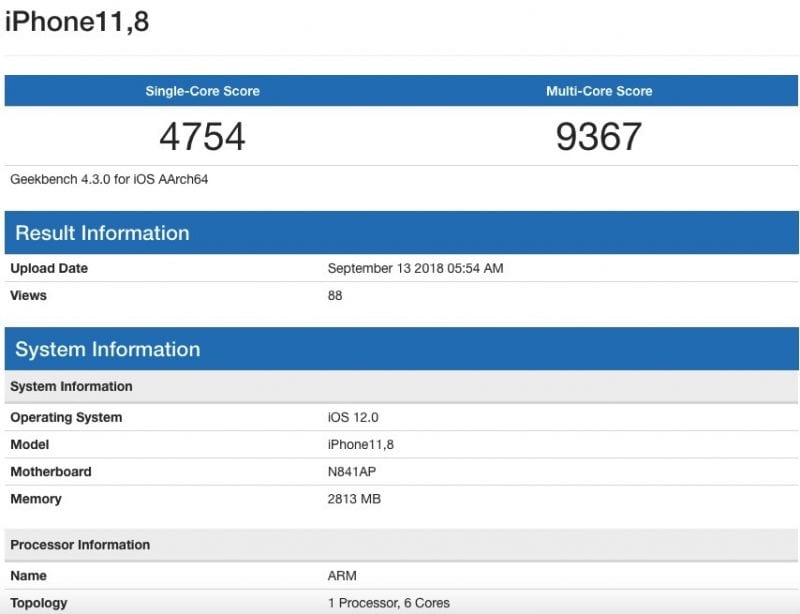 The information in this test also revealed that the iPhone XR will come equipped with 3GB of RAM, as has been suspected for some time.

In the case of the iPhone XS Max, which also had its test revealed, the results are even higher. The top model has the same components as the rest, but with some extras. In the GeekBench tests, it reached the 4813 points in the tests and 10266 points in the tests of multi-cores. 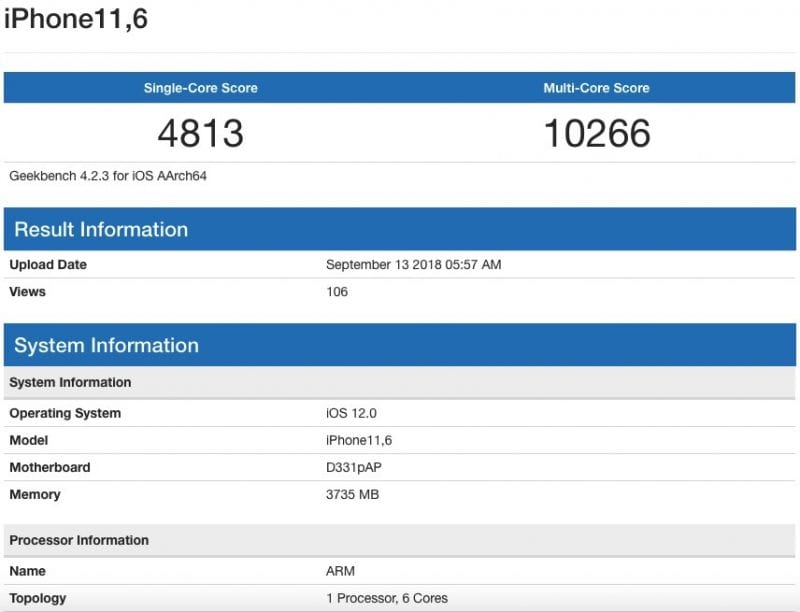 Here, comparison with previous models is more difficult because the iPhone XS Max comes to open a new category. However, looking at the iPhone X, the values grow. The iPhone X reached 4219 points on one core tests and 10107 on multi-core tests. As for RAM, the iPhone XS Max is above its siblings, as this top model has 4GB of RAM present.

These values again eclipse the Android competition, where we have only 3328 and 8662 points achieved by the Samsung Galaxy S9+. It is now time to wait for the new iPhones to hit the market and to compete these insane values.