Joker Malware is back on Google Play Store apps. Pradeo, a mobile security firm, has been notified about the new strain of Joker malware infecting Android apps.

The malware has infected 15 popular apps on Google Play Store. Last year, this malware created a huge mobile security risk as it infected legal apps on the play store.

Despite Google’s involvement, the malware is successfully back with small changes in the codes. This malware was first discovered in 2017, and it’s a huge challenge for Google to handle it. 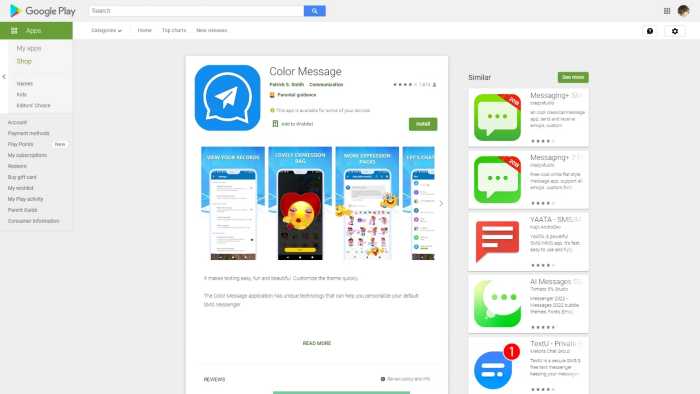 The infamous malware has been found on the popular app called Color Message. The app has been downloaded by more than five lakh users from Play Store. A Color Message app makes your SMS texting funnier with the new emojis.

However, the team of researchers from the firm Pradeo found that the app is infected with Joker Malware. The report said the app looks to be connected to Russian servers.

These apps are infected by Joker Malware:

“Our analysis of the Color Message application through the Pradeo Security engine shows that it accesses users’ contact list and exfiltrates it over the network. Simultaneously, the application automatically subscribes to unwanted paid services unbeknownst to users. To make it difficult to be removed, the application has the capability to hide its icon once installed.”

As of now, the Color Message app is removed from the play store. But the users who already have downloaded the app must immediately delete the app from their device.

The Joker malware is categorized under “Fleeceware,” which steals your money without your knowledge. This malware clicks and intercepts SMS to subscribe to the unwanted premium services without the users’ knowledge.

It will automatically subscribe to the paid services online without the user’s permission and also clicks on online ads. The most dangerous thing about this malware is, it also reads OTPs from the SMS to approve payments. You will not even know when the payment is done until you check your bank statements.