We all know very well that how popular mobile operating system the tech giant Google’s Android is. The tech giant Google has continued to increase its influence over the system and many have doubts about their privacy. Hence, if you are looking for an Android alternative, then meet eelo which is developed by Mandriva Linux creator.

After having success with its distribution, Linux wants to do the same with Android, a system that it considers in the hands of the tech giant Google and requires an alternative with open source applications but also with the possibility of implementing the services of third parties that the user wants.

Let’s review what gives us eelo and ask whether these alternative Android really offer something compelling enough as to abandon the official system and we move on to the alternative. 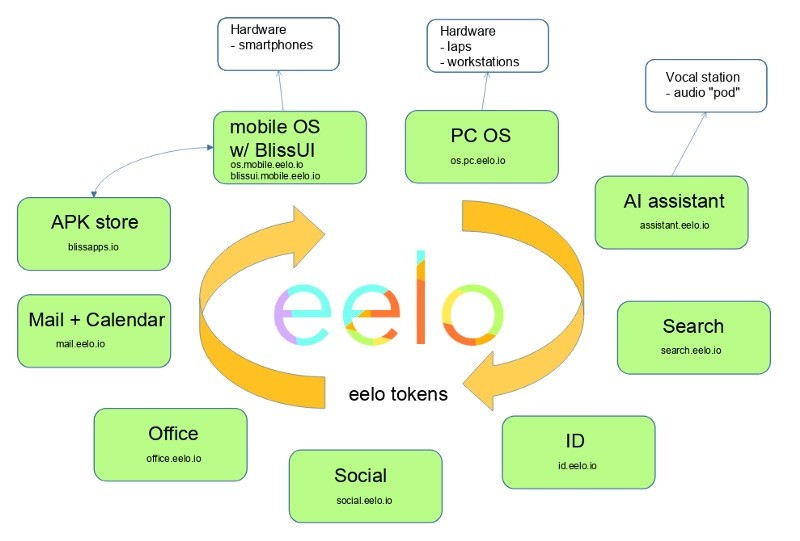 This is based on LineageOS. Its creator is, in fact, creating this system starting from them but implementing its own launcher, planning its application store and establishing the alternative applications that will be used.

The base work is paramount and this is where there are few options that have enough support. We have AOSP, LineageOS or Paranoid Android, but normally the rest of the alternatives are based on these and dedicate their efforts to implement their own improvements.

BlissLauncher is the pitcher of eelo. We have options such as moving several applications, a new notification system and a new blocking screen. They also work on their own designs of icons and wallpapers, one of the criticisms they make of LineageOS, which they say is too flat.

eelo promises to integrate search services, storage in the cloud and even a digital assistant. For this, he has opened a project on KickStarter with which he expecting to obtain financing and thus be able to deliver the promised updates over three years.

The problem that usually occurs with these alternatives is shown. If they do not get money to support their work, they can not move forward. And beyond the reputation and skills of its creators, it takes a well-organized community for a system to succeed. And this community is achieved over the years and hardly in the period of time that a crowdfunding project lasts.

What do these new Android-based systems offer?

It is not the first free Android alternative that enhances the privacy we find. The list is quite long and there are many actors interested in creating a new system that faces Google’s Android.

The most powerful is LineageOS, natural heir of CyanogenOS and one of the best positioned for those who seek to leave the Google ecosystem. Beyond ROMs like OxygenOS or Paranoid Android, we have forks that are based on free software like Replicant or ultra-secure alternatives like CopperheadOS.

We also had very interesting projects to create a desktop Android like Remix OS, but it ended up closing and showing that even if you manage to generate enough attention you are not guaranteed success. Large companies like Canonical with Ubuntu Touch or Mozilla with Firefox OS have tried to create a mobile system, also without coming to success.

The attempts will not cease. Besides eelo, we have also recently met CREO, an Indian startup that has managed three million dollars to present its idea of an alternative to Android or Librem 5, which exceeded two million in its KickStarter project.

So, what do you think about this new Android alternative? Simply share your views and thoughts in the comment section below.