Then we heard the news that how a new patent acquired by the tech giant Microsoft that simply tells us that those in Redmond simply want to implement a fingerprint sensor on the keys of keyboards.

For example, we will find that the personal assistant Cortana will work as an assistant in the chats, suggesting answers, taking into account the context of the conversations, as we see in the image below. 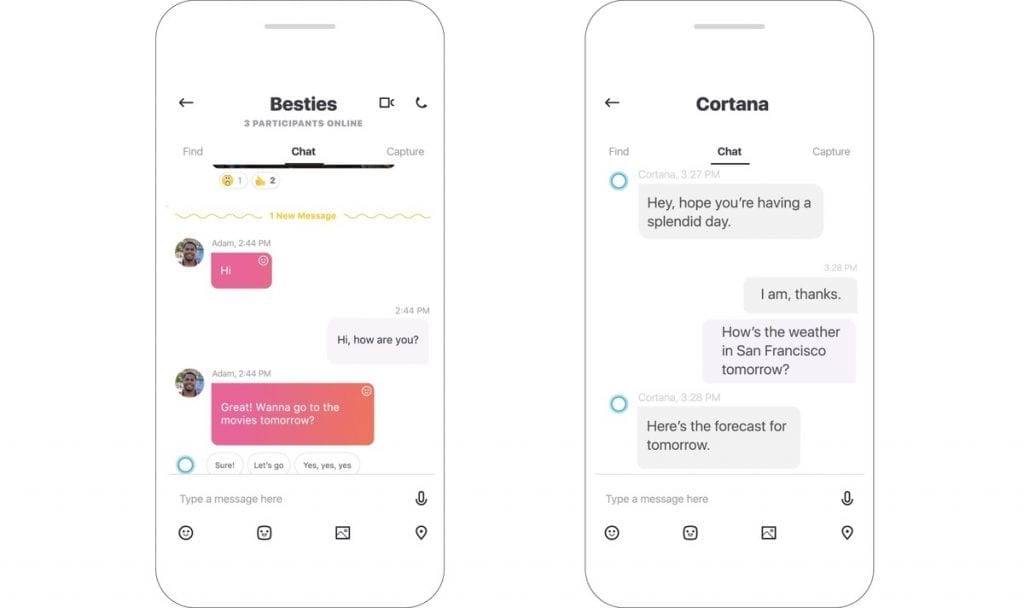 We’ve already seen this dynamic in Messenger, with the smart Facebook assistant, or in Gmail, when it suggests “smart answers.”

Now, if Cortana detects that we are scheduling an activity or event, she will suggest creating a reminder by facilitating the process for scheduling the date and location. And on the other hand, other functions of Cortana on Skype is the bot.

That is, we will have it as one more contact, to interact and ask questions. Following the dynamic that we already know of the intelligent assistant of the tech giant Microsoft, we can ask curious questions like the actor of a movie, or what the weather will be like next Wednesday, and so on.

Or we can ask for an address, the status of a flight, a quote, among others. And all this, without leaving Skype, nor stop talking with our contacts. According to the tech giant Microsoft, Cortana for Skype is already deploying on both iOS and Android, but at the moment, only for users in the United States.