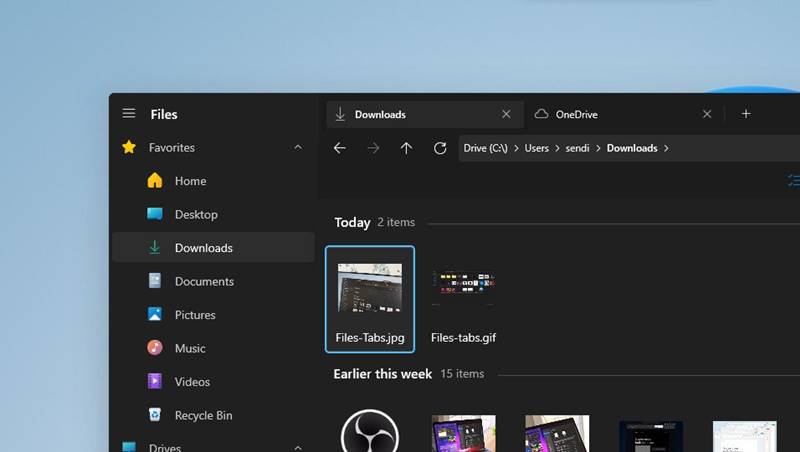 Previously, Microsoft launched new fixes & features in the earlier build for Windows 11 Insider channel. Now, it also introduced some fixes for a new tabs system in File Explorer for the beta channel insiders.

While this new feature was announced by Microsoft earlier this year, last week, this feature became available for the insiders of the Dev channel.

The insiders of the beta channel were impatiently waiting to test the highly anticipated file explorer tab, and they got it in the earlier Windows 11 build, but there were some bugs.

Reportedly, this new build will fix the previous build’s flaws and improve the overall experience of Windows 11. File Explorer is also offering a layout of the left navigation pane.

Unfortunately, the File Explorer’s Tab feature had an issue. The File Explorer tab contains misaligned up arrows, and this update only focused on fixes for this issue and some others that haven’t been noticed yet.

For those unfamiliar with this feature, it will help you navigate the folders easily. It also provides quick access to frequently used or pinned folders. This feature also allows you to clarify cloud and local folders.

In addition, Microsoft is also testing an updated right-hand navigation pane, and the update is only available for Beta channel insiders.

It is expected from official notes that Microsoft is rolling out the new feature in waves. It means if you install the preview build in your system, you will not be able to see the new tab interface.

Besides, the company already pushed the 22H2 RTM version a month ago, which contains fantastic features, such as dynamic widgets on the taskbar and improved navigation files and tabs within the file explorer.

So that we can expect its release very soon for all the supported devices and many new features are also coming.