We all know very well that the tablet market has been suffering a slowdown and the offer by the brands to this segment has also slowed down. However, the tech giant Apple continues to bet strongly in this segment and has just announced the new iPad Pro with iPhone X like features.

Contents show
Apple Launched The All-New iPad Pro With iPhone X Like Features
iPad Pro with Face ID and USB-C
New Bionic A12X processor
Games with naturalness never seen on a mobile device
Now the iPad Pro brings USB-C and can charge the iPhone
The all-new Apple Pencil comes with more modern features
New keyboard and the end of Home button
What about the prices?
These are the prices in the national market:-

The tech giant Apple’s CEO, of course, Tim Cook has shown that the iPad line is strong and sells more than its competitors. What new, the iPad Pro (2019) brings with it?

Also Read: How to Use Multiple Apps at Once On Your iPad

The all-new iPad Pro is officially announced. As the tech giant Apple introduced it on the stage of its event taking place in Brooklyn, New York. 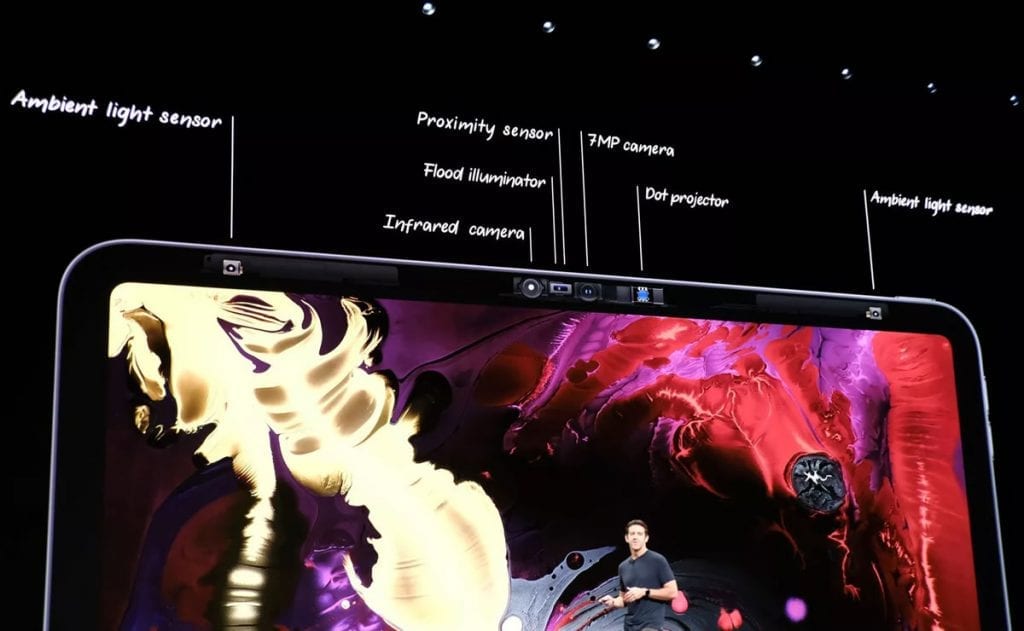 Thinner picture frames, Face ID, a USB-C port and much more powerful specs than its predecessor. 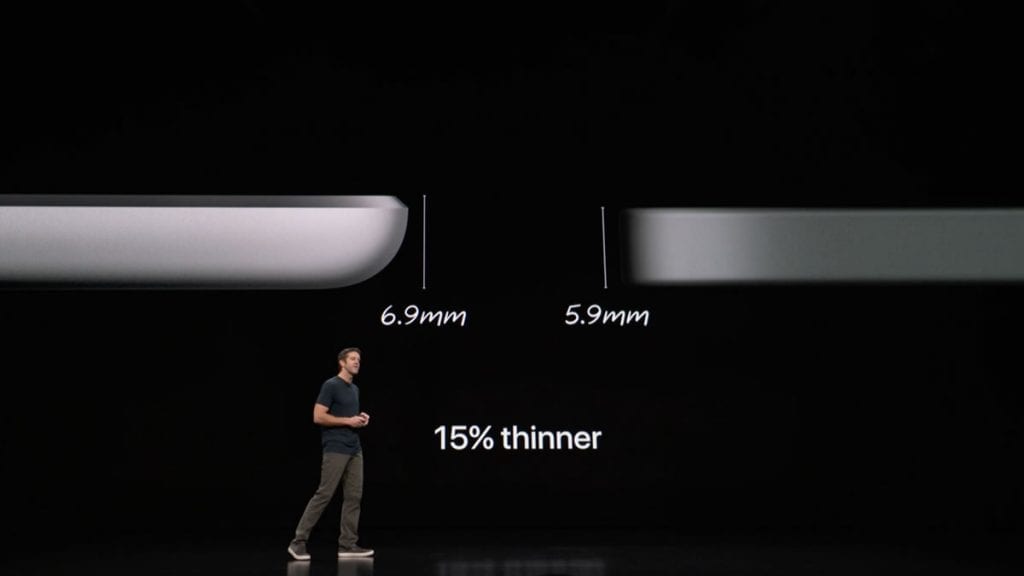 Just like in previous years, the all-new iPad Pro comes in two screen sizes, but they got even bigger. The iPad Pro is available in 11 and 12.9-inch sizes.

The new iPad Pro of 2019 comes equipped with the new A12X Bionic chip from the tech giant Apple, with 8-core CPU and 7-core GPU. This leads to single core performance 35% faster and a jump to 90% faster for multi-core tasks. 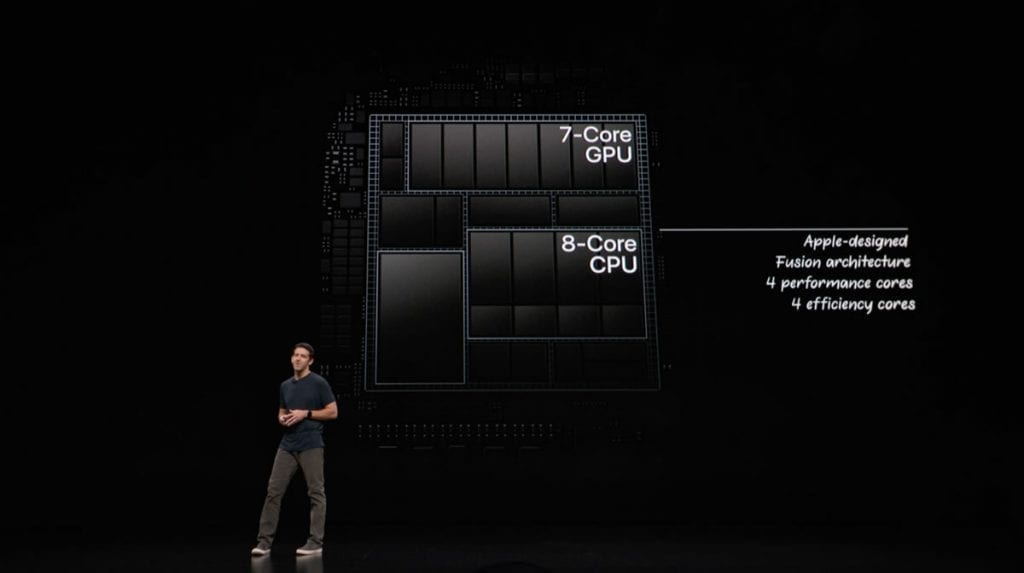 Games with naturalness never seen on a mobile device

As for the GPU, the tech giant Apple’s Jon Ternus said that “the all-new iPad Pro offers graphics performance class of the Xbox One S in a much smaller package.”

The iPad’s transition from Lightning’s proprietary, of course, the tech giant Apple’s port to USB-C is a move of the company that has not yet considered appropriate for its iPhones. Even because, as we have seen, the recently launched iPhones XS and iPhone XR continue to use the Lightning port. 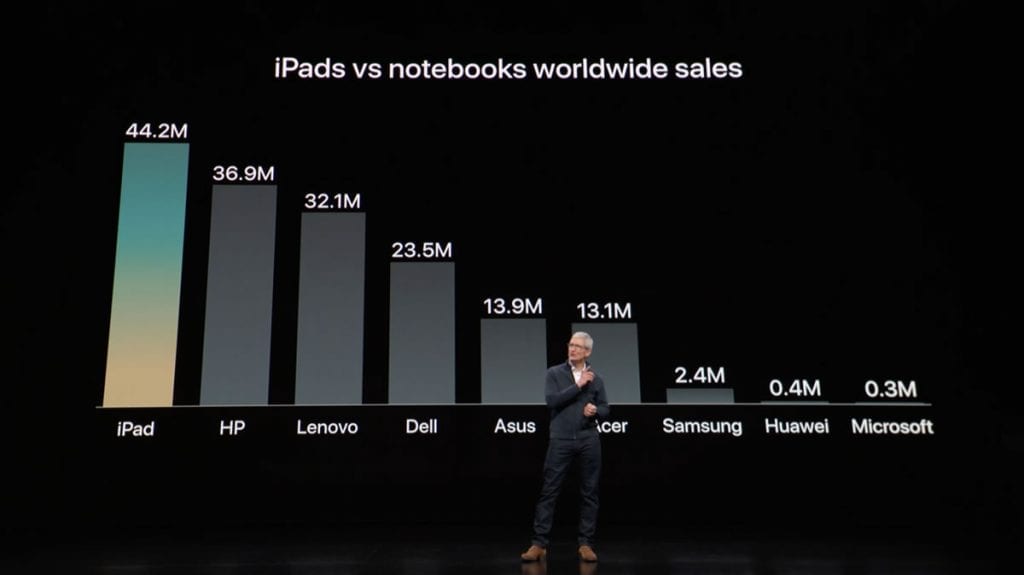 Now, on iPads, the story has changed. Putting the USB-C on an iPad further strengthens the device as an alternative to the computer – if it is not yet a complete replacement, as the numbers in the image above show.

The new port opens up new features for the iPad Pro, such as charging for an external device. Now you can charge your iPhone using the iPad Pro battery.

The news is still far from over, there is still the launch of the new Apple Pencil. This device has been redesigned and has more features. The charging method is over, which was a bit ridiculous, and this pen now charges wirelessly when magnetically glued to the iPad.

These new iPads carry an 18-watt charger in the box, and the tech giant Apple says the battery life is good for up to 10 hours of continuous use.

When you start to use the pen automatically the device will launch the Notes app. There are many other applications with the update to the new features of the Apple Pencil.

New keyboard and the end of Home button

The tech giant Apple to end the Home button and bring more touch technology for the iPad Pro opens the door for developers to create interactive elements. New ways of working and interacting are now more necessary than ever.

The Cupertino company, of course, the tech giant Apple knows that while having the iPad Pro a fantastic screen and more actions through gestures, the keyboard is another key point. Thus, the tech giant Apple is upgrading the old Smart Keyboard which is now known as Smart Folio Keyboard, to allow the iPad to stay at two different writing angles.

What about the prices? 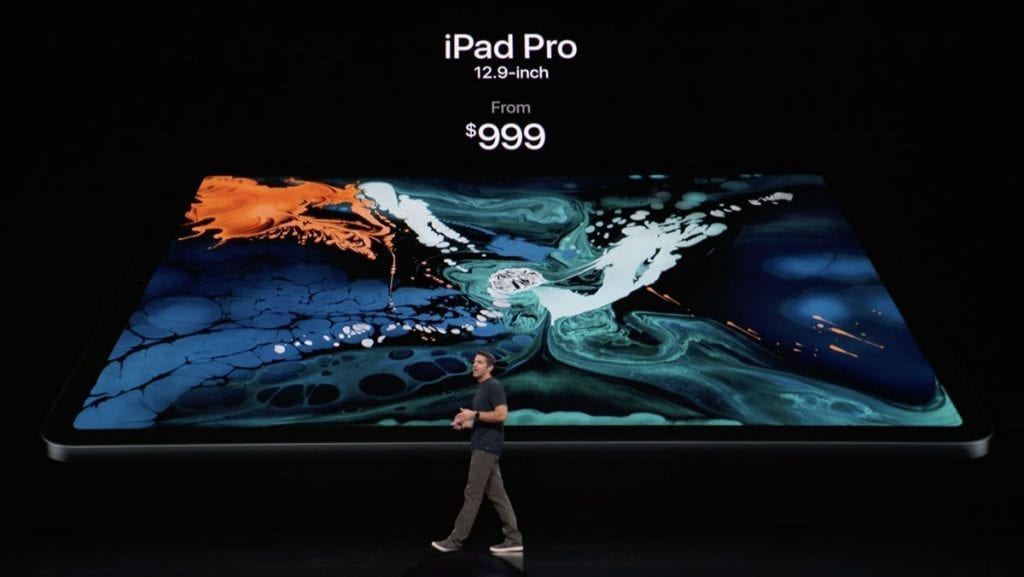 These are the prices in the national market:-

So, what do you think about this all-new iPad Pro of the tech giant Apple? Simply share all your views and thoughts in the comment section below.