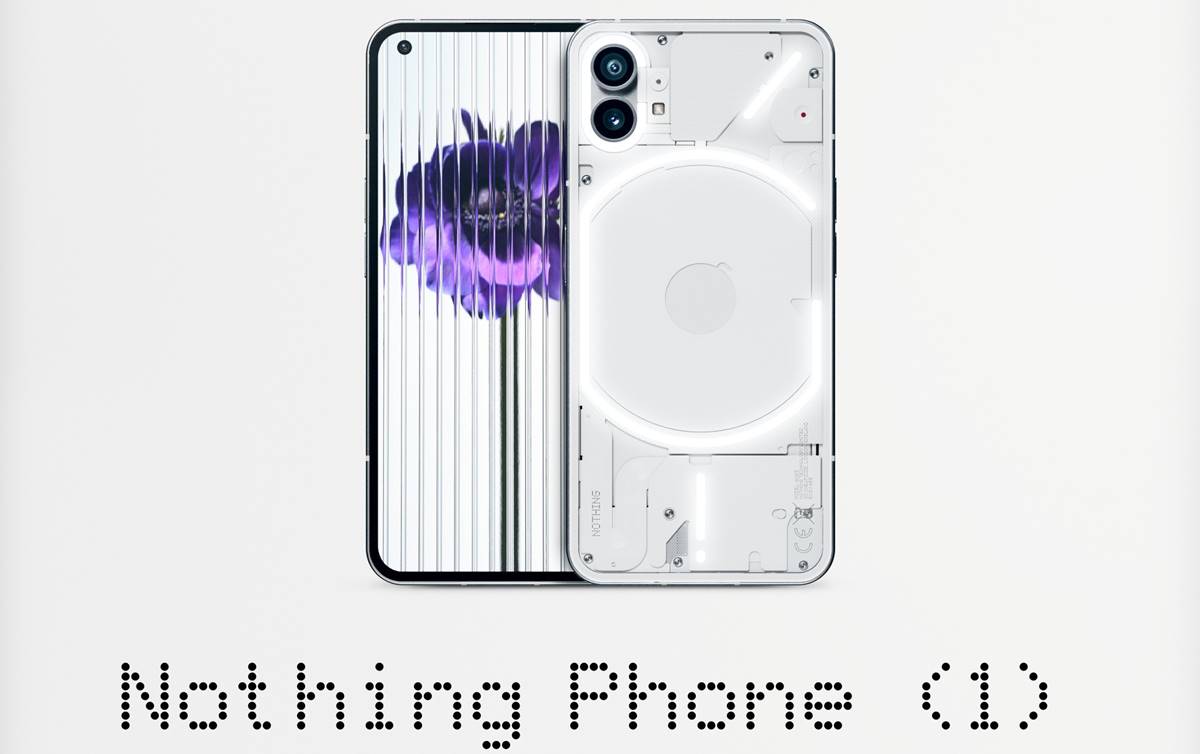 After a long wait of more than 6 months, Nothing officially launched Phone (1) in its Return to Instinct event, where we got to know its specifications and all the features.

Besides, some other details such as its price and availability are also on the list so let’s discuss them below.

The most exciting smartphone has been launched in many countries but is not launched in the US. Maybe it will soon make its debut in the US or its next generation because, in the UK, it was also stated as “Apple’s competitor”.

I believe its design plays a significant role in the popularity of Nothing Phone 1. Its unique Glmph interface attracted many customers and made them think this smartphone has something different from the market’s other smartphones.

Besides, it has a semi-transparent design that shows an inside layout inspired by the 1972 New York Subway Map, which Nothing has already been done with Ear (1), and its back panel has around 900 LED lights in a blinking round shape. 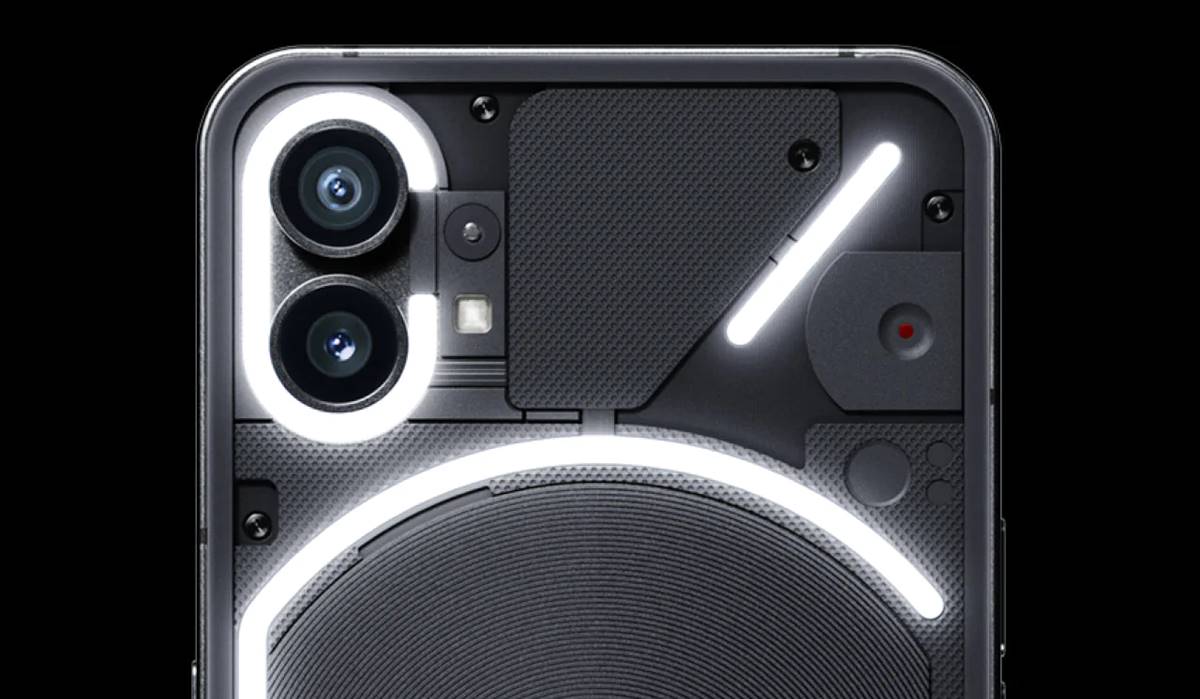 That can perform in different patterns with your notifications and calls, and the side chassis is made with recyclable plastic. It looks like iPhone’s side view, and there are volumes up & down and a power button.

On the bottom, there are dual stereo speakers, a charging port, and dual nano SIM port with a new up & down design. 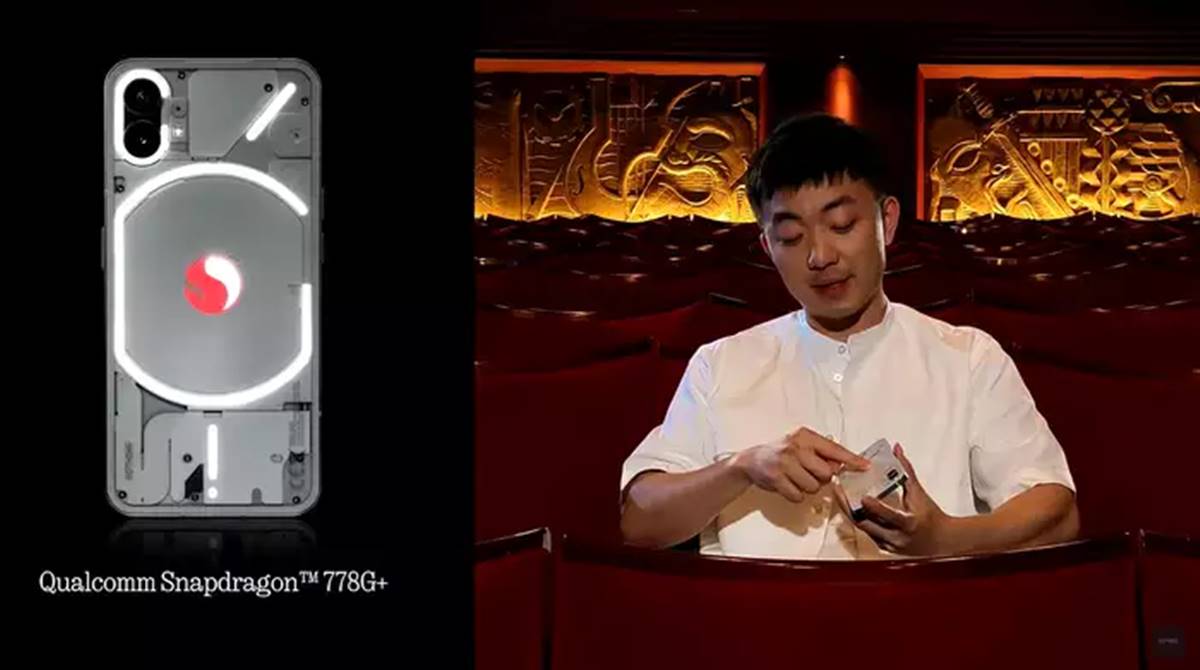 The smartphone is powered by a reliable & powerful Snapdragon 778G+ chipset that process on 1.8GHz base speed, and it has Adreno 642L GPU. As people were saying, this chip is not stronger as other latest flagships.

The company CEO, Carl Pie explained why they used this chip instead of the latest Snapdragon 8 series because they want to make this smartphone affordable, and as it is their first smartphone, they used a successful chipset.

It launched in three different options, and these options from RAM 8/12GB LPDDR5 paired with 128/256GB UFS 3.1 storage.

Nothing Phone (1) runs on NothingOS based on Android 12. This operating system is said to have lesser pre-installed apps, and as Carl said, “let’s keep all useful apps without wasting time on making our own”.

This operating system has custom fonts, graphics, and sounds matching with LED lights so you can play with them. And the company claimed to provide software updates for three years.

This device retains a 6.55-inch flexible OLED display that supports a 60Hz – 120Hz adaptive refresh rate and other features such as Corning Gorilla Glass and support of HDR10+ with 10-bit color depth. 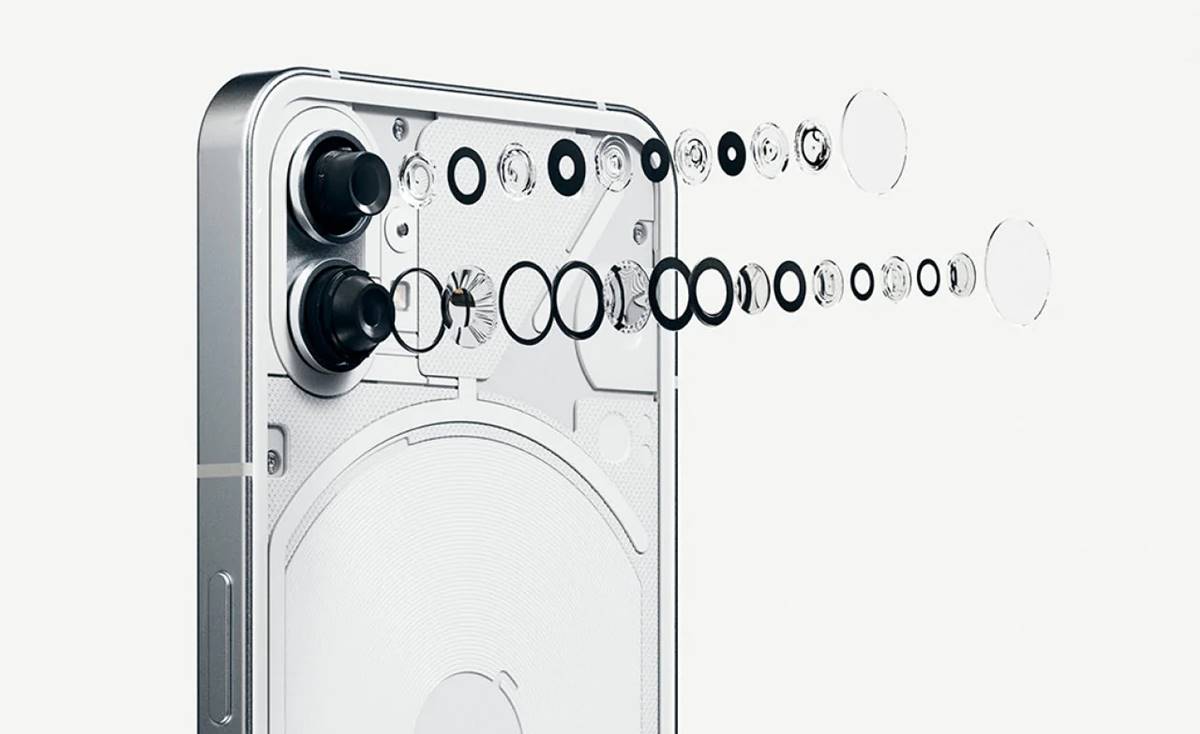 Now, let’s head camera section. Nothing Phone (1) has a dual-camera setup to provide you with clear and detailed images, and these camera lenses are powerful instead of adding 3 or 4 sensors.

There is a 50 MP primary camera, the Sony IMX766 sensor, also present in the OnePlus 10R. For more details, it has a ƒ/1.88 aperture, and its sensor size is 1/1.56mm. And it comes with both significant image stabilisation, the OIS and EIS.

And its secondary camera lens is a Samsung JN1 sensor with 50 MP, and its aperture is ƒ/2.2 and the best part about this sensor is that it has a 114° field of view so that it can capture wide images.

On the front, it has a 16 MP Sony IMX471 sensor for selfies and high-quality video calling
with features such as Live Photo, HD Portrait, Google Filter, Beauty Mode, and Night Mode. It supports 1080p video recording at 30 fps.

Besides, its back camera’s other modes are: 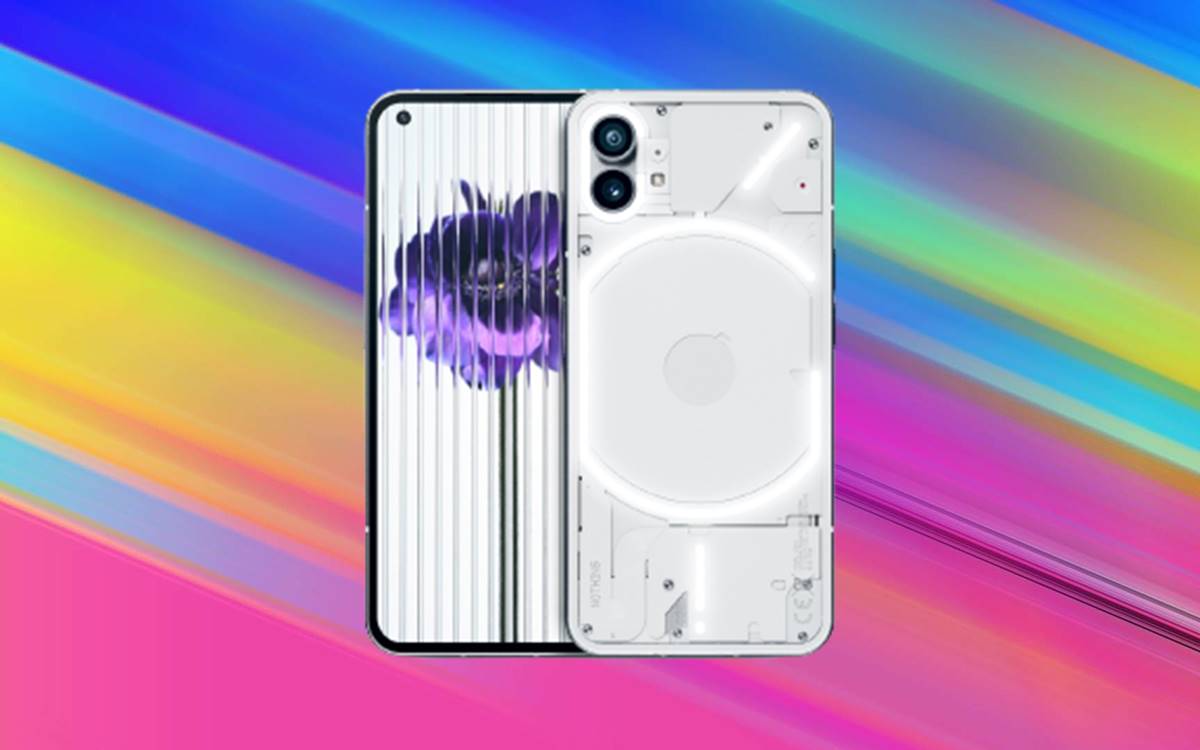 Nothing Phone 1 has a 4,500 mAh battery with 33W USB-C wired charging support that can fully charge in 70 mins, as the company claimed.

It has 15W Qi wireless charging with dual charging support and can fully charge in 120 mins. It also has 5W reverse charging that can charge your Nothing Ear (1).

What’s In The Box

The box includes Nothing phone(1), Type-C cable, Safety information & warranty card, Screen protector (pre-applied), and SIM tray ejector. And it boxes made with recyclable material, and it is slim & plated.

The Nothing Phone 1’s weight is 193.5g, and Carl Pei explained it is lighter than iPhones because it is built with hard & recyclable plastic, which makes it lightweight, and iPhones are built with the metal body from the outside.

Phone (1) uses in-display fingerprint or facial recognition for unlocking it. And it is an IP53-rated, Gyroscope sensor, Ambient Light Sensor, and on the backside, it has a mini red light that blinks when you record a video. 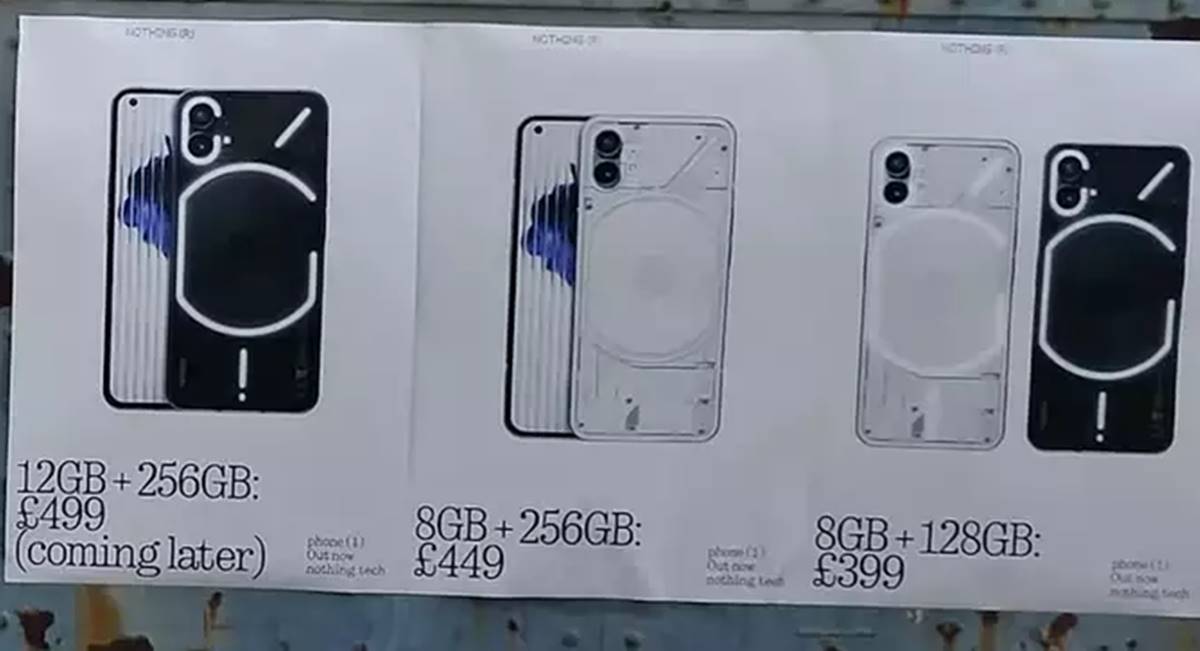 It is available in many big countries, such as the major country in Europe, India, Thailand, Japan, Hong Kong, Singapore, Taiwan, UAE & Saudi Arabia, and the Philippines.

The device will be sold at the store starting on July 16 at 10 AM local time at a Nothing pop-up kiosk in Covent Garden in London.

The first official sale starts on July 21 on the Nothing website. In India, you can buy it from Flipkart after July 21 at Rs 31,999 starting price.