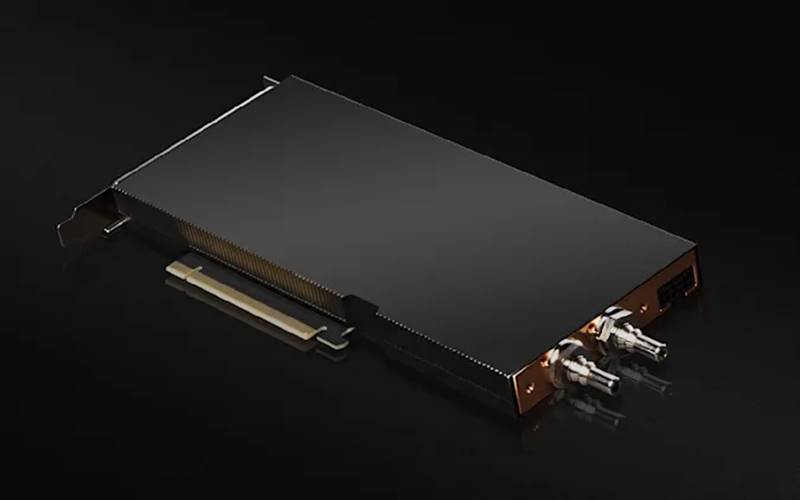 Previously, a tipster suggested that Nvidia would launch its Lovelace RTX 4090 graphic card in mid of July this year. Including he also tipped its specifications and power consumption.

As Nvidia is selling, it’s well performed Graphic cards for gaming. Still, they come with air cooling capability only directly from OEMs, and any third-party hardware can install liquid cooling.

Nvidia’s All Announcements At Computex 2022

The company introduced a liquid-cooled version of its A100 compute card, which will launch at the end of this year.

These chips are built for Data Centers to manage works smoothly without any heating performance because managing massive data might overheat the chips shows even on air-cooling.

Now liquid cooling will not work like magic, but it is way better to control the chip’s heat, although the liquid cooling users know it for their CPUs.

But, for now, the company only produced it for the Data Centers to provide more performance with less power consumption because it consumes 30 percent less energy than the air-cooled version of A100 GPUs.

It also offered the names of new games that can now support DLSS:

For more details, you can check the official report.

Asus manufactures this monitor in the brand of the Asus ROG Gaming Swift, which includes the capability of Nvidia’s G-Sync certified with a first-time 500Hz support. You can also check its official statement.

Nvidia announced new gaming laptops as AMD did yesterday, but these high-end laptops will be powered by Nvidia’s RTX 3070Ti, RTX 3080, and RTX 3080Ti.

The OEMs such as MSI, Gigabyte, Asus, Acer, Lenovo, and more will produce them.