OnePlus is set to launch its OnePlus 11 series first smartphone, OnePlus 11, on February 7, but according to some of the latest leaks, OnePlus might be planning to launch one more smartphone from this series, which would be OnePlus 11R.

Besides, there are also some more rumors regarding OnePlus’s other products, which will be unveiled by it at this Cloud 11 event. 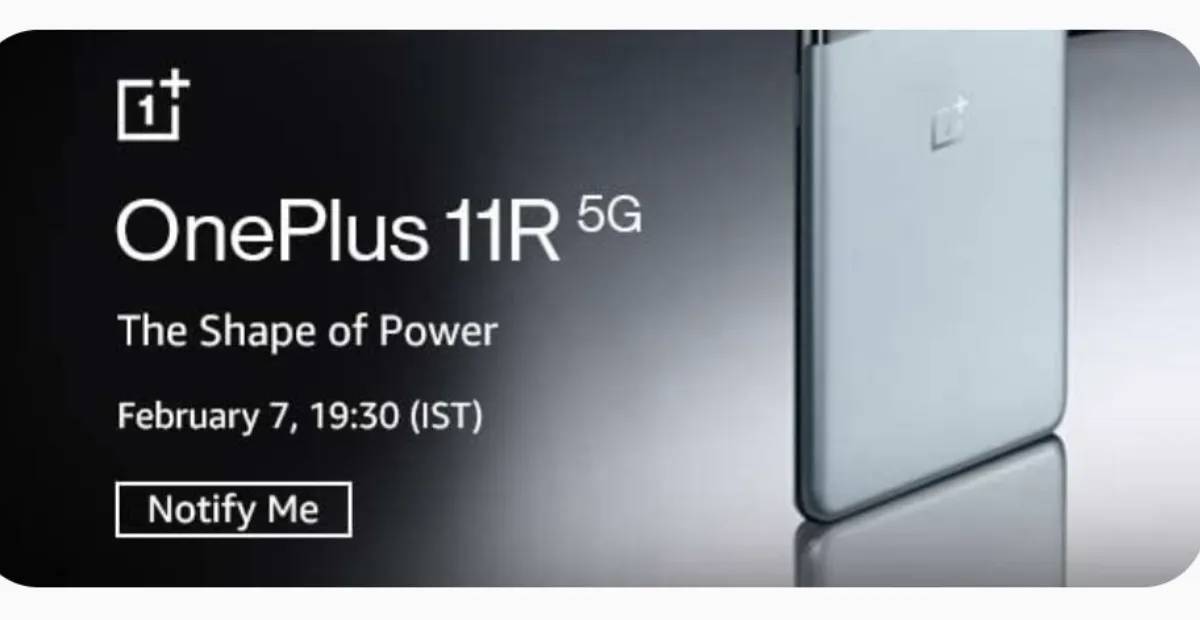 Last month, OnePlus officially announced its global launch event, which is called Cloud 11, and it also revealed that it is set to launch OnePlus 11 (Vanilla model) at this event.

But the well-known E-commerce platform Amazon has accidentally leaked that OnePlus is also planning to launch OnePlus 11R 5G at the same event.

As you can see in the below tweet, multiple users got a notification from Amazon that clearly states that OnePlus 11R 5G’s launch date is February 7.

And just when I thought it was all done, now this…..😂 pic.twitter.com/EdffF9mTsb

Firstly, it was supposed to be a wording mistake by the company in OnePlus 11’s promotional campaign, but if it was a mistake so it won’t repeat in the featured image.

While according to the MySmartPrice website, OnePlus 11R will likely arrive with 100W charging capability, and it would feature a design similar to the OnePlus 10T. Also, OnePlus 11R’s launch is already long-rumored on Twitter.

Currently, there is not much information or leak regarding its specs and design, but you can check out the expected specification and other details of the OnePlus 11 in this article.

Separately, OnePlus itself confirmed OnePlus Buds Pro 2‘s launch at this event, and the OnePlus TV Q2 Pro and its long-rumored mechanical Keyboard are expected to join this event’s launch list.

Now, some leakers are also pointing to OnePlus Tab because it is already rumored to get launch this year.

In conclusion, OnePlus is going to launch its many products in this Cloud 11 event so stay tuned to our website to receive every update related to all upcomings from OnePlus.