As spotted earlier, OnePlus is working on a new Nord flagship named OnePlus Nord 2T. It is the next-in-line smartphone of last year’s launched OnePlus Nord 2. A Chinese tipster has tipped its first look and specifications.

The latest leaks are coming from Digital Chat Station, which shows the upcoming OnePlus Nord 2T renders with a couple of images. 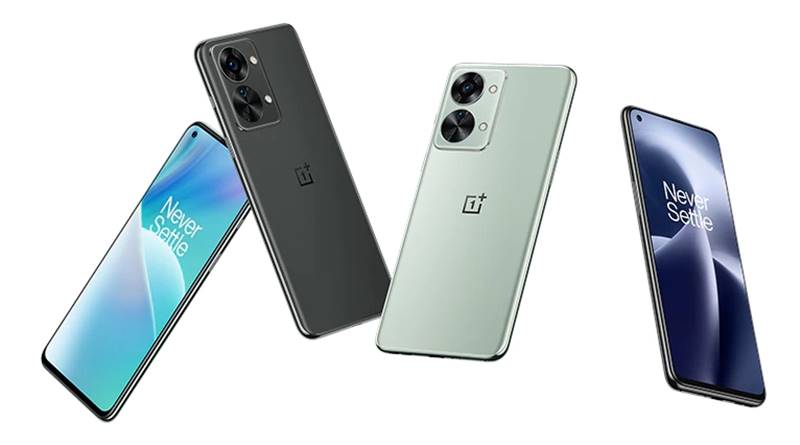 A reliable tipster named Digital Chat Station from China has shared on Weibo the first look of the OnePlus Nord 2T that show its design and two color options: the Charchol Black and Light Olive.

With images, it seems to have a plain back panel like OnePlus Nord 2, but OnePlus Nord 2 was launched with a Pac-Man edition, so it was different, but we related to its base model here.

Its back panel also contains a rectangular small camera bump that features two flashlights and two big circles with three camera lenses, the larger one in the upper and left lens and an AI sensor in the lower circle.

In another image, its display also appeared with a punch-hole cut out for the front camera on the left side, and the device marks an almost bezel-less display.

According to MySmartPrice’s report, The OnePlus Nord 2T 5G certificate registration has been seen on multiple certification websites like NBTC, TDRA, GCF, etc.

Additionally, the Digital Chat Station on Weibo has also suggested some of its main specifications, such as the chipset and, battery & charging capabilities. 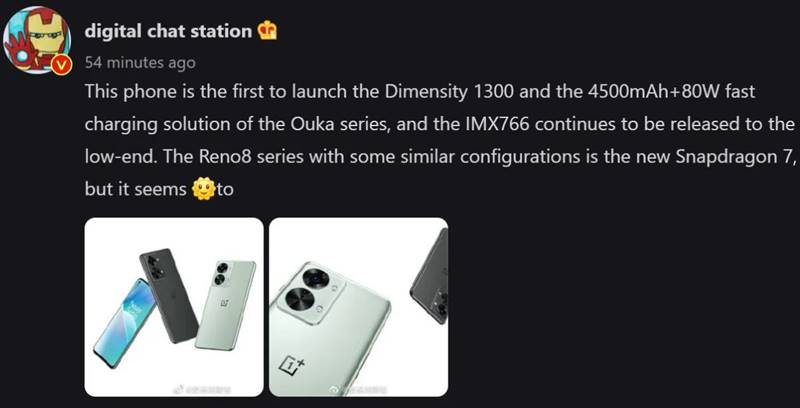 OnePlus Nord 2T 5G will be the first smartphone to be powered by MediaTek Dimensity 1300 chip (6nm) with an octa-core CPU. In addition, this smartphone will also retain the Hyperboost gaming mode like the newly launched OnePlus 10R because this chip includes HyperEngine 5.0 gaming technology.

The handset will contain a powerful 4500mAh battery with the same 80W fast charging capability as the OnePlus 10R.

The smartphone contains 3 back cameras; according to the tipster, the primary camera will be a 50MP Sony IMX766 lens, which is also the same as the OnePlus 10R.

As previous leaks suggested, the second camera might be an 8MP ultra-wide-angle camera and another a 2MP macro sensor. The handset would get a 32MP selfie shooter.

Recent leaks have suggested a 6.43-inch Full HD+ AMOLED display with a 90Hz screen refresh rate. Currently, there is not much information about its display.

These all details are leaked, and some are expected. Currently, the OnePlus officially hasn’t revealed anything yet.