If you like the well-known battle royale game, of course, PUBG Mobile, for its realistic Battle Royale environment, then it is possible that its next event may not please you, as it will be a crossover based on a well-known monster movie. Recently, through its Twitter account, PUBG Mobile just announced a new collaboration with the film about to come out.

WoW! PUBG Mobile Get Another Crossover Based On This Movie

If you like PUBG Mobile for its realistic Battle Royale environment, then it is possible that its next event may not please you, as it will be a crossover based on the well-known monster movie Godzilla. Recently, through its Twitter account, PUBG Mobile announced a new collaboration with the film that is about to come out, Godzilla: King of the Monsters.

However, the fact is that the publication did not mention what kind of content will be included these days, as the players were invited to parachute and search for clues about the imminent arrival of the monster. However, this can not be taken as a confirmation, as some people claim that this means that Godzilla will make an appearance on the mobile title map.

Also Read: PUBG Mobile: 5 Things To Avoid In The Game

On Twitter, some players of PUBG Mobile have reported that they are finding some shirts with prints of the great kaiju, as well as walls and floors that have painted some of the most famous monsters of the well-known Japanese franchise. 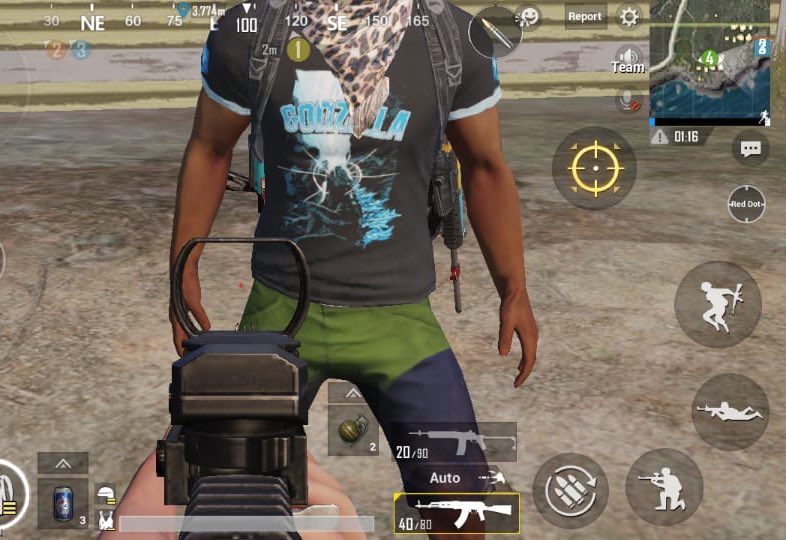 Everything indicates that Godzilla itself did arrive at PUBG Mobile, although at the moment, we don’t know the exact date. However, the Godzilla: King of the Monsters movie will be released this May 31st, and it could be a good sign.

While PUBG Corp. is not the only company that signed an agreement with Warner Bros. Pictures to mention the terrifying dinosaur-like reptile, however, we should remember that the tech giant Microsoft presented an exciting contest in which it is raffling 4 “Xbox One X” themed consoles with details of some of the most powerful kaiju.

Also Read: How To Unban Your Device In PUBG Mobile (Fast and Easy)

Moreover, apart from all these things, let me make you all remember the new record which the PUBG Mobile recently achieves; yes, PUBG Mobile has created a new record of active players per month, as we reported here earlier. So, what do you think about this? Share all your views and thoughts in the comment section below. And if you liked this post,, do not forget to share this post with your friends and family.