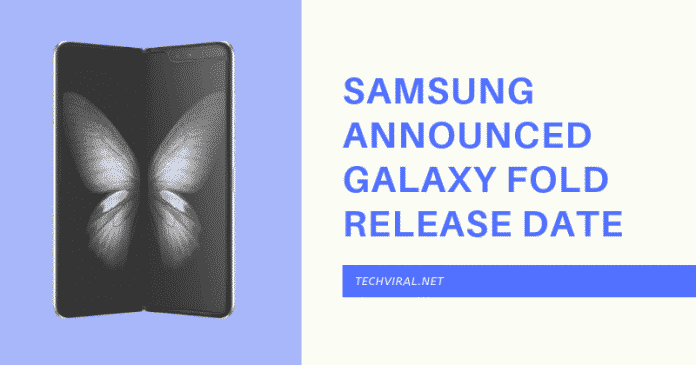 Samsung has finally decided to relaunch its first fold-able smartphone, Galaxy Fold in September. The South Korean company faced a lot of criticism from tech experts for the build quality of Galaxy Fold; the primary issue was the breaking of Galaxy Fold’s display.

Samsung promised to relaunch its fold-able smartphone in September and kept the dates a secret. But a Korean media company suggests that Samsung has chosen 6th September as an official date for the launch event.

The launch event clashed with Europe’s biggest trade show off in Berlin, Samsung couldn’t let go of this opportunity and therefore decided to use IFA 2019 as the launch platform for Galaxy Fold.

However, Galaxy fold was set to launch in April this year, and tech reviewers were not satisfied with the display. Few of them reported of Galaxy fold’s screen breaking down. This forced the Korean tech giant to cancel all the pre-orders.

Samsung stated that most of the flaws in Galaxy fold were fixed and were planning to set the launch date in July, but that was not the right time to unveil the “fixed” Galaxy fold device. The company didn’t disappoint its followers and launched one of the most exciting series, Samsung Galaxy Note 10 and Note 10 Plus.

According to the Korean media report, Samsung previously had plans to launch Galaxy Fold in late September but decided to bring the launch date to early September. The US and China might receive a September arrival; however, no exact dates have been put forward yet.