Samsung Galaxy Z Flip 4 is to launch in the fall of this year, but its specification list is shown up by a well-known tipster that suggests a new chip and improvement to the battery.

Recently, The same tipster has suggested the complete specifications of the Samsung Galaxy Z Fold 4, which includes nothing much new but changes in display size. 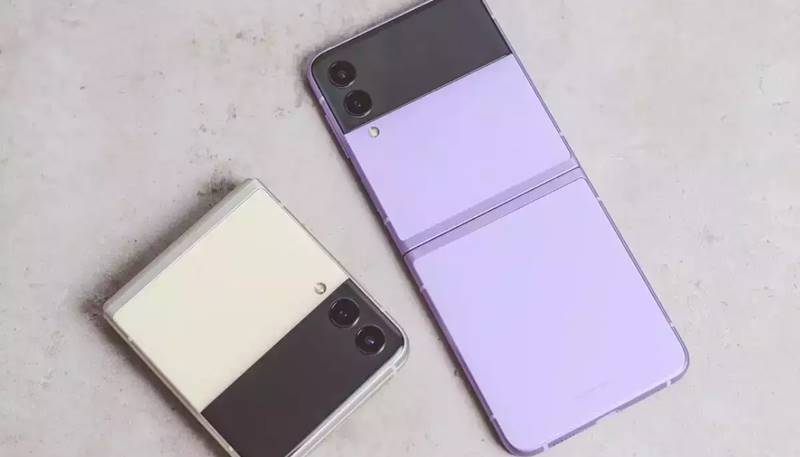 Reliable Yogesh Brar has tipped the complete specification list of the upcoming Samsung Galaxy Z Flip 4. We can rely on these tipped specs; it seems connected with earlier, and his record in specs leaks was remarkable.

Let’s decode all these details and discuss them briefly and identify what new is coming.

Samsung Galaxy Z Flip 4 might retain a 6.7-inch  FHD+ sAMOLED flippable main display with the support of a 120Hz refresh rate. Its external display would be a 2.1-inch sAMOLED.

The device’s main display is the same as the previous version, but size changes are noted in the external mini display. The Samsung Galaxy Z Flip 3 had a 1.9-inch external display.

The handset would be powered by Snapdragon 8+ Gen 1 SoC, which is a significant upgrade from earlier. And about its RAM seems to be the same 8GB RAM paired with 128/256GB of storage.

Samsung Galaxy Z Flip 4 runs on Android 12 based on Samsung’s OneUI 4. We might see a change in it with time.

The flippable smartphone will come with dual cameras with a 12MP primary lens & a 12MP Ultra Wide lens, and a 10MP selfie shooter.

All these camera specs are the same as Samsung Galaxy Z Flip 3, and we can expect changes in their functionality.

The Samsung Galaxy Z Flip 4 would have some serious upgrades in the battery. There might be a 3,700mAh battery with 25W wired charging, while the previous one had 3,300mAh only with 15W wired charging.

There is also 10W wireless charging, same as earlier, and these upgrades we also noted in a recent report with proofs.

Samsung Galaxy Z Flip 4 is expected to launch in the fall season, and the website that showed its render images has noted that it may launch on August 4, 2022.