The Korean brand is going through its best moment. And, after the decline experienced last year with the Note 7, the recovery has been noticed. The two Galaxy flagship of the moment, the Galaxy S8 and the Note 8 are breaking all records.

Of course, the brand knows that it cannot sleep for the next generation. Especially after the presentation of the iPhone X, a smartphone with which Apple has finally included screen without borders.

The Samsung high-end is the maximum reference for Android. However, the brand does not forget that its mid and low range devices are also among the best selling devices. Since, although none of its “small” are positioned as the most sold, together they generate more profit than their own high range. For this reason, one of the ranges that the Korean is putting the most is the Galaxy A. So that the Galaxy A (2019) will include features of the high range.

In spite of the improvements that we will see in the next terminals of Samsung, it is not possible to be ignored that the innovations always come from the hand of the high range. Without going any further, the Note 8 was the first Galaxy to have a double camera.

As well as the Galaxy S8 was the one that released the Infinity Display technology. And, in the same way, it will be a Galaxy S or a Galaxy Note that will bring the next great feature: the fingerprint sensor under the screen. 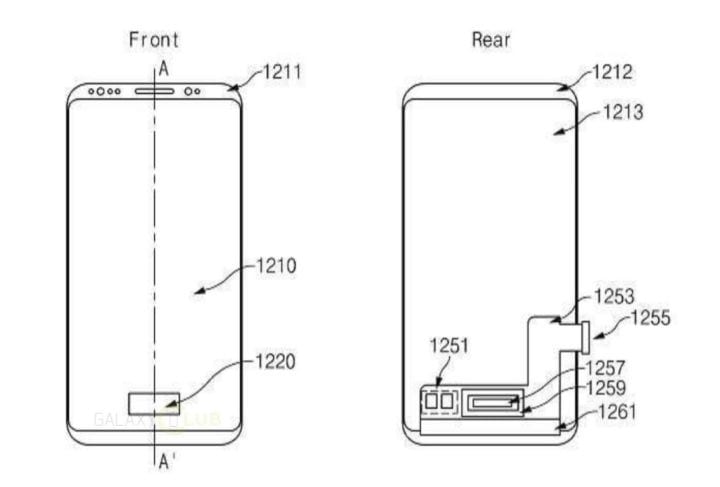 As we have learned, the South Korean patent office has just accepted a new document owned by the South Korean giant Samsung. Specifically, it is a sketch in which it shows what would be the configuration of a fingerprint sensor under the screen. Since their circuitry and hardware would go immediately after the panel, but their control could be done through it.

The registration of this document suggests the development of this component by the South Korean giant Samsung. Since it is a possibility that has been shuffling since before the launch of the Galaxy S8. However, sources close to the brand such as SamMobile, claim that its development will not be ready for the presentation of the Galaxy S9.

So that would be the Note 9 the first Galaxy to include this novelty. With this technology, the brand will get rid of the bad reviews that have raised the current situation of the fingerprint sensor. In addition, that will attract a large audience called for innovation.

Does the Galaxy S9 will arrive with the fingerprint sensor under the screen? So, what do you think about this? Simply share your views and thoughts in the comment section below.