Just imagine a smartphone like the models of a decade ago that combined a sliding physical keyboard with a touchscreen. Yes, it may sound quite odd, but, the new patent of the South Korean giant Samsung has revealed a new sliding smartphone.

Imagine a smartphone like the models of a decade ago that combined a sliding physical keyboard with a touchscreen. That’s the new Samsung patent, but instead of keeping the keyboard, betting on a Dual touch panel. Innovation and return to the classics like the Samsung Gravity.

When the touch screen began to gain prominence in mobile phones, the QWERTY physical keyboard was losing space on the front of the phone, unless it was called Blackberry to extremes to make less than half of the front surface of the terminal. The arrival of the iPhone in 2007 changed the rules of the game, and many chose to eliminate physical keyboards and use virtual QWERTY keyboard. But we must remember that on-screen keyboards did not enjoy much acceptance at the beginning, which is why manufacturers such as the Finnish company Nokia with the N97 or Samsung with the Gravity family mixed both concepts.

The Samsung Gravity with sliding keyboard

The first Samsung Gravity, released in 2008, and it was a ‘feature phone’ with the physical keyboard that also hid a second ‘keyboard’ in landscape mode that appeared when sliding the front of the terminal. This concept was followed for some years until it was abandoned. Although it seems that Samsung is precisely seeking to continue it, or at least it is what the latest known patent of the company seems to imply.

Willing to reinvent the smartphone for the next few years, the South Korean giant Samsung has an eye on the present and another in the future. We have seen Galaxy patents that look like the reverse versions of a Nintendo 3DS; it’s already more than evident Galaxy X flexible screen with mobile concepts that would mix folding enveloping screens with this design type. And today we see a return to that Gravity family, but with a current touch. 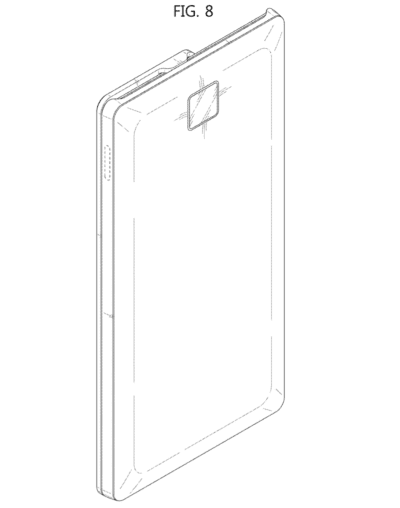 Take the Samsung Galaxy Note 8 for example, and now imagine that we put on the front a second touch screen, only half as big (as long) as the main display. In addition, that extra panel can slide over the main screen of the phone. That is, broadly speaking, the latest design patented by the South Korean giant Samsung. 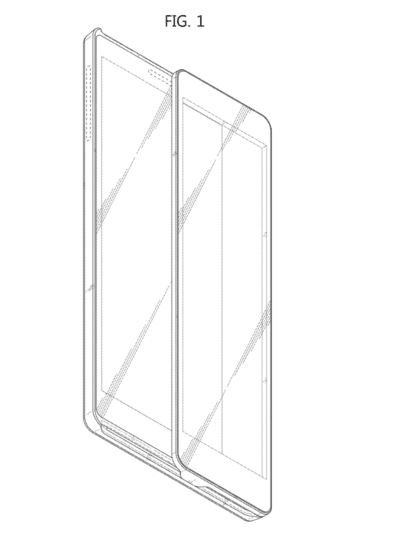 With the idea of mixing the concept of mobile + tablet, this Dual screen design would be designed for this very purpose, since extending the auxiliary panel to one side would have a wider main screen and therefore the ‘landscape’ concept that the company is looking for but without having to open the terminal or add a flexible screen. 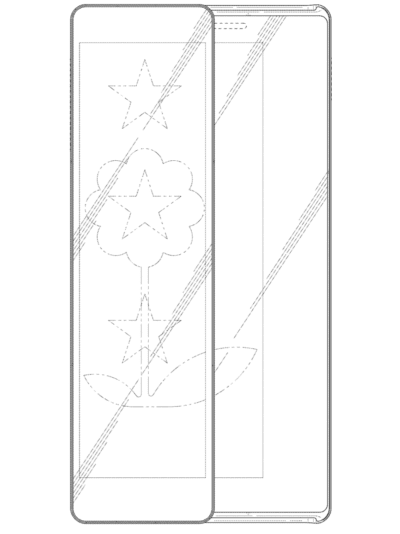 The rest of the time we would have a secondary ‘floating’ screen over the main one. At least a curious design that joins the entire fleet of Samsung patents that we have seen in just two months.

So, what do you think about this new patent of the South Korean giant Samsung? Simply share all your views and thoughts in the comment section below.