Learn how to save data when using your favorite social media apps using the simple trick that will help you to save lots of bandwidth while using different apps. So have a look at the complete guide discussed below to proceed.

People Nowadays are becoming a lot more familiar with social media platforms, and they also tend to use these networks to communicate and convey their life events’ messages to others. Various social media platforms are trending nowadays, and each other popular social media is vastly differentiable in case of their prospects and functions being provided. Due to the craze, users are almost non-stoppable in getting themselves on all social media. Examples include Facebook, Twitter, Snapchat, etc.

While the users surf through social media, there is a usage of data; sometimes, the data gets exhausted much faster than normal in some social media functions. The end users always pretend to grasp the option to save their data during social media usage, but it is impossible to attain it as social media lack the preferences for that. Fortunately, there are numerous other ways to save data on almost every major social media platform. Here in this article, we have written about the methods through which data usage could be shortened while working on Social media platforms. If you want to know about the method, then you can learn it but just read the whole post given below before that!

How to Save Data When Using Your Favorite Social Media Apps

Almost every person on the planet who owns a Facebook account tends to use it more than once a day on average. This is why Facebook is so much popular in the world. Now consider if you are to use Facebook daily and if you could save even a small amount of data on every use. This could help you prevent the loss of huge amounts of data for the whole year.

If you consider that it should be saved, you should turn on the data saver for it. To do that, tap on the three lines icon placed on the top corner of the Facebook screen inside your account. This will reveal several settings options; find the Data saver option, and turn it on. That’s all; further, you could also set some more settings that appear under it! 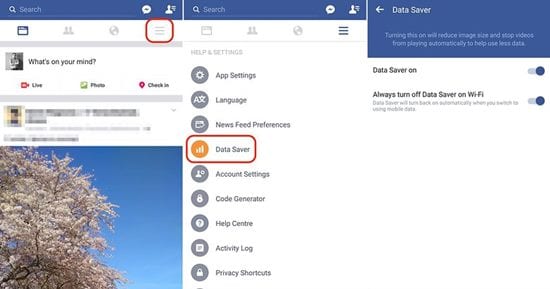 Similar to Facebook is another social media platform that is extremely popular among users. It is also an extensive data-exhausting service too. To save the data while using this app, you should too on the Cog button for the options and then, under the settings that appear to, look for the Mobile/Cellular Data Use option. Tap on this option, and you will notice another option named Use Less Data on the screen. Simply turn this option on. 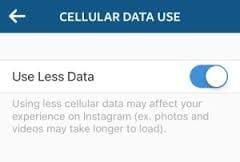 This is the latest social app but is highly filled with many data-consuming features. If you have used this app, you must know how much data it consumes to carry forward any internet activity. This data consumption can be shortened by making slight setting changes. For that, go to the snap chat screen and look for the cog icon in the top-right corner. Tap on it and then scroll to the settings page that looks for the Additional Services option. Click on it and then tap on the Manage option ahead of that. Simply Turn on the Travel Mode from the screen, and you will be all done. 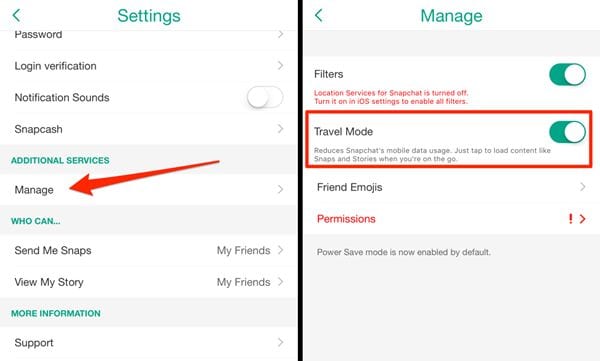 Well, tech giants like Google, Facebook, and Twitter want everyone to use their services. So, they also have a lite version of their full-featured apps that can run on a low-end smartphone. These apps consume much less data than the full-featured ones, requiring less space to install on your Android.

Messenger Lite is another best app from Facebook, which is fast and data-efficient. Guess what? It needs just 10MB to install on your smartphone, and it also helps users save some data by eliminating data-hogging scripts and trackers. The app saves data, and it loads fast. It can even run on low-end Android versions like Android 2.3 or higher.

Just like Facebook, Twitter also has its lighter variant. Twitter Lite provides a faster, data-friendly way to see what’s happening in the world now. The app loads very quickly and can even operate on 2G or 3G networks. It also features a data-saving mode to download only the images or videos you want to see.

YouTube Go is not a social networking platform, but we use it more than social networking sites. Most of the data is spent on video streaming platforms. Talking YouTube Go, the app can help you to save lots of precious data because it features a download button that you can use to download videos for offline usage. You can also preview videos before you download or watch them.

Finally, you are at the edge of this article where you have got everything about the method through which you can be able to save the data while you are using your favorite Social Media Apps. This method would override the issue of banning your visit to the other screens for the only purpose of saving the social media data you generally use. We have provided you with all the stuff you would require to get the benefits, and all of you must be able to utilize the method.

Still, if you are facing any sort of issue, you can tend to get our support, and for that, you need to paste your problem inside the comments section. At last, if you faced no issues and got to the results of the method smoothly, go and share this article and even like it!